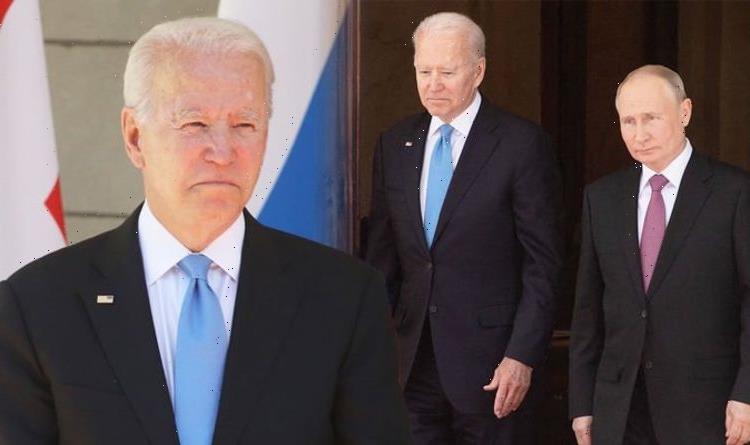 Joe Biden and Vladimir Putin met today for the first time to attend a summit held in Geneva. The body language of the Presidents may have shown a glimpse into their new relationship.

Biden and Putin were photographed together today with Swiss President Guy Parmelin.

While the three men stood together, Judi James explained Biden and Putin initially appeared “intent on ignoring each other”.

She said: “This meeting had been organised in a way to avoid any of the kind of more spontaneous engagement and power-posturing of the meeting between Trump and Biden back in 2018.

“Putin arrived first so that Biden wouldn’t be kept waiting. 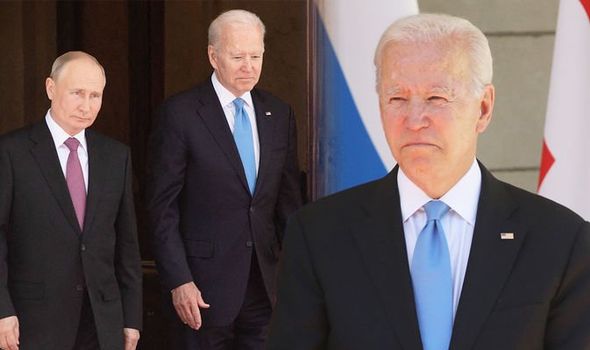 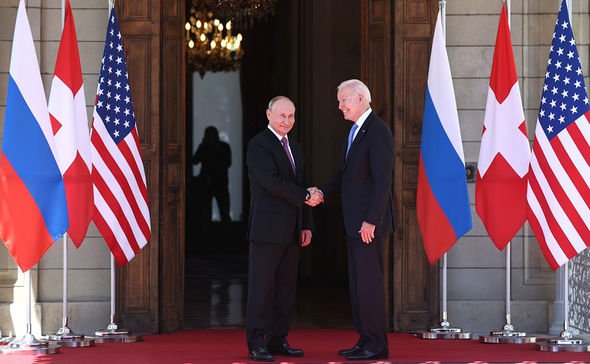 “When the men emerged for their handshake, the Swiss president stood between them like a supply teacher placed between two unruly children, pointing them into their spots on the stairs and only darting off quickly just before the handshake between the two world leaders who had looked intent on ignoring each other.”

When the two senior politicians were seen together alone, Judi claimed the union may not have been easy-going.

In fact, she suggested there were signs of “tension” in the body language of the US President.

This was visible when the two came together to shake hands.

“When his mouth dropped it became a mouth clamp with the corners pulled down, making him look mournful.

“He leant in for the shake, instigating the clasping of the hands using a cocked thumb to suggest some confidence although he also tried to close the greeting ritual down quickly, raising his other hand several times to gesture for them to get off into the building.” 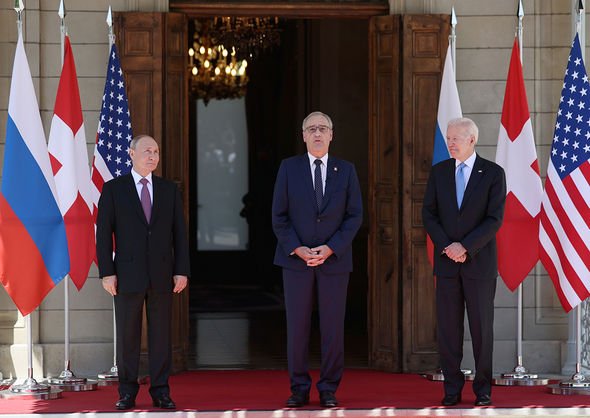 Biden and Putin have come together for talks expected to last for a few hours.

Before these kicked off, the Presidents once again posed together for photographs.

As they sat inside the room where the summit will take place, Judi suggested there were no signs of closeness.

Instead, she stated there were few non-verbal communications between them which made the relationship appear “frosty”. 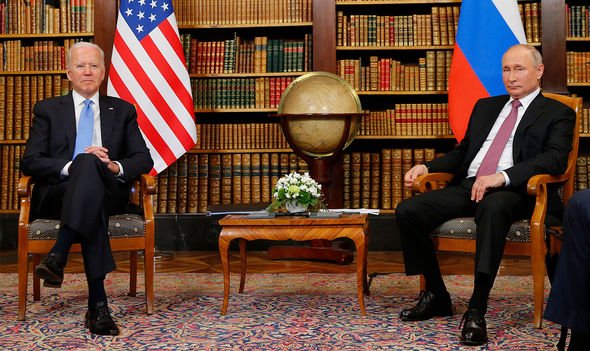 The expert continued: “There was little eye contact or non-verbal communication between the two men.

“This lack of eye-attention and engagement was continued during the frosty photo-call when both sat staring out.

“Putin was in a relaxed power pose, with his legs splayed and stretched, and Biden in a less relaxed and more self-protective pose with his legs crossed and his arm across his lap.”