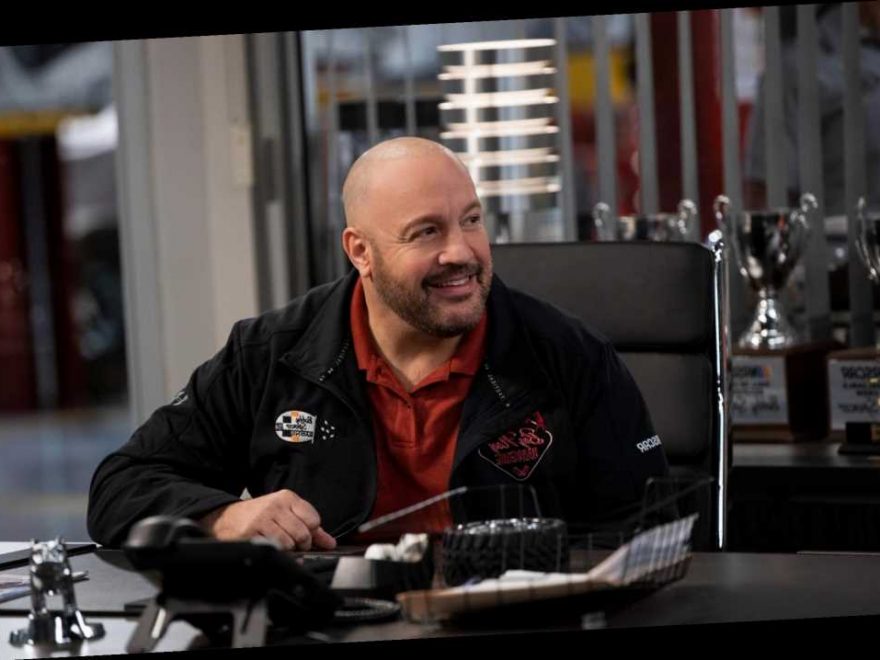 On Feb. 15, Kevin James will step into the world of professional car racing for his latest television project, and PEOPLE has an exclusive look at the series.

NASCAR drivers Ryan Blaney, Austin Dillion and Cole Custer are all set to make cameo appearances on The Crew, alongside NASCAR pit reporter, Jamie Little, who will also play herself in an episode.

When the team's owner steps down and leaves the team in the hands of his daughter, Catherine, James' character must prevent layoffs as she attempts to modernize and whip the garage into shape. In an exclusive clip from the series, James' character encounters two of the NASCAR stars at a bar.

After Catherine (Jillian Mueller) sets down a bucket of beers for Kevin and a friend at their table, she informs the pair that Blaney, 27, picked up the group's order of wings before the waitress could grab them.

As Kevin turns around to investigate where the group's meal is, he sees Blaney sitting beside Dillion, 30, as the NASCAR driver playfully teases the group by licking clean his finger — specifically his middle finger.

"Hey, what are you doing?" Kevin asks the duo before Blaney replies back, "We figured you had enough wings." Kevin then tells the two, "We just sat down," which prompts Dillion to answer back, "No, we mean like in life."

Dillon and Kevin continue to exchange barbs in the humorous scene.

Earlier this month, Netflix announced the release of The Crew and shared the series' first trailer.

The streaming service also revealed that the show's cast will also include Bruce McGill, who will play the retired founder of the Bobby Spencer racing team, while Paris Berelc will star as Jessie, a promising young race car driver who Catherine wants to replace current driver Jake (played by Bridgerton's Freddie Stroma) with.

This marks James' return to TV after his CBS sitcom, Kevin Can Wait, was canceled in 2018 after two seasons.

The Crew premieres Feb. 15 on Netflix.