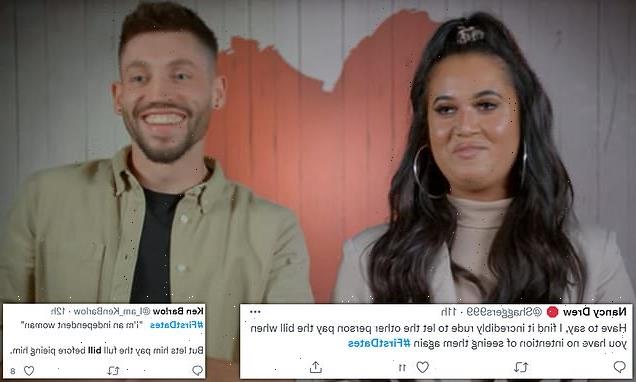 First Dates viewers were left gobsmacked at the ‘incredibly rude’ behaviour of a woman didn’t split the bill with her suitor before dumping him.

Recruitment consultant Macy, 21, from Barnsley, appeared on the Channel 4 programme last night as she was set-up on a date with electrician Sam, 25, from Rotherham.

The two appeared to hit it off on the date, with Sam even paying the full-bill at the end of the meal – before Macy confessed she didn’t fancy him and wouldn’t want to see him again.

Many of those watching were left baffled by her behaviour, with one writing: ‘She knew she didn’t fancy him and wouldn’t see him again but she let him pay the whole bill. That’s unkind in my opinion.’ 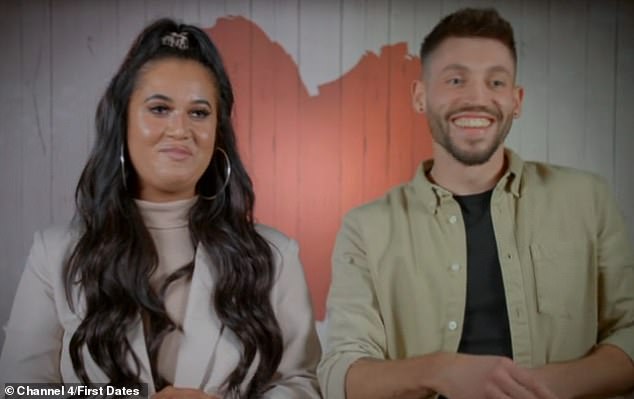 Recruitment consultant Macy, 21, from Barnsley, appeared on the Channel 4 programme First Dates last night as she was set-up with electrician Sam, 25, from Rotherham

Another wrote: ‘Have to say, I find it incredibly rude to let the other person pay the bill when you have no intention of seeing them again.’

Ahead of the date, Macy said: ‘My dating life has just  been a complete and utter disaster.

‘Every boy is the same, men are all the same – I know they’re not, I know there are some good ones out there. I just haven’t met them yet.’

She said they ‘don’t have their heads screwed on’. saying: ‘I’m looking for someone who actually wants a relationship and love.’ 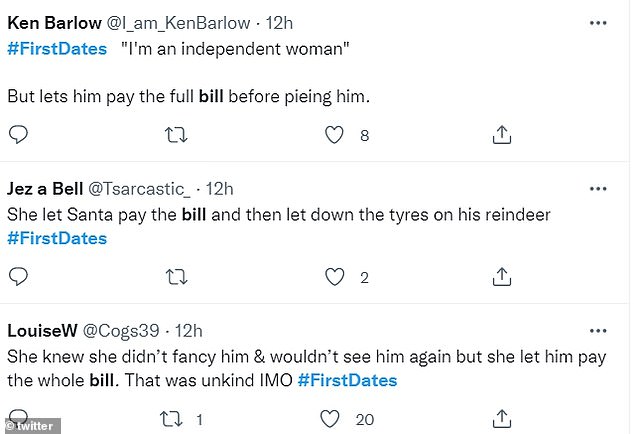 She confessed she was attracted to men who wore ‘tracksuits and chains’ and had tattoos, adding: ‘I’m always into the work trouser, paint all over them and scruffy. Just whip out the screw driver and I’ll be drooling anyway.’

She was paired up with Sam, who said: ‘If Santa could bring me the love of my life for Christmas, that would be absolutely amazing.

‘I’m looking for someone chatty like me, someone loud. I love a nice pair of eyes and a big sort of smile.’

The two met and began chatting, discussing their local neighbourhoods, with Macy saying: ‘I can’t believe you’re literally from so close!’ 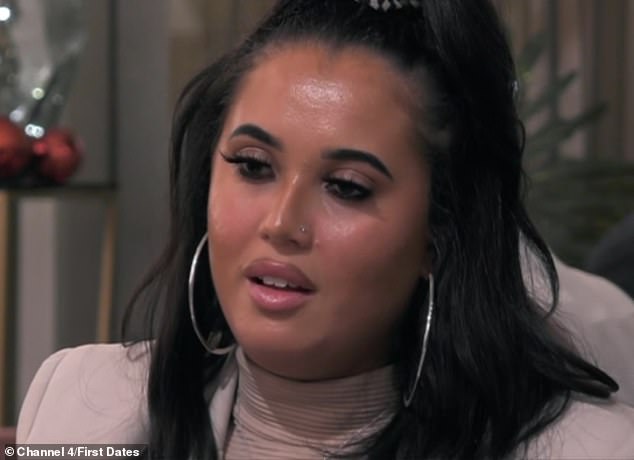 The two appeared to hit it off on the date, with Macy telling Sam her dating life was ‘a disaster’ and she would often go for ‘the wrong guy’

As the two took a seat at their table, they were served an appetizer before tucking into a second cocktail.

Macy confessed to him she found it attractive when a workman ‘looked right scruffy.’

She told him: ‘I do go for the wrong guys all the time, who give all this front about how much they like you. Then I fall for them and they’re like “Nah I’m not interested.’

‘The boys I’ve seen in the past have just been completely rubbish so when I go out I just make sure I always look my best and look good. I wish I didn’t care what boys thought but I can’t help it.’

Meanwhile Ryan told her: ‘My previous relationships haven’t gone too well. I was just a bit young and a bit stupid. My last relationship did end because I cheated. I was embarrassed. 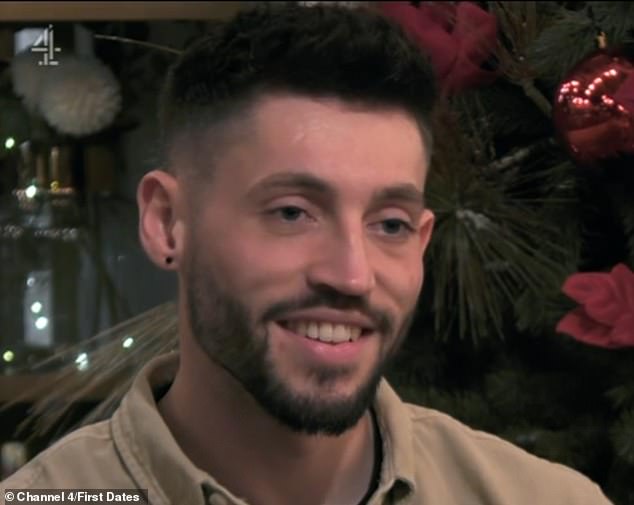 ‘I was lost in my own head and it’s taken a year to go, “Right, that’s not what you do in a relationship, no one deserves that”. It’s been nice to find myself and come to a nice place where I feel ready.’

Macy said: ‘As sh** as it is, it’s good that you know you did do something wrong.’

He said: ‘I went and spoke to someone, and why I couldn’t accept love well. For a long time, I was so emotionless, I couldn’t cry for about 10 years. It’s only recently I blub at everything.’

But as the meal came to an end, and despite allowing him to pick up the bill, she told the camera she wasn’t interested in seeing him again. 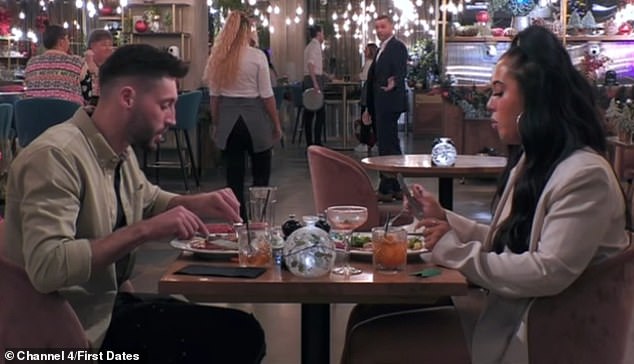 As the bill arrived, Sam paid the full bill, with Macy thanking him – before telling the cameras she didn’t fancy him and wouldn’t see him again

She said: ‘I really respected him for telling me, I think that was a really adult thing to do.

‘But I always have in my mind, once a cheat, always a cheat.’

She added: ‘I don’t even know whether to give him a chance because of how nice he is. I should probably give him one more chance.’

And as the two spoke in front of the camera, she told him: ‘I think you’re a really nice guy but there were just some things that it would be more kept as friends.’

He said: ‘This is mortifying. You’re proper hilarious and if people don’t get that then there’s something wrong with them.’

Many of those watching said they felt she had behaved badly on the date, with one saying:  ‘If you don’t want another date with them than go halves on the bill at least.’

Another commented: ‘Independent woman you say aye? Let’s see when the bill comes.’