For many, true crime is more an addiction than a mere genre. "I had a murder habit and it was bad," podcaster and author Michelle McNamara wrote of her need to explore unsolved killings. "I would feed it for the rest of my life."

McNamara's posthumous best-seller, I'll Be Gone in the Dark, an invocation of the Californian serial rapist and murderer she dubbed the Golden State Killer, spoke to that craving. McNamara was a journalist, an investigator and a seeker of justice. She was, in the best and sometimes worst of ways, obsessed. 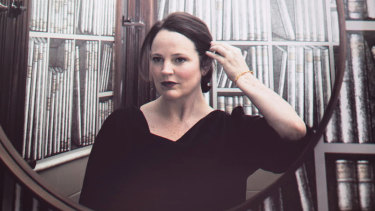 The six-part HBO adaptation of I'll Be Gone in the Dark, screening on Foxtel and streaming on Binge, closely traverses similar ground, following in McNamara's footsteps so that then and now start to feel interwoven. But in recreating the journey of McNamara, who died in her sleep in April 2016, before the book's completion and publication in February 2018, it offers a parallel commentary on why true crime grips its audience so tightly, and how our interest can become damaging.

It is a fascinating trajectory, in part because McNamara is such spirited company. Citizen detectives and later law enforcement officials who became collaborators would note her enthusiasm and openness. "I love digging for clues … I love the puzzling part of it," she would write (the actor Amy Ryan provides the narration), and in archival footage her obsession is touched with a giddy excitement, as if she's enthusing about a favourite pop star.

Eventually that gets blotted out by the shadows of her unknown subject's heinous crimes.

The six-part series understands that true crime offers a connection to inexplicable terror while holding out the hope of explanation and even satisfaction. But that appeal can be twisted in sometimes unnecessary ways.

Concurrently with the I'll Be Gone in the Dark screening, the Seven Network has been dabbling in true crime sensationalism, trying to stoke the embers of British backpacker Peter Falconio's infamous killing with Murder in the Outback before returning to the death of Azaria Chamberlain with The Lindy Tapes.

Murder in the Outback has been rightly excoriated for its headline claims of fresh evidence and questionable protagonists, but drawing a Sunday night capital city audience of close to one million suggests that it had a readymade and sizeable audience.

It proves true crime is the most sensational of genres – so rich in the nightmarish that devotees don't even need to fall asleep. It can reduce victims to chalk outlines and autopsy photos, and make the audience ghoulish collaborators in the negation. 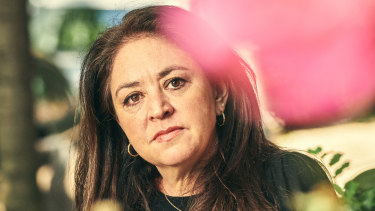 Both McNamara's book and Liz Garbus' documentary refute this. Beginning in 1976, the Golden State Killer would commit about 65 rapes and murders across California, and both works give identity and detail to the victims whether they're testifying or being remembered.

The damage done by the prolific assailant, who broke into homes and woke his targets, resonates in this detailed revisiting. Lurid recreations are eschewed in favour of unadorned description and images that speak to a distorted reality.

"We were just a piece of evidence in our own home," remembers one victim, Gay Hardwick, who after a harrowing experience found little support from police. As a historic study, I'll Be Gone in the Dark is damning in how rape was treated as a lesser crime, sometimes even the victim's fault due to what was described as "invitational behaviour". At the same time, uncoordinated policing meant different parts of California never connected their investigations.

One of McNamara's achievements was to define the terrible scope of these crimes, eventually coining the Golden State Killer handle. The documentary also fills in the blanks in her story, tracking her true crime desire to a neighbour's murder when she was 14 and charting the professional and personal demands of her work.

McNamara is elated by breakthroughs – when she gets access to police case files she excitedly texts her husband, comedian and actor Patton Oswalt – but worn down by the story's vast parameters and unhinged cruelty.

Her story is both a triumph and a tragedy, because in focusing the public eye and priming investigations into the Golden State Killer, she became his final victim, succumbing to prescription drugs she was taking to work through the book's writing and associated trauma.

That's a tragic but plausible outcome for a true crime practitioner. The show is wrenching and empathetic, which is what the true crime genre needs, but also its final blow. I'll Be Gone in the Dark is so compelling that it doesn't leave you.