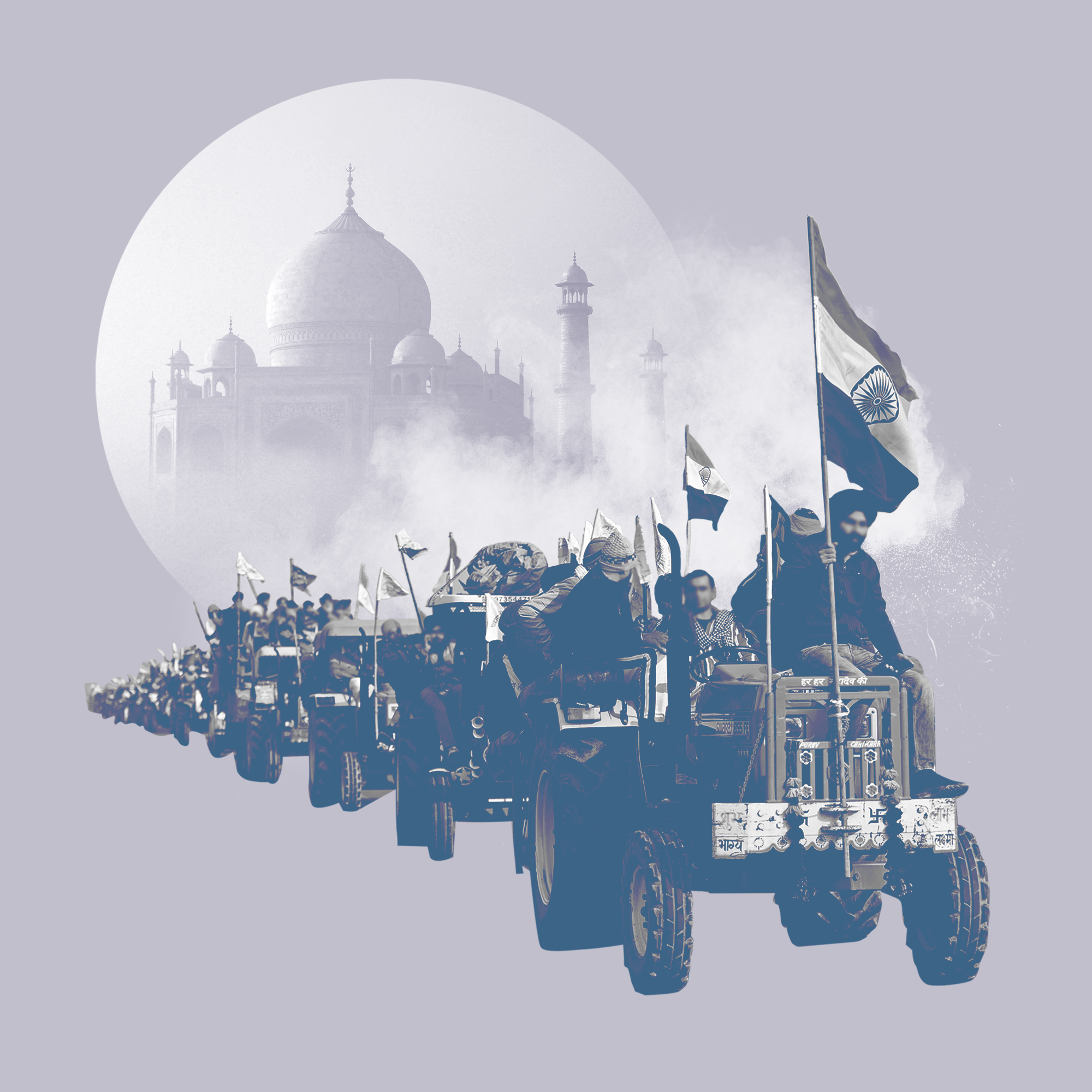 Last fall, when India’s farmers gathered on the outskirts of Delhi to object to the passage of three farm bills championed by Prime Minister Narendra Modi and passed without input from a single agricultural worker, I searched the crowd for faces I knew. During the six years that I lived in India as an anthropologist and educator, I met politically active farming families from all over the country. In Andhra Pradesh, I spoke with Dalit women who struggled against cyclones that wiped out entire fields of rice, or droughts that made vegetables impossible to grow. In rural Tamil Nadu, I saw rivers lined with bulldozers scooping jawfuls of sand from local rivers that, deprived of their shorelines, quickly ran dry. In Delhi, I joined a nationwide protest of early childhood educators, many of whom lived in villages where agricultural yields—and the accompanying profits—were so low that, despite living on farmland, the only regular meals their children got were the ones served in the government schools. In Bangalore, I lunched with migrant workers who sent their wages home to villages to cover the costs of basic necessities, like water and food. Because they were sending the majority of their paychecks home, they couldn’t afford housing, so they slept at the construction sites where they were employed, hanging their laundry between the steel beams of half-built apartments and cooking their meals over fires built on unfinished concrete floors. Most of the farmers I met regularly attended local and national protests; hardly any of them voted for Modi.

The farmer protests are a defining moment for India

My fieldwork made it clear to me that India’s farmers are fed up with living in crisis. So I was thrilled, if unsurprised, to see the farmer protests blossom into what experts are calling the largest civil action in history. Modi’s response to this peaceful movement, however, was anything but thrilling: Instead of allowing democracy to take its course, the prime minister launched the severest, most unapologetic crackdown on dissent in India’s recent history—a crackdown that has been met with deafening international silence.

The farmers I met attended local and national protests; hardly any of them voted for Modi

While Modi himself has a dismal human rights record, his administration’s reaction to the farmer protests was brazen enough to garner international headlines. In January, farmers staged a peaceful demonstration at Delhi’s Red Fort, only to be met with tear gas from the city police. Soon after, celebrities like Rihanna and Greta Thunberg posted tweets in solidarity with protesters, and, most recently, at this weekend’s Grammy Awards, talk show host Lilly Singh wore a mask that read, “I stand with farmers,” in all caps. To quell dissent, the Indian government attempted to ban dozens of Indian Twitter accounts supporting the movement, and filed unfounded sedition charges against at least nine journalists covering the unrest. Soon after Rihanna tweeted, the White House issued a statement encouraging Modi to resolve the “conflict” through “dialogue.” Modi, however, remains unmoved.

India’s farmers are fed up with living in crisis.

Historically, American diplomacy has played an important role in preserving India’s civil liberties. Most notably in 1977, President Jimmy Carter was credited with convincing Prime Minister Indira Gandhi to end the Emergency, a series of repressive laws that legislated atrocities ranging from mass forced sterilizations to the cancellation of elections. (Indian journalists frequently compare Modi’s current policies to this dark period in Indian history.) But times have changed: After American attention turned to the protests, rather than allowing democracy to take its course, Modi blocked Internet access in the protesters’ encampments. A few days later, the government denied Dalit labor rights activist Nodeep Kaur bail for the second time. Kaur faces charges associated with a collective action she took with protesters, and her family alleges that she has been tortured and sexually assaulted while in police custody. While Meena Harris, niece of Vice President Kamala Harris, has advocated for Kaur’s release, the United States has not made an official statement about her incarceration, or the subsequent incarceration of Disha Ravi, a young climate activist who was arrested for allegedly contributing to a pro-farmer digital toolkit penned by Thunberg.

Modi is unintimidated by the White House’s censorship, probably because he has no reason to believe the United States will intervene. The Trump administration failed to hold Modi accountable for his responsibility in crushing the largest democracy in the world. On the contrary, Trump has been a vocal supporter of Modi and his policies, mostly appearing in 2019 at the “Howdy Modi!” rally in Houston organized byright-wing Hindu nationalist groups in the United States that have made substantial financial contributions to Modi’s various political complains. The Atlantic attributes the glowing relationship between Modi and Trump to their shared “autocratic” tendencies. Trump’s silence emboldened Modi, and unless there is a clear sign that the new American administration—or any foreign government—will call him out, it is likely that Modi will continue violating the rights of Indians by suppressing dissent.

If this administration wants to return to “decency,” it must reckon with enabling of foreign nations

While the farmer protests are a defining moment for India, they are an equally defining moment for the United States. If the Biden-Harris administration is serious about returning to “decency,” they must reckon not only with Trump’s racist, classist, misogynistic, and xenophobic domestic policies, but also with the authoritarian practices he enabled in foreign nations. Doing so might require President Joe Biden to speak to Modi privately and forcefully, as President Carter did with Gandhi decades earlier. It might require levying economic sanctions against India similar to the ones Congress levied against apartheid South Africa in 1986. Or it might mean condemning Indian human rights violations in public speeches, like the ones President Barack Obama made in 2011 regarding the totalitarian tendencies of the government of Belarus.

Indian people are fighting for their democracy.

Whatever choice the Biden administration makes, silence is not an option. The United States cannot, and should not, dictate local policy in the global South. But if we, as a nation, truly want to reestablish the democracy we thought we knew before the armed insurrection on January 6, we must be clear about where we stand diplomatically. Are we a country that watches, silently, while elected officials crush dissent, as we were for four years under Trump? Or are we a country that refuses to ignore abuses of power, particularly in countries that not only call themselves democracies, but also consider us allies?

Farmers in India are fighting for their livelihoods and for their lives. But on a larger scale, the Indian people are fighting for their democracy. Modi and leaders like him have been enabled not only by the rise of the right, but also by the silence of the left and center. If we truly want to recover from the last four years, and if we truly want to be the democracy we think we are, America can no longer be silent—for India’s sake, or for our own.