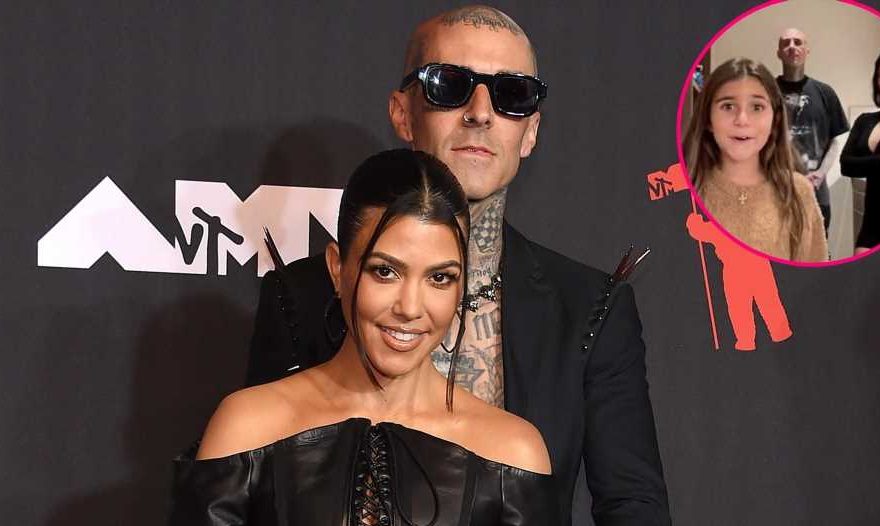 Family fun! One month after Travis Barker popped the question to Kourtney Kardashian, their bond with one another’s kids has grown even stronger.

Kourtney Kardashian and Travis Barker Bond With Each Other’s Kids

The mother-daughter duo danced to Fazlija’s “Helicopter” in a Saturday, November 27, video with the rocker. After the trio twirled around their kitchen, the engaged pair took a moment to themselves, embracing in a sweet hug. Penelope, for her part, didn’t miss a beat as she kept on spinning despite her mom’s PDA break.

The elementary schooler has been getting in on several popular dance trends since debuting her account earlier this month. She also has teamed up with other social media creators, including her soon-to-be stepsister, Alabama.

The 15-year-old invited Penelope for a joint TikTok on Friday, November 26, after a fan requested it.

“When a girl treats you different when it comes to guys,” Alabama captioned her Friday post before she and Penelope lip-synched, “You are such a loser.”

Kardashian — who shares Mason, 11, Penelope, and Reign, 6, with ex Scott Disick — got engaged to her musical beau in October after less than one year of dating.

Us Weekly confirmed on October 17 that the Barker Wellness founder — who shares Landon and Alabama with ex-wife Shanna Moakler — proposed at the Rosewood Miramar Beach Hotel in Santa Barbara, California, surrounded by roses, candles and their family. 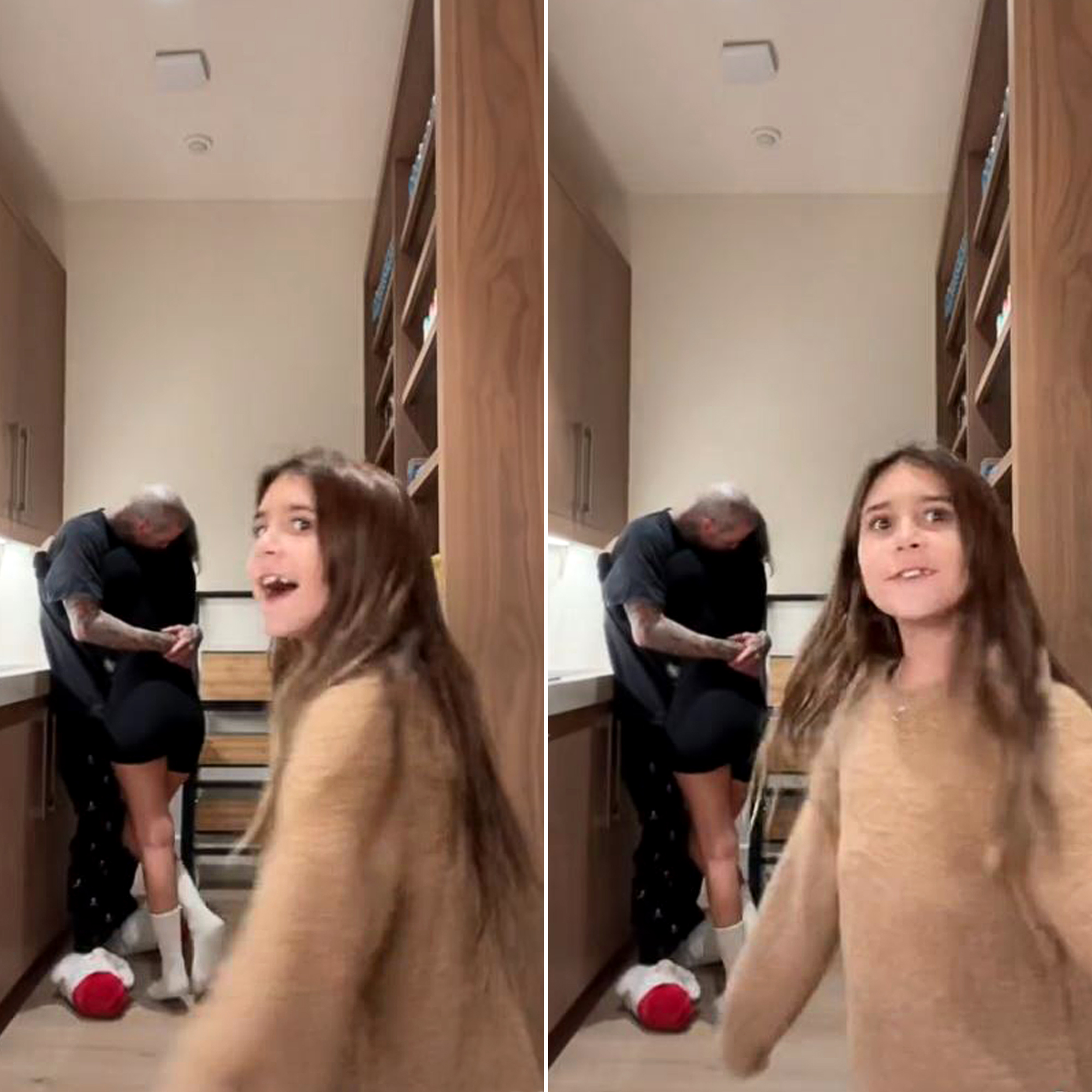 The couple, who first started dating in January, have since blended their families as their relationship has developed.

“Travis and Kourtney’s kids are very close,” a source exclusively told Us in January. “They became friends living in the same neighborhood and hang out a lot. Their kids’ friendship had Kourtney and Travis spending a lot of time together.”

As Kravis’ romance continued to heat up earlier this year, Alabama even noted during an Instagram Live that she referred to the Keeping Up With the Kardashians alum as her “stepmom.” Her brother Landon, 18, for his part, even dished that he thought the couple was a prime example of “true love” while sharing a PDA snap of them via his Instagram.