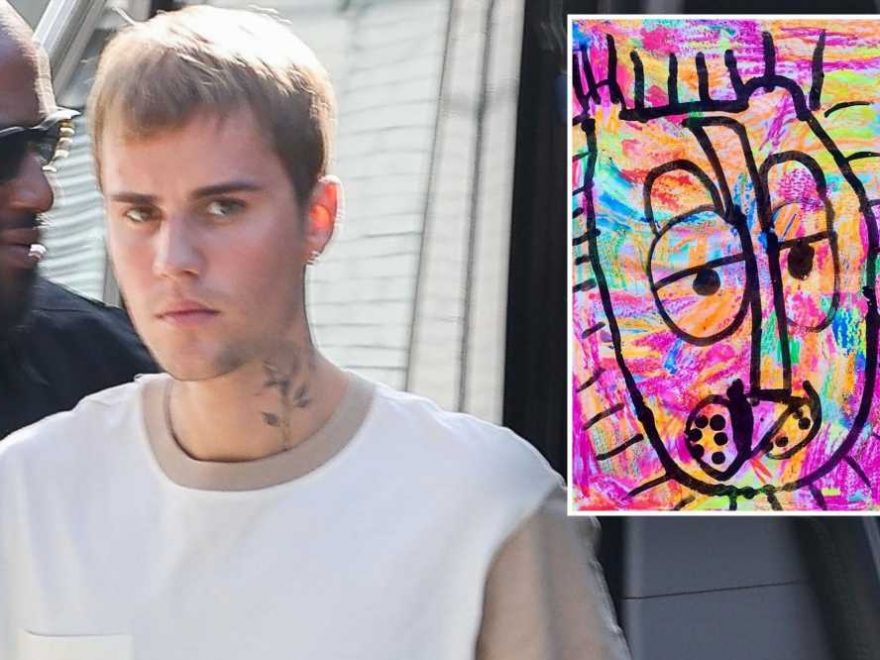 Now, the man behind the ruse has been exposed by Artnet as Brian Whiteley, an artist and founder of the Satellite Art Show who says the whole thing was a comment on overpriced artwork by celebrities.

Whiteley says he got a legal letter from Bieb’s team accusing him of “direct infringement of our client’s intellectual property rights.”

His lawyer, Ronald Kuby, reportedly responded that the work is “satirizing the ‘artistic’ community.”

“We are deeply saddened to learn that your client, Justin Bieber, either does not get epigrammatic parody or does not think it is funny,” said Kuby.

Whitley says his idea came from the huge price tags on work by celebrities or notable people — including Hunter Biden, whose paintings made headlines when they were marked at a whopping and nonsensical $500,000.

Among others, Jim Carrey, President George W. Bush and Lucy Liu have all had side gigs as painters.

“As an artist who’s been trying to break through and make it, I thought it would be interesting to see the power of celebrity and the lure of the mega gallery,” Whiteley says. He added, “You can tell why celebrities turn into artists — all of a sudden you can make a buttload of money.”

The press release from “Paintings from Space” was received by Page Six purporting to be from “Harry Gablowsian,” the owner of the new “Gablowsian Gallery,” an obvious play on mega-dealer and gallerist Larry Gagosian.

It touted that Bieber’s paintings “evoke intimacy, childhood dreams and family all with subtle layers of eroticism, joy and the gestation of sexual identity.”

Whitley tells Artnet, “The whole press release is all art speak, over the top and stupid.” Even so, “collectors were emailing me and signing NDAs to see the art, and the RSVPs were through the roof, wanting to see the show, even after the Page Six article came out.”

Whitley has even been dressing as Bieber, dying his hair blond and wearing fake tattoos.

After being contacted by Bieber’s lawyers, Whitley renamed the project “Justin Bieber Is Suing Me.”