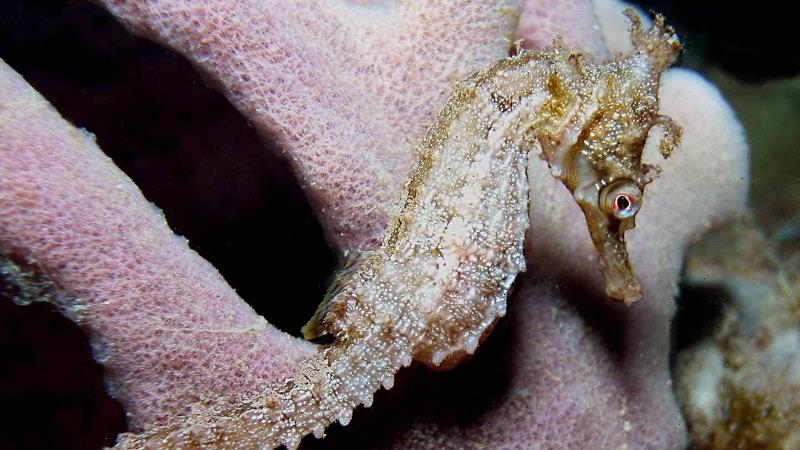 Scientists fear that the combination of coastal development and continued heavy rain along the NSW coast could force two species – the White’s seahorse and the cauliflower coral – into extinction in the coming months.

If the animals are lost, they will be Australia’s third and fourth marine extinctions. The warnings come just days after the federal government released a devastating State of the Environment report showing that overall Australia’s natural environment was poor and declining. The five-yearly document also showed the number of endangered species had increased 8 per cent since the last report. 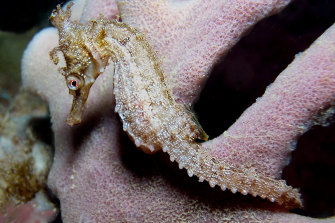 The Bureau of Meteorology has warned that modelling suggests the La Nina weather pattern that dissipated as spring ended may return, increasing the chances of further flooding in the species remaining habitat.

The White’s Seahorse, which grows to around 13 centimetres long and changes colour depending on its mood and the habitat it is swimming in, was once prolific in shallow waters along the coast from Sydney up into Queensland.

Comprehensive surveys have been carried out in Port Stephens and Sydney Harbour, and both show a massive decline in numbers. The Port Stephens population is thought to have collapsed by between 95 and 98 per cent between 2005 and 2015, while a survey conducted in Manly Harbour showed a 40 per cent population decline from 2008-2015.

The White’s Seahorse was listed as endangered in 2020.

According to Professor David Booth, a marine ecologist with the University of Technology, the seahorse’s habitat is being destroyed by coastal development which can exacerbate polluted runoff, the removal of seagrasses and even poorly placed boat moorings, which drag on the ocean floor.

Water runoff and poorly placed gutters and groynes are also driving the extinction of Cauliflower soft corals, which once existed in Sydney Harbour, and which have suffered a massive decline in their numbers in Port Stephens.

According to research by another UTS scientist Dr David Harasti, the biomass of the corals in Port Stephens has been reduced by more than 90 per cent, with many corals being buried by sands and sediment shifted by changed water flows.

Research led by Harasti showed that the seahorses could be successfully bred in captivity. In the pilot program 90 seahorses bred from animals captured in Sydney Harbour were released – some in protective nets, some in cages that became known as seahorse hotels.

Over time, the hotels themselves were incorporated into reefs and served to restore the animals’ habitat.

Booth said the study proved that the species could be rescued with government funding for a scaled-up breeding program, but that terrestrial animals typically attracted more attention in the face of an extinction crisis.

“We’ve just heard in the State of the Environment report about the loss of terrestrial species, and that Australia sadly leads the world in that, but to lose a marine species is very unusual,” he said.

With sufficient funding, scientists hope they could replicate the seahorse hotels at hundreds of sites and restore seahorse populations.

Get to the heart of what’s happening with climate change and the environment. Our fortnightly Environment newsletter brings you the news, the issues and the solutions. Sign up here.