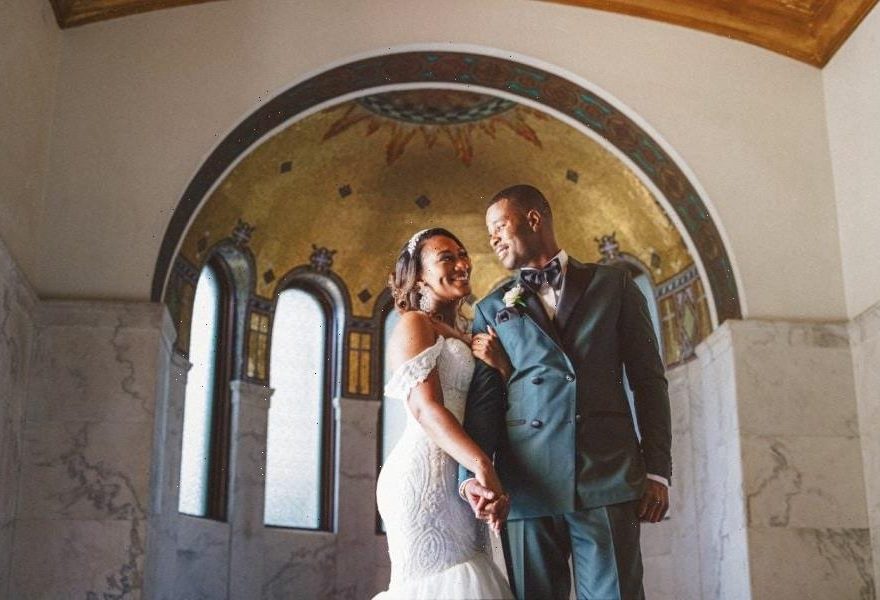 While many people may know actor J. Alphonse from his star-making turn in the Starz hit P-Valley, his wife, Nafeesha Ilahi, got to know him long before the fame. She met him in 2016, back when he was a burgeoning actor on the stage in Oakland, who at times, on the complete opposite side of the country, beat on buckets as a drummer in subway stations in NYC to make ends meet. She didn’t write him off as he balanced those jobs to make a living.

“She told me and I believe her, that if that never changed she would be with me to this day,” he shared in a short speech at their wedding reception, which took place Friday, Oct. 7, 2022 in Los Angeles. They said “I do” in front of about 150 friends and family at the Vibiana, a cathedral-turned-event-hall in the downtown LA area. They also exchanged vows in front of some famous friends, including actor Lance Gross and wife Rebecca, The Chi actress Miriam A. Hyman and her partner, FX’s Kindred actress Sheria Irving, Jerry O’Connell and wife Rebecca Romijn, and were entertained with a performance by crooner Adrien Marcel. The fête was planned by Yunmi Park, with a delicious menu (we’re talking salmon and leek, curry cauliflower, braised chicken and even chicken tenders and fries for the kids) by chef and husband-and-wife team Neal Fraser and Amy Knoll Fraser, who also own the venue.

It was quite the extravagant party, a well-earned one for both the bride and groom. It was also one that perhaps they couldn’t have imagined when a pre-fame Alphonse asked for her hand in marriage in 2019, right before the world shut down. And while wedding plans were halted, the couple, still living long distance while he worked on Broadway in NYC when COVID first exploded, finally had the chance to spend a lot of time together. They got a place together in Los Angeles in 2020 and were inseparable.

“We just hung out and had a great time and just fell more and more in love with each other,” he tells ESSENCE, also inviting along their kids (he has a son from a previous relationship, she a daughter). “We spent some quality time with our children and towards the end of the pandemic, I told her, I said, ‘Listen, I’m not trying to wait. We got to have this wedding, but I’m not trying to wait to have it. So can we just go down to this little spot, get married, go ahead and get my ring on my finger?’ She already had one. I wanted one on mine. So we made that happen and started to think about a date for the actual wedding.”

After pushing dates multiple times, the pair landed on October 7, 2022. As they returned to planning, they found themselves separated for 10 months as he went to work on the second season of P-Valley in Atlanta. But they were soon reunited, bond stronger than ever, and went into overdrive to plan the splendid nuptials that just took place.

Special touches included J returning to his drum-playing roots, performing something special for Nafeesha on the same buckets he utilized in New York City subways. They also spotlight other couples present at the wedding to see who was married the longest before receiving advice from them. In addition to that, they had a now trendy cannabis bar at their event, featuring pre-rolls of The Phonzie that J created with Black-owned brand Ball Family Farms. He’s a brand ambassador for the company and offered the strain as a wedding favor to guests. He’s been a cannabis lover since he was young. And while Nafeesha is not, she wanted to give him the chance to showcase something he’s passionate about.

Those touches helped their big day become a memorable one. As for what the future holds, the Nicholsons are looking forward to continuing to support each other’s next big endeavors, including J. getting into directing and producing, and Nafeesha launching her first company next year. They want to get a pad in LA with a backyard, a pool and a place for their kids, now 11 and 16, to hang out. Maybe they’ll even welcome a dog! But their biggest hope for the near future? As J says, “For us just to continue to grow and love on each other.”

Take a look at all the beautiful images from their big day below, captured by photographer Montana Dennis!

Makeup and grooming on bride and groom: @jazzemakeup 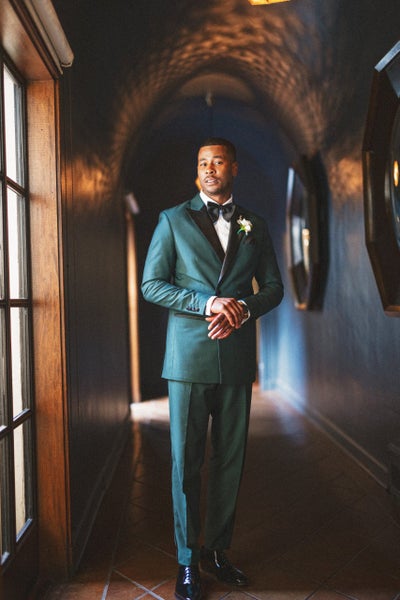 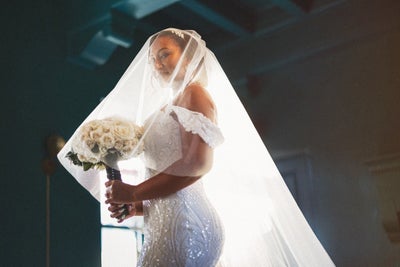 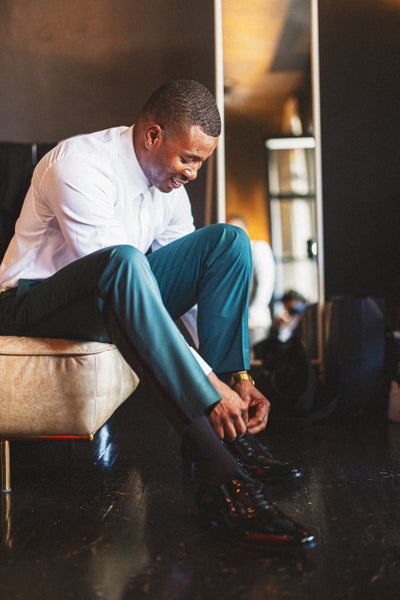 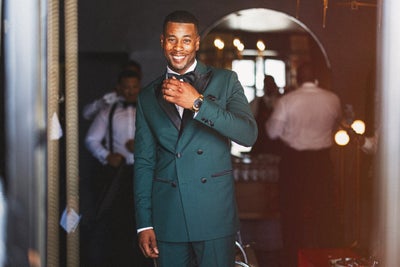 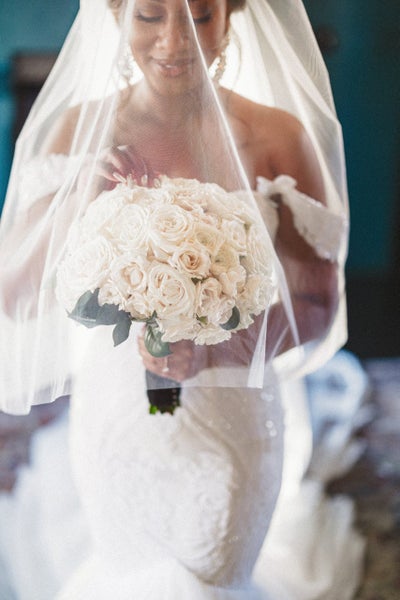 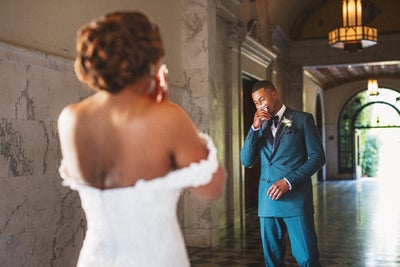 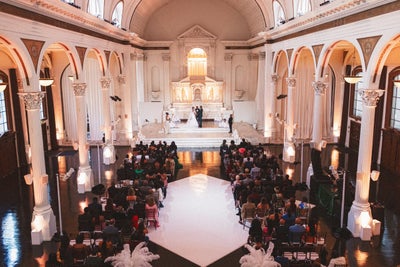 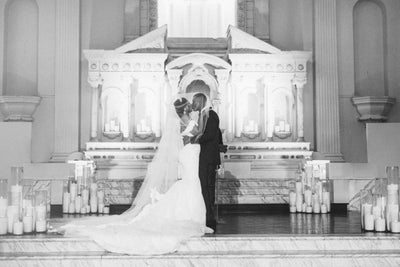 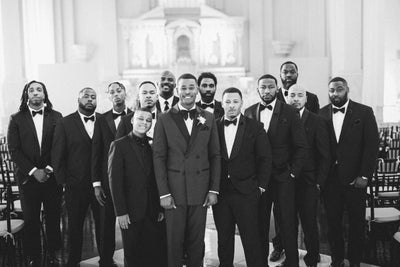 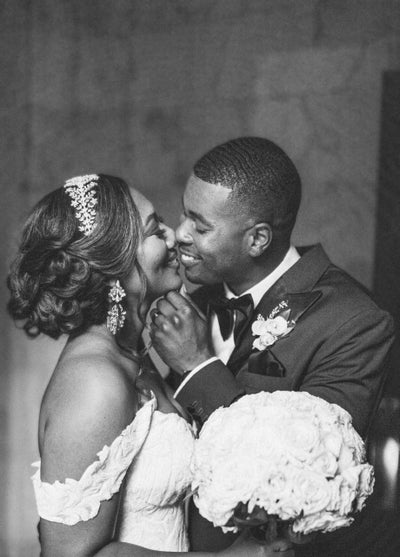 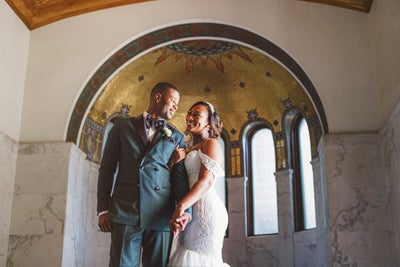 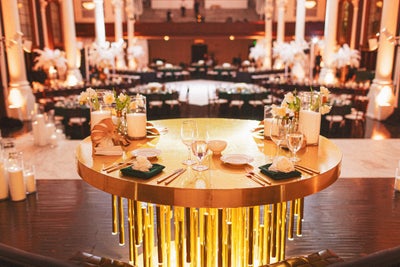 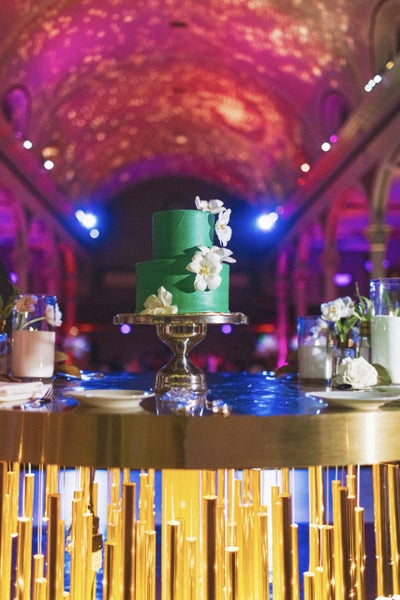 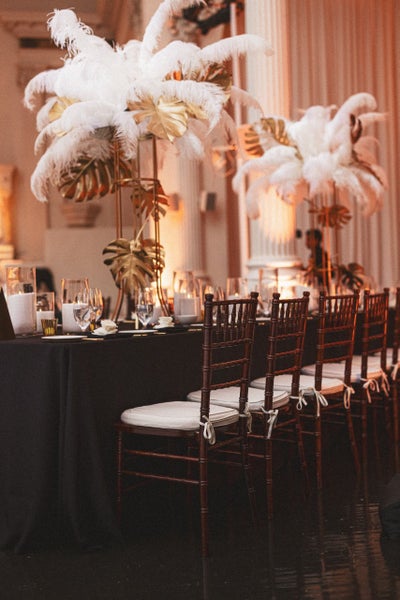 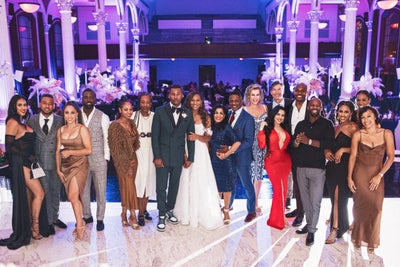 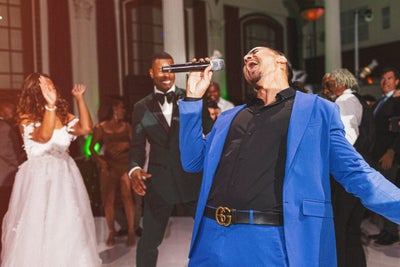 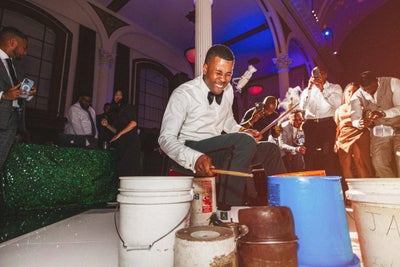 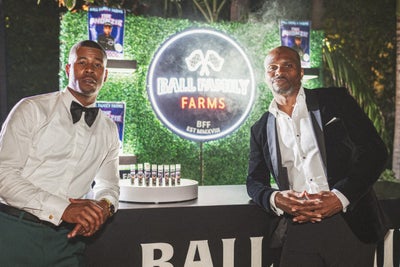 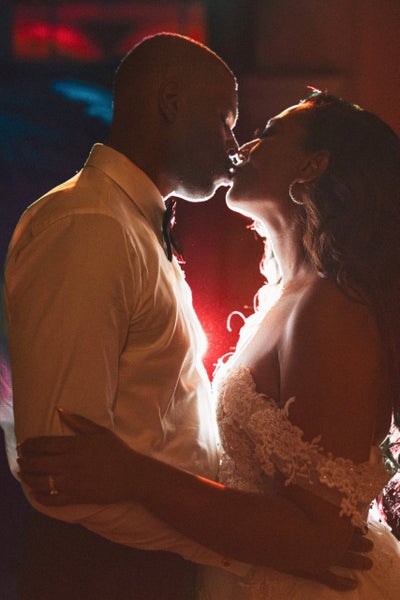 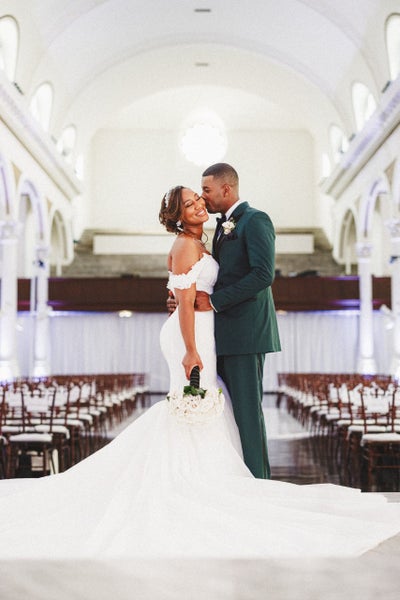