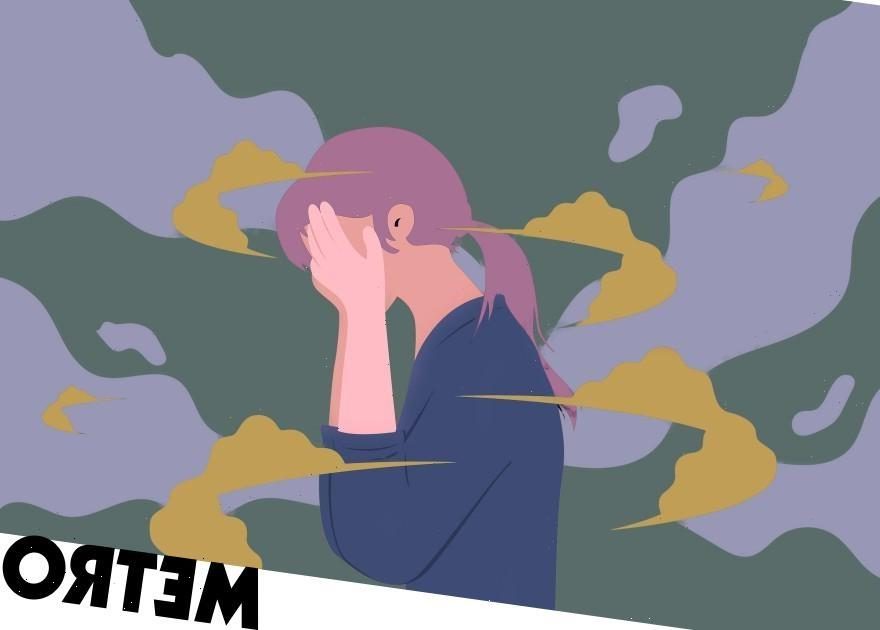 I was 13 the first time I was on the receiving end of an unwanted dick pic.

The picture wasn’t a text. Instead, it was in the form of a nauseating A4 print left in the lounge by my mum.

The offending appendage belonged to a man she was having an affair with – one of many dalliances I’d be privy to in excruciating detail, and a symptom of my warped, toxic childhood.

My mother made my life so hellish, I often wished she was dead – and I still do.

She swore and grounded me for weeks if I refused to tidy up her mess for the third time that week, became upset about her affairs, or voiced any sadness.

She was jealous of my love for my friends’ mums, emotionally blackmailed me to stay home on Saturday nights, punished me with hours of housework or sobbed for days because I wanted to move out for uni.

I was held responsible for her loneliness.

She either called me names or gave me the silent treatment for weeks. The stress gave me IBS and daily migraines, starting a lifelong journey to chronic pain.

Despite my being a polite, respectful, and helpful person, I looked inwards, wondering as young as seven if I was a horrible and unlovable child.

Decades later, after becoming a mum myself, I learned she was a narcissist and her infuriating behaviour made sense.

Traits of narcissism include grandiose self-importance and patterns of self-centred behaviour. Narcissism can be a complex personality disorder and narcissists usually display a significant lack of empathy, among other signs.

Narcissist mothers are incapable of loving their children unconditionally. Their ‘love’ comes with conditions, rules, and expectations – as well as full obedience. It isn’t real love. She withheld affection and care whenever I did something ‘wrong’ – though I was a good kid with top marks at school.

As a teenager, it meant her reading my diary and having me followed, grounding me for months, telling me about her sex life, habits and affairs, all while forbidding me from talking to friends.

Narcissists do not respect boundaries and usually have none of their own either. My mother did not see me, her child; as a human being with a right to privacy, autonomy or independence.

Physical pain coursed through my body when I was around her

As an adult, she forgot or ruined my birthdays, my hen night and wedding day despite all the steps I took to mitigate her usual dramas.

Daily, she wore me down on how I looked, dressed, did my makeup, my hair, what I ate, how I cooked, cleaned, mothered, and even my happy marriage until I had no confidence left.

She saw me as an extension of herself and not a person in my own right, so if I did anything differently to how she did, she criticised and judged me. That same thinking applied to my tastes, wants, desires, dreams. If they weren’t hers, they weren’t good enough and wholly unacceptable.

The thing that sent me down a rabbit hole of research and therapy as an adult was the severe impact my mother was having on my mental, emotional and physical wellbeing.

Physical pain coursed through my body when I was around her. I couldn’t speak whenever I set foot in my childhood home. I had intense anxiety and insomnia.

I couldn’t look my mother in the eye or let her hug me.

My therapist explained later this was because I was a lifelong victim of emotional abuse, gaslighting and coercive control, and my mother was the abuser.

This spring, I vowed to free myself from her clutches and found a therapist specialising in narcissistic mothers to help me find myself and break free and heal from the pain of my childhood.

It helped me understand why my mother’s death seemed like my only escape.

For so long, I’d believed my mother when she’d bleated she was the best and most selfless parent in the world, that I’d never find another mum like her and I was so lucky to be her daughter.

The reality was the opposite. The concept of a person ‘wanting their mum’ at difficult moments in life seemed alien to me as mine only made things harder.

And the more I learned about the nuances of her narcissism and the damage inflicted on me, the more difficult I realised it would be to remove her from my life completely.

She harassed me 24/7 via text, calls, email and social media. She didn’t respect boundaries and she persistently guilt-tripped and emotionally blackmailed me.

Whenever I cut her off, she sent in a ‘flying monkey’ – my dad – to do her bidding. My father had once confided in me he should have divorced my mother, protecting me from her abuse – but over time, any glimmer of the father I once loved evaporated.

He began sounding more and more like her, became less reasonable and more demanding and unfair. It made me realise I’d let my mother stay in my life in order to have access to my dad, but he was for all intents and purposes, dead. It made me feel like an orphan.

This made me see I would not have peace until she was dead.

The idea of her dying became my only escape. I no longer touch wood or say ‘God forbid’ out loud when it crosses my mind. I’m daring the universe to make it happen but I fear karma will kill my husband or children to teach me a lesson.

Now, I am not speaking to either of my parents; I decided to cut contact with them both this year. I felt a sense of both relief and sadness. Both are blocked, so I’ve not been able to hear how they feel about it. Gifts for my children show up, but they remain unopened.

Going ‘no contact’ has to be a lifelong thing – otherwise it will be futile as my mother will believe there’s a way back into my life – so I need to be strong enough to permanently cut her off. I can’t risk it.

So far, she has left me alone but I believe she will pop up again at some point. My mother won’t go quietly into the night.

I predict a storm of harassment, cruelty, and testing of my armour, looking for chinks and a way back in. It will be a constant battle to eliminate this engulfing narcissist from my life.

Is it any wonder that I wish my mum was dead?

Georgia is writing under a pseudonym

This series aims to offer a nuanced look at familial estrangement.

Estrangement is not a one-size-fits-all situation, and we want to give voice to those who’ve been through it themselves.