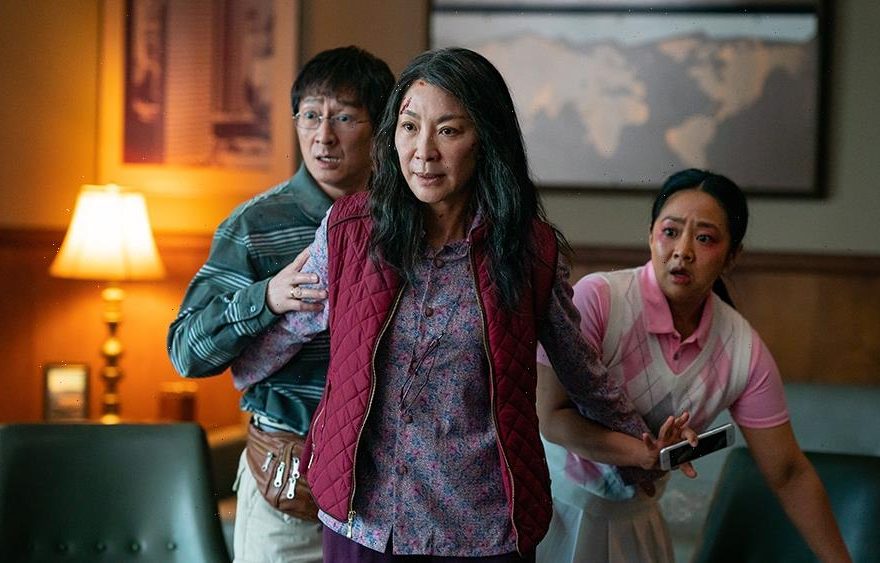 The lasting effects of the pandemic and skyrocketing energy prices in Europe mean continued hardship for arthouse cinemas in Europe, but some theater chains are finding new ways to survive and prosper, particular when the movies work their magic.

“The short-term perspective is about gas prices – that threatens us the most,” said Bräuer. “In Europe most theaters survived [the pandemic] thanks to public support. Without public support, a lot of small theaters, arthouse theaters, would have had to close.”

The energy crisis could pose a far greater threat, however, as theaters face gas prices that have increased five-fold, which many smaller operators will not be able to afford.

Bräuer nevertheless expressed optimism. “A lot of people worked really hard to preserve movie theaters, and help them survive. And of course we need their support right now. Without them we don’t have a chance. Or maybe some theaters will have to lock down because they can’t afford their energy prices.”

The energy crisis has exacerbated an already delicate situation.

“Of course the market has changed a lot. Two long lockdowns, collapsing windows, etc. – it’s beyond all we could have imagined before. But I do believe that curation is the key, especially as there is more and more audiovisual content.”

Arthouse cinemas in particular can benefit by having an established brand, he added.

Despite the proliferation and consumption of internet offerings, even among older people, there remains “a need for the analog space,” Bräuer stressed. “That’s our unique selling point.”

Indeed, Bräuer made the case that cinema appeals to a far more basic instinct in humans than can be had with other forms of digital entertainment.

“The society has changed, our market has changed, totally. But what hasn’t changed is the cinema experience itself. We’re still selling strangers in a dark space watching movies and flickering lights – it’s campfire desire.”

In meeting the challenges of attracting young moviegoers, Bräuer said cinemas had to have a brand and communicate about movies with digital natives “in their own language.”

“There are a lot of changes, but we have to be careful: it’s not a one-size-fits-all solution. … With older audiences we of course have to work harder to bring them back. We won’t bring them all back, I’m quite sure. But I’m even more optimistic about the younger generation because that’s our future.”

In addition to an expansive online presence, including a guest service that offers film recommendations by phone or email, Yorck also offers a one-year subscription service that costs €19.90 ($19.28) a month, allowing customers to see as many films as they want, whenever they want, Bräuer explained.

Candinas noted that Arthouse Commercio was offering similar services in an effort to strengthen its brand and build a community, in part by also bringing in filmmakers to discuss their films with audiences.

“While arthouse movies are struggling and specialized distribution is in a different place than it was pre-pandemic, I think that the overall trend we’re seeing is people returning to cinemas and the success of bigger films and blockbusters is a good thing – it feels like a good thing for the movie business in general.”

Laub added that people still obviously care about the cinema experience, otherwise theaters would not have survived the COVID-19 crisis.

“The pandemic was the perfect excuse to get rid of movie theaters and the theater-going experience, and that didn’t happen. And people are excited to be at the movies.”

Laub pointed to the extraordinary success of Daniel Kwan and Daniel Scheinert’s indie hit “Everything Everywhere All at Once,” which brought young viewers into arthouse cinemas in droves, stressing that while it’s a movie that “is more creative and different” than standard comic book films, it has a similar kind of appeal while also being an original and unique film.

Figeroid noted that the pandemic and ongoing political situation around that world has definitely had an impact on the films Sierra/Affinity is looking to produce and finance.

“Two different things: either a feel-good experience or absolute escapism is what is going to work best right now. Trying to tell a story that’s depressing, dark, war – we see that in the news all the time. We don’t need more of it in our entertainment.”