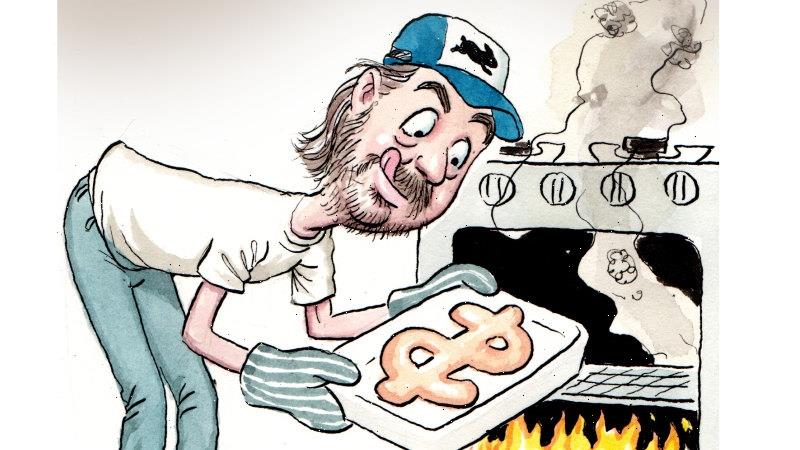 Australia’s energy crunch could have a most unexpected beneficiary, according to Morgan Stanley’s razor-sharp analysts — none other than anti-fossil fuels crusading billionaire tech bro Mike Cannon-Brookes.

The Attlasian co-founder is deep into energy giant AGL, owning more than 11 per cent of its stock which he used last month to help derail the company’s controversial demerger plans. 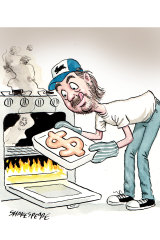 But Morgan Stanley analysts Rob Koh and Sarah Kerr reckon there could be some collateral benefit for the climate-focused corporate raider.

“The unprecedented market suspension highlights energy market volatility, with both AGL and Origin [Energy] potentially benefiting from high prices and AEMO compensation,” they wrote in a briefing note on Thursday.

Heaven knows the AGL share price could do with something right now — it was down again on Thursday, more than 3.7 per cent this time.

Meantime, the company is facing the crisis with its top jobs in flux. AGL was unable to update us on Thursday on the process of replacing departing chairman Peter Botten, chief executive Graeme Hunt and the two non-executive directors, Jacqueline Hey and Diane Smith-Gander.

Cannon-Brookes, who has signalled an activist approach to filling some of those vacancies, made it clear this week that there would be no easy rides in the AGL boardroom.

“This is not your standard ASX board job,” he told the Australian Financial Review’s ESG Summit.

“If you want to get paid a couple of hundred grand, drink some coffee at the top of the building, turn up every couple of months, this is not the job for you.”

ALBERT PARK: THE STRUGGLE GOES ON

News of a deal between the Victorian government and Formula 1 to lock the Australian Grand Prix into Albert Park until 2035 was not universally welcomed on Thursday.

Residents of the suburb have waged one of Australia’s longest-running urban insurgencies against the race, with the Save Albert Park movement now in its 28th year. 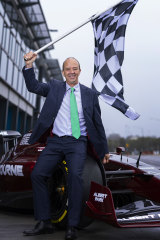 The group’s two central figures, Peter Logan and Peter Goad, can trace the roots of their struggle back to the mid-1990s when then premier Jeff Kennett and Liberal grandee, the late Ron Walker, pinched the event from Adelaide. The two Peters signalled on Thursday that they were still not ready to give up the fight.

They rubbished the state government’s claims of economic benefits for the city from hosting the race, saying any financial gains are either exaggerated or fictitious.

A spokesman for the government, long accustomed to sniper fire from Albert Park, simply pointed to an economic assessment of this year’s event by consulting giant EY, which says the race brought in $92 million of direct spending and boosted gross state product by $171 million.

But the Peters might find comfort from an unexpected source. NSW Premier Dominic Perrottet, disappointed that he had fallen short in his attempt to lure the race to Sydney, said on Thursday that the grand prix would suffer through not being staged in its “rightful place” — the Harbour City.

Maybe he should consider sending aid to the insurgency.

When high-profile Melbourne barrister Philip Crutchfield, QC, walked away as chairman of ZipCo, things were looking golden for the by-now-pay-later company.

Two weeks after announcing his departure, ZipCo shares were peaking at $14.53. Since then, the stock price has been in free-fall, recording a drop of more than 90 per cent from those heady days to its current price of just 50¢.

According to ZipCo’s annual reports, Crutchfield had about 3.81 million in shares when he left, and was apparently in no rush to sell at the time. And he still has no regrets about not cashing in earlier.

“I remain a shareholder in Zip,” Crutchfield told CBD this week. “In fact, I bought some more shares yesterday.”

Despite a worldwide cooking of the by-now-pay-later sector, the Crutch remains optimistic about the company he joined in 2015.

“I’ve seen management in the past navigate extremely stormy seas successfully, and based on my knowledge of the business model, it stacks up in good times and bad.”

Crutchfield also chairs trading platform Superhero – which recently merged with crypto exchange Swyftx and added former ASIC chairman James Shipton to the board – along with the Bell Shakespeare theatre company. 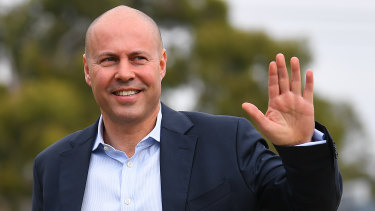 THE COLT STILL A GOOD BET

Before losing the Liberal heirloom of Kooyong, former treasurer Josh Frydenberg was talked up as a future prime minister. The footy world briefly lost its mind this week over speculation that he might settle for the biggest job in Melbourne, succeeding Gillon McLachlan as AFL CEO.

It’s all so frenzied that Sportsbet have opened up a market on the former treasurer’s next role. He’s got odds of $3.75 to run the AFL, followed by $4 for a seat in the Victorian parliament, $5 to run Carlton Football Club, where he’s still the No.1 ticketholder, and $15 for hosting a Sky News show.

CBD has reported that Frydenberg has rented office space in South Yarra, and is pursuing private-sector opportunities. While we hear he’s been inundated with offers, nothing is firm yet. But that won’t stop the rumour mill running.