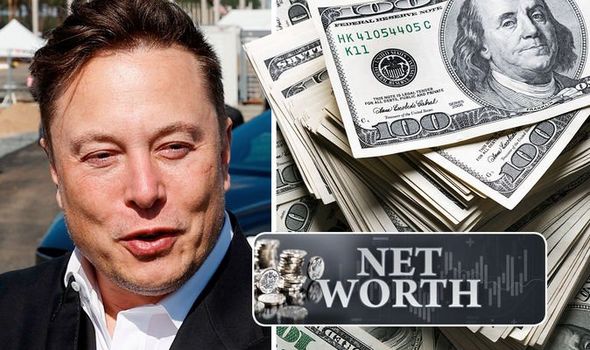 Thanks to increased efficiency in production, Tesla’s share price has soared this year, making the man behind the electric car company unbelievably rich. How much money does Elon Musk have?

What is Elon Musk’s worth?

Elon Musk’s net worth is now more than £95billion, a head-spinning sum of money.

Elon has enjoyed another boost in Tesla share prices, boosting his position.

Each share in the company is worth £390.20 and Mr Musk owns 20 percent of those shares.

These shares have risen by 675 percent since last November.

Elon was 37th richest man at the beginning of the year.

However, last week he became third and how he is second.

Jeff Bezos, the man behind Amazon, is still the riches, worth £136bn.

Elon’s first business was Zip2, a web software company which sold for $307 million in 1999.

He then went on to create an online bank, X.com, and then PayPal.

His passion for new technologies prompted him to found SpaceX, which creates spacecrafts.

He did not found Tesla, but joined the company a year after it was founded, becoming CEO in 2008.