THE government’s Eat Out to Help Out scheme will come to an end on August 31, meaning diners will no longer get up to 50% off meals Monday, Tuesday and Wednesday.

It was set up by chancellor Rishi Sunak to encourage people to go out and eat again after restaurants reopened for the first time in three months following lockdown. 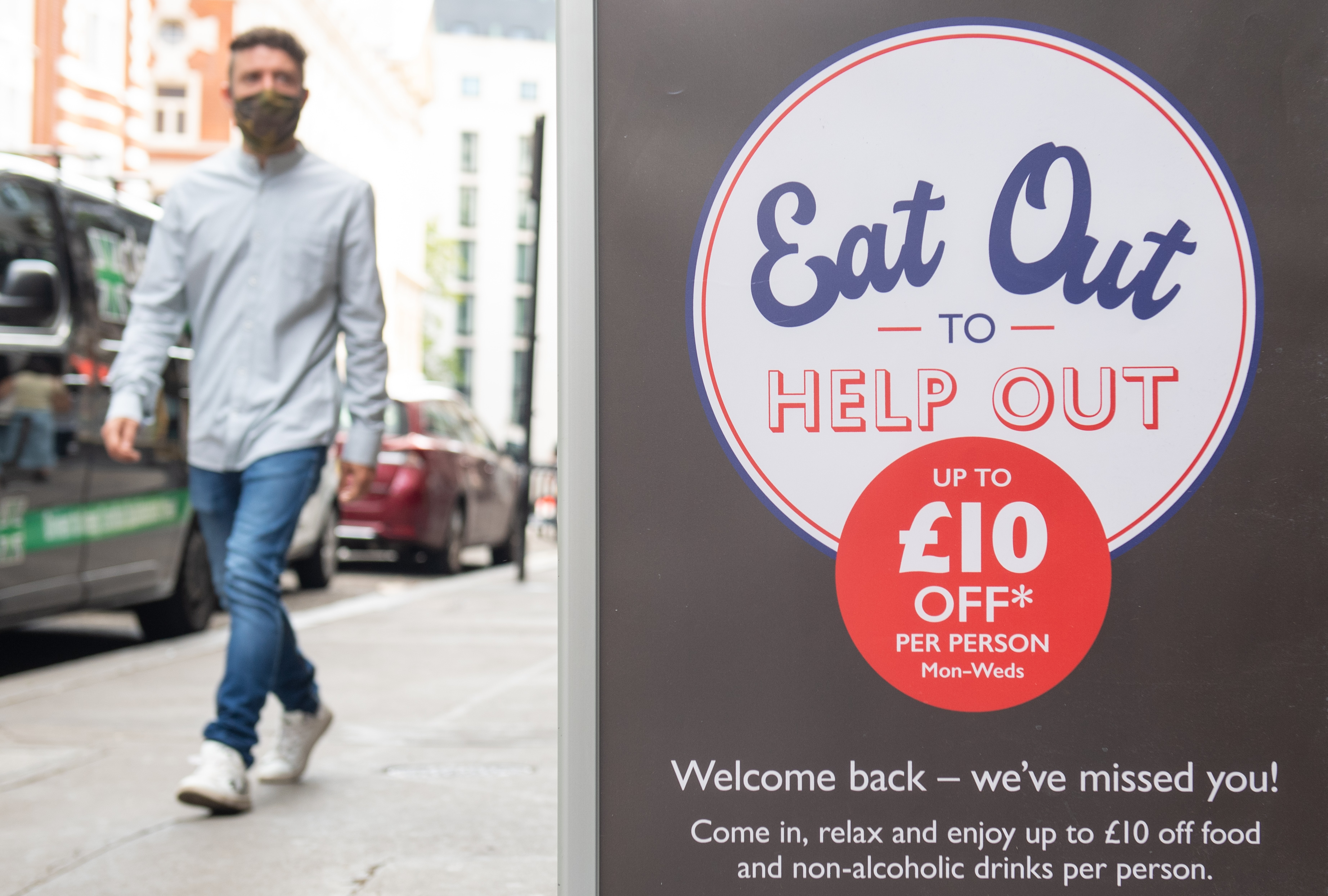 The scheme sees Brits enjoy 50% off food and non-alcoholic drinks, up to a maximum of £10 per person, every Monday, Tuesday and Wednesday in August.

The businesses then claim back the money they’ve discounted their menus by from the government.

It’s been a big success so far, with more than 35million meals claimed by August 18 – the latest figures available.

When does Eat Out to Help Out End?

Eat Out to Help Out is due to end on Monday, August 31 – so this will be the last day restaurants participate – and lots of chains have said they'll do so despite it being bank holiday Monday.

As the scheme only runs on Mondays, Tuesdays and Wednesdays, that means you’ve only got four days left this month, including today, to enjoy discounted food.

Eat Out to Help Out started on Monday, August 3

Which places offer Eat Out to Help Out?

We've rounded-up a list of restaurants that are taking part in Eat Out to Help Out.

Some of the big-name brands that are offering the deal include McDonald's, Costa and KFC.

The government has released an Eat Out to Help Out postcode checker where you can see which places near you offer it.

There’s also an app, which isn’t run by the government, which helps you to see where the nearest places are to you that are doing the offer.

Not every restaurant is automatically included in the scheme – businesses have to apply to take part.

Nearly 200 chain restaurants and larger cafes, hotels, and local councils have signed up to the scheme so far across the UK – and there will be smaller businesses and independent firms signed up too.

Will Eat Out to Help Out be extended?

Sadly, it doesn’t look like there are any plans for Eat Out to Help Out to be extended beyond August.

The chancellor confirmed this in a chat with Channel 5 News, after being pressed on whether the scheme will carry on.

Speaking to political editor Andy Bell, he said: “That's not the plan, the idea of this was to try and encourage people to get out.”

Mr Sunak continued: “The reason these things are successful is because they're time limited.

“That's the whole point and that's why concentrating it in the month of August as we've emerged out of lockdown it brings the most impact to that sector.”

However, some restaurants will be continuing the scheme, even if they can’t claim the money back from the government.

Michael Smith, the owner of Smith’s in Uddingston, Lanarkshire, has promised to extend the deal into September for a month after realising dozens of his faithful customers had not been able to cash in.

It opened its doors in 1999 and offers diners a French-style menu.

56 North, a restaurant in Edinburgh, said it too would also extend the offer in September and October.

The owners posted on Facebook: “Due to the huge demand we’ve decided to extend our #eatouttohelpout for September and October ourselves! 50% off food up to £10pp and all we ask is you pre-book a table online selecting the offer when booking.

“We'd still encourage you to use the deal during August where we get the government support to help us.”

New Chapter, another restaurant in Edinburgh, will also be extending the scheme throughout September.

The firm wrote on Facebook: “We are very worried that when August finishes, people will stop dining out as often as they do now, so we’ve decided to take the risk and extend the scheme further, even if it means selling the food at cost price.

“The T&Cs will remain the same, available Monday to Wednesday throughout September (offer ends on September 30, 2020). See you soon!”

Restaurants aren't the only places to get in on the deal – tearooms are also offering half-price treats.

Nando's is one of the many chains that is taking part – see the full list of its discounts here.

Some restaurants have been forced to pull out of the scheme though after "rude diners abused staff".