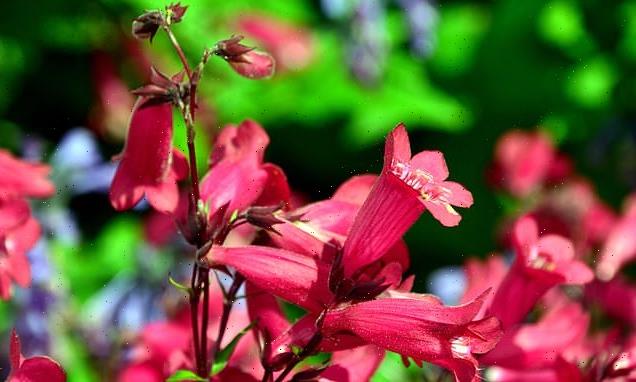 DROUGHT-BUSTING BEAUTY! These doughty penstemons will thrive in even the driest conditions

A lack of rain wrecking the garden? You’re not alone. In 70 years of gardening, man and boy, I’ve never seen such an abnormal year. Winter was like spring, April froze and July has felt like Kuwait.

After months without steady, sustained rain, most of my plants look half dead. Nevertheless, there are a few die-hards. Drought-tolerant lavenders, sedums and catmint seem fine. Surprisingly, so do penstemons. They’re stressed, but still flowering with more buds to come.

Penstemons are striking plants. Their flowers are carried along erect, mid-height stems above narrow, pointed leaves. Individually, these blooms resemble foxgloves, to which they’re related. Flowers of some varieties form narrow, hanging tubes. Others are wider and almost bell-shaped. Colours can be bright or subtle, varying from purple to violet-blue or magenta, scarlet or pink. 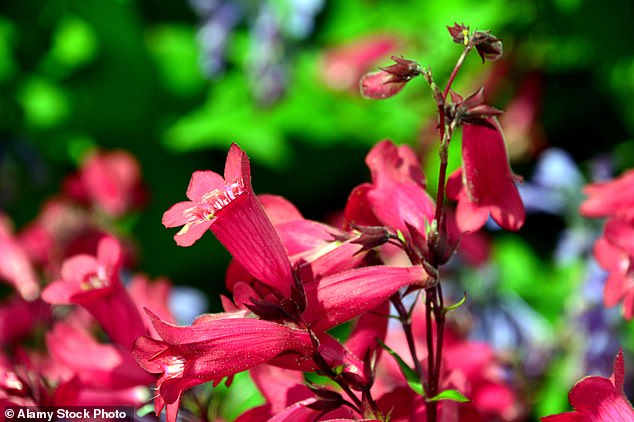 Tall penstemons make superb border plants. There are also smaller varieties, suitable for rock gardens. The best kind flower almost continually, from mid-June deep into autumn. That, plus their easy culture, makes them especially valuable. Although a few are dubiously hardy, most will endure an average winter without a scratch.

Penstemons are easy to propagate, happy in almost every soil type and seem disease-free. All 250 species originate from North and Central America.

Tall varieties can reach 90cm, though most grow to 75cm or less. Their colourful flowers are not unlike foxgloves but come in brighter colours. An old beauty, Alice Hindley carries 90cm stems, laden with purple-blue, lilac and white flowers. George Home is shorter, with maroon, white-throated blooms.

There are many more including two-tone Hidcote Pink and the Pensham series. Those have petal rims in various colours all with white throats.

Varieties with softer colours harmonise well with mixed perennials. If regularly deadheaded, they’ll flower from June until the first frosts. Border penstemons with large, broad throated flowers are less hardy than narrow-leaved varieties that have mid-height stems bearing larger numbers of narrower flowers. They hang gracefully on upright stems which are often branched.

Penstemons flower best and for longest in good light. Most soil types, whether acid or alkaline, are suitable provided they drain freely but hold moisture during summer. You can improve soil health and moisture retention by spreading garden compost on your borders.

For summer maintenance, keep removing spent stems. Cut those low down, above a lower shoot, near the base of the plant. New shoots will grow rapidly, bringing fresh flowers later in the season.

Propagation is also simple. Vigorous varieties can sometimes be divided. That is best done in spring. Even the toughest penstemons are only borderline hardy. So for safety, root cuttings from each plant.