Treasurer Tim Pallas is preparing to hand down the government’s election year budget with Victoria carrying the largest debt load of all the states and territories – projected to top $162 billion by mid-2025 and with a deficit, this year of $19.5 billion. 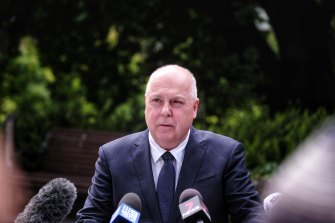 Moody’s, which downgraded Victoria’s credit score in late 2020, told The Age this week it was concerned that the state’s big debts and deficits leave the government with few fiscal resources to react to other health or economic shocks.

One of the global ratings agency’s senior credit officers, John Manning, said he was also concerned that Victoria’s ambitious infrastructure building program, projected to be worth more than $22 billion annually for the next four years could face further cost pressures as prices of building materials soar.

But eminent economist David Hayward says the ratings agencies take a narrow view of the budget position and argues the state government’s fiscal strategy has been successful in helping to keep the Victorian economy afloat and that the state would continue to be able to borrow cheaply regardless of the agencies’ views.

Victoria was the only Australian state or territory to have a “negative outlook” from Moody’s because it believes other jurisdictions had credible plans to get on top of the big debts – worth hundreds of billions of dollars – they have run up on international bond markets in the two years of the pandemic.

At the same time, the Commonwealth has ramped up its net borrowings, which will be above $820 billion by 2025, but the rating agencies continue to keep the federal government on their highest rating, assured by the ability of the national government to raise enough revenue if needed to comfortably cover its borrowings.

But a further credit downgrade for Victoria would not only be politically damaging for the Andrews government as the state opposition looks to sharpen its debt and deficit attack ahead of November’s poll, it would also increase interest costs for the tens of billions of dollars more the state plans to borrow in the coming years to fund its massive infrastructure building program.

Manning said the state had a very strong fiscal scorecard until the pandemic and that its budget continued to be managed responsibly, but Moody’s would be looking closely at next month’s budget and its plans to manage Victoria’s capital spending program and other areas of government spending.

The Moody’s executive said the advisers were worried that Victoria might have exhausted the financial resources needed to cope with a fresh economic or health shock.

The other major credit rating agency, S&P Global, which also downgraded Victoria’s credit score in December 2020 by an unusual two notches, maintained its “stable” outlook for the state last month, noting the big capital spend was improving the state’s economic outlook but weighing heavily on its balance sheet.

But Hayward said the Victorian government’s fiscal policy should be measured across the economy, rather than on a “narrow” view of its budget position.

”Credit rating agencies have a very narrow view of government budgets and tend to use measures better suited to the business world,” the RMIT emeritus professor said.

“The Victorian government has said the role of the budget during the pandemic has been to support the economy, and they would say it has done that with great success, pointing to strong employment growth and record low unemployment as evidence.

Opposition treasury spokesman David Davis said the Coalition, if elected in November, would begin the job of budget repair with efforts to rein in the cost of the big infrastructure projects.

“We’ve made a commitment as you probably know about auditing all those large capital projects over $100 million,” the Liberal frontbencher said.

Pallas indicated that the government intended to stick with the fiscal policies it had followed since the onset of the pandemic.

“Victoria’s recovery has been remarkable and we’ll continue to provide the conditions that allow businesses and workers to get ahead,” the Treasurer told The Age.
“We invested more than $44 billion in getting Victorians through the pandemic and supporting the economic recovery because we know that creating jobs and restoring economic growth is the first step to fiscal repair.“