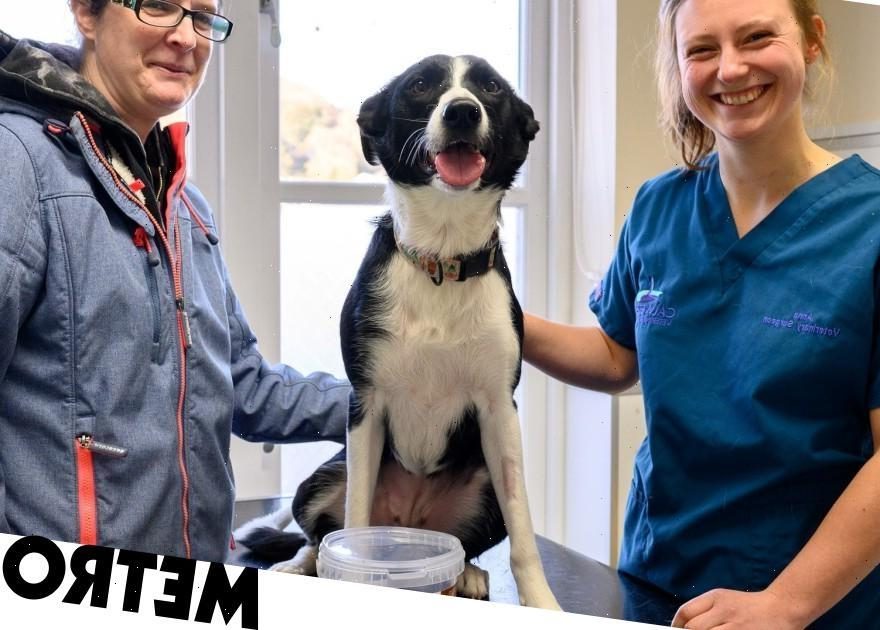 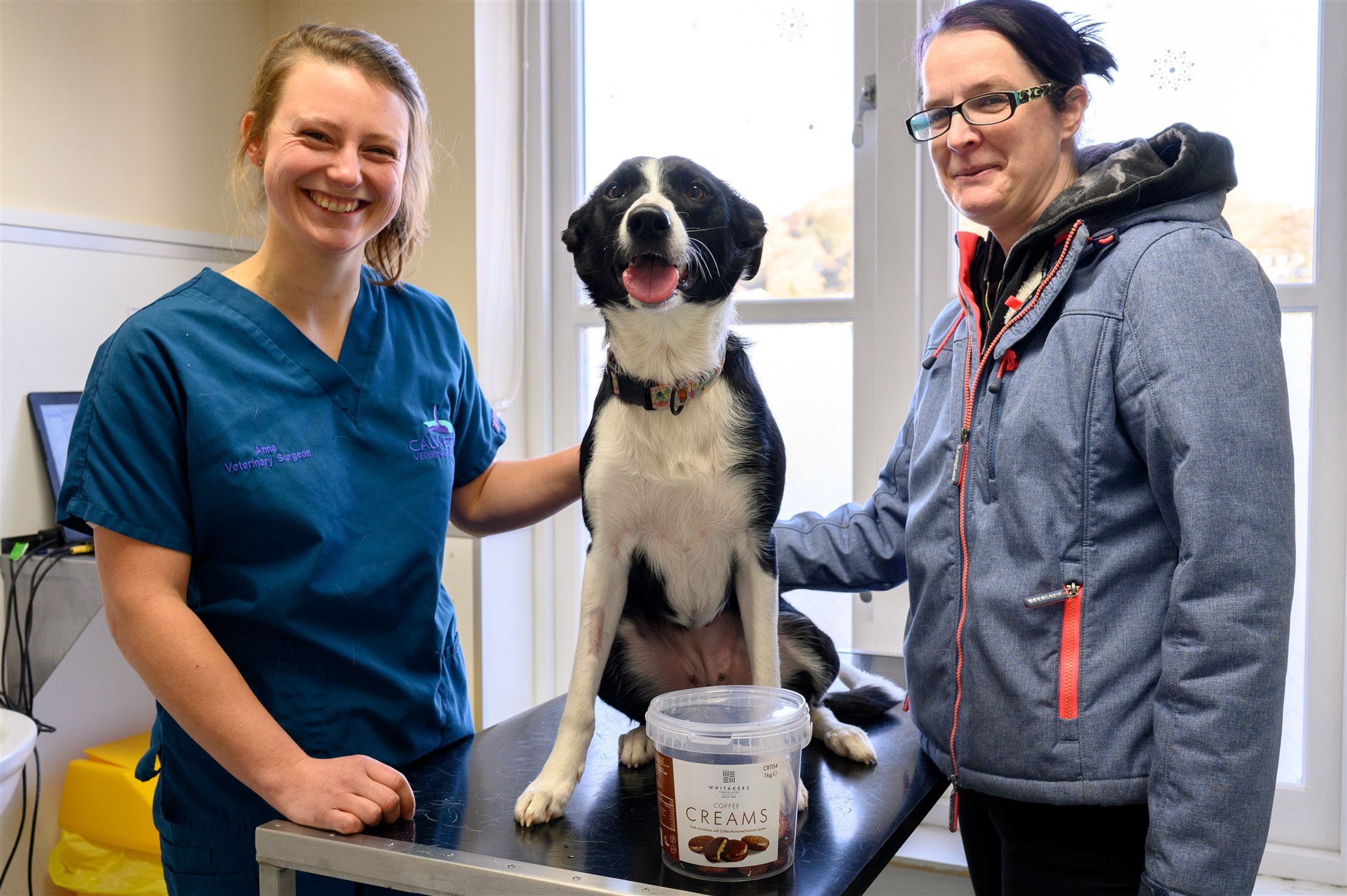 A naughty border collie was rushed to the vets after she broke into a Christmas parcel to eat some sweet treats.

Owner Yvonne Hand, from Looe, Cornwall, arrived home to find that Mazikeen was out of her crate and looked very unwell.

She then noticed one of her recent packages, a box of festive coffee cream chocolates, had been eaten – along with the wrappers.

As a result, the doting owner took Mazikeen straight to the vets, where it was discovered that the dog had scoffed 500g of dark chocolate – which is particularly dangerous for canines due to the high levels of theobromine.

Vet Anna King, from Calweton Veterinary Group’s surgery in Callington – who treated the collie – said: ‘We use a toxicity calculator to assess whether a dog has eaten a dangerous amount of chocolate and it told us there was a severe toxicity risk to Mazikeen.

‘When she arrived at the practice she looked very sorry for herself and she was shivering, which is a typical sign of chocolate poisoning because it affects temperature regulation.’

Treatment involved making Mazikeen throw up, before putting her on a drip and giving her activated charcoal – which helps to stop toxins being absorbed by the body.

Thankfully, Yvonne’s speed at getting her dog to the vets was essential, as the team could limit the amount of damage the chocolate could cause.

And, after spending the night at the vets, Mazikeen made a speedy recovery and was able to go home the next day.

Recalling the incident, Yvonne said: ‘Mazikeen can be a bit cheeky, but I couldn’t believe that she’d managed to break out of her crate and then get to the chocolates through all that wrapping.

‘The annoying thing is that the other parcel on the coffee table contained dog treats, so if she’d opened them instead she wouldn’t have needed a trip to the vets. I’ll certainly lock any chocolate away in future.’

Now, vets at the practice are urging pet owners to keep an eye on their animals over the Christmas season – when, typically, there’s a lot of food lying around.

Vet Anna added: ‘In some cases, chocolate poisoning can be fatal – so it’s really important to prevent pets eating it in the first place. Unfortunately, we do see more cases of poisoning at this time of year because everyone has more chocolate in the house at Christmas.

‘I would urge any pet owners to keep chocolate and other sweets where pets can’t reach them and avoid putting chocolate gifts under the tree where dogs can easily sniff them out.

‘It’s also important to be aware that lots of other Christmas treats are toxic to pets, including mince pies, Christmas cake and Christmas pudding.

‘Also, avoid giving them leftovers, such as turkey bones, that can cause choking.’