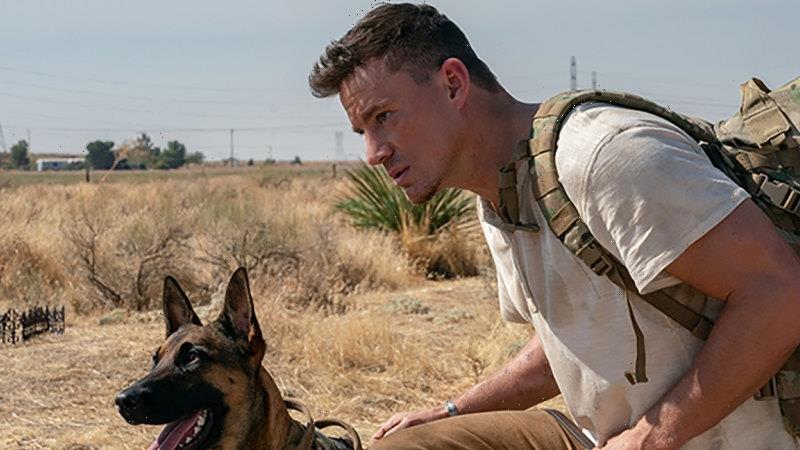 If you’re planning a family trip to the movies, a word of caution: whatever vibe you might be getting from the trailer, Dog isn’t a film for kids. Truthfully, I don’t quite know what it is, aside from being a comeback vehicle for Channing Tatum, who has kept a low profile for the past few years. 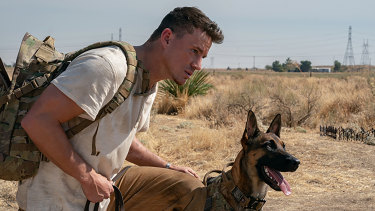 Channing Tatum plays a former US Army Ranger who agrees to escort a Belgian Shepherd named Lulu to a funeral in Dog.

Perhaps he’s been working all along on this well-tooled yet perplexing movie, which he co-directed with its screenwriter Reid Carolin, who has been on board many Tatum projects (including Magic Mike, loosely inspired by its star’s youthful experiences as a stripper).

Looking buff as ever at 41, Tatum stars as Jackson Briggs, a onetime US Army Ranger who has been put out to pasture following a brain injury but is desperate to return to duty in the Middle East.

To get the approval he needs from his commanding officer (Luke Forbes), he agrees to escort a Belgian Shepherd named Lulu from Washington to Arizona to attend the funeral of a comrade (who died not in combat but back home, by driving into a tree).

Lulu was the working dog attached to Jackson’s former unit, but she, too, is considered no longer fit for purpose, with “every trigger in the book” (including air travel, in case you’re wondering).

Both she and Jackson have some healing to do, and over their long hours in the car, Jackson opens up to her as he never could with another human being.

The parallels between the pair are not subtle, nor is the outcome in doubt. But worthwhile movies have been built on shakier foundations – and with Tatum calling the shots, Dog holds some interest for what it might tell us about an actor who has always given the impression of being much shrewder than his meathead persona.

For quite a while, it’s possible to feel he and Carolin know what they’re doing as a directing team. A few minutes in, they’ve already told us a lot about Jackson’s background and personality – first through a montage of wartime photos over the opening credits, and then through the stoic, practical way he accepts the everyday humiliation of working behind a fast-food counter.

They resist making Lulu too adorable, or cutting to her reactions too often for an easy laugh. On the other hand they’re good with sight gags, such as having her leap into the frame to snatch Jackson’s water bottle.

These scenes have been strategised to win over conservative viewers without alienating progressives – and bridging these demographics has always been a big part of Tatum’s success. But the trick only works as long as we don’t think too hard about what’s at stake in the political divide.

In this respect, the longer the film goes on the more evasive it feels. The whole premise suggests that Jackson, like Lulu, may have no real idea what he’s been fighting for, just a specific kind of training and an unquestioning loyalty to his team; the question of how far this loyalty is justified is deliberately left open.

In the same way, Dog wants to be a film about PTSD, but doesn’t want to look too closely at what Jackson’s specific traumatic experiences may have entailed, for him or those on the other side. Nor does the proposition that we’re dealing with a seriously damaged guy feel entirely compatible with the practised goofiness that is Tatum’s stock tactic for winning us over.

When Jackson reminisces to Lulu about the fun they had “getting our murder on”, presumably we’re meant to assume the flippancy is self-protective. But he sounds little different from your usual quippy superhero.

When soon after the film has him singing along to The Lion Sleeps Tonight on the car stereo – well, then it’s Tatum, not the dog, who is too cute for comfort.