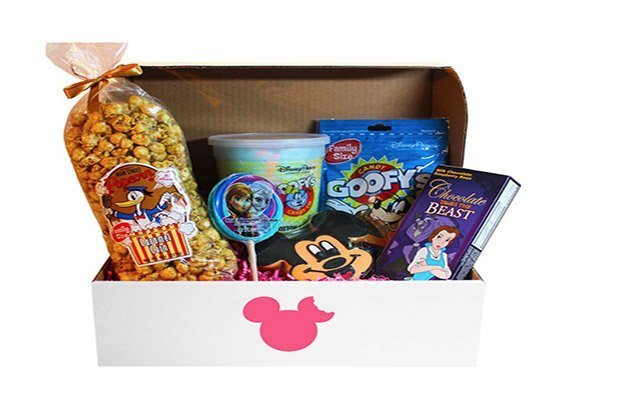 We’re living in a time where it seems you can get pretty much anything delivered any time anywhere.

But we always imagined getting FOOD delivered from Disneyworld would still be a bit of a reach.

A company in the US is now shipping goodies from the famous theme park to fans who have a craving, anywhere in the world.

Until now you could only get the themed food by setting foot in the park yourself.

But Boxney, a portmanteau with Disney and box although they’re not directly affiliated with the company, will happily ship you a box of your favourite Mini and Micky sweets and treats for a fee.

You can also get a one off box instead of subscribing.

The hampers are stuffed with character-shaped cookies, huge lollipops and themed popcorn.

They also include some Disney souvenirs.

So if you’re missing the most magical place on earth but can’t afford a holiday this summer, you know what to do.