Australian researchers have unearthed rock ‘n’ roll gold in the form of a long-lost interview with legendary Led Zeppelin member John Bonham. The 1971 tape of the late drummer – who rarely, if ever, spoke in public – was tracked down in the collection of Canberra’s National Film and Sound Archive and has become the centrepiece of a new documentary about the British band.

Bernard MacMahon, producer of Becoming Led Zeppelin, which documents the first two years of the band’s life and premiered at the Venice Film Festival at the weekend, spent a year scouring global archives for the tape of Bonham, who died in 1980, after hearing a bootleg recording on vinyl. 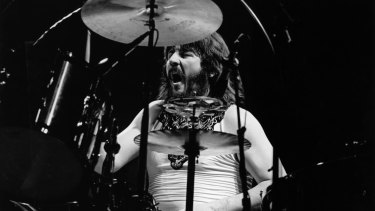 Recognising the accent of the journalist interviewing Bonham and lead singer Robert Plant as Australian, MacMahon’s quest led him to the NFSA.

Archivist Thorsten Kaeding sent over what he could find in the catalogue relating to Led Zeppelin but none of it was what MacMahon was looking for.

“By pure coincidence a few years earlier we had received about 5000 audio tapes and a lot of vinyl records from the Archdiocese of Sydney, who used to own [radio station] 2SM,” said Kaeding. “Because of the size of the collection it takes a long time to go through it.

“Coincidentally, at the time Bernard was asking about this particular interview we had been going through these very tapes and one of our people remembered hearing something that could have been it. We put two and two together and worked out what we had there in an unmarked tape box was actually the interview Bernard was after.” 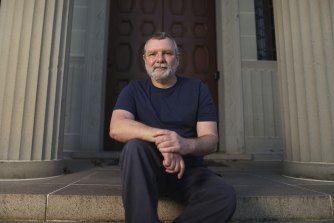 Thorsten Kaeding on the steps of the National Film and Sound Archive.Credit:Alex Ellinghausen

The interview was conducted for 2SM by broadcaster Graeme Berry at Plant’s London home. At the time Led Zeppelin was the biggest rock band in the world and just about to release the album known as Led Zeppelin IV, featuring what was to become their signature song, Stairway to Heaven.

“There were lots of Australian music journalists and DJs working overseas at the time and they often got some pretty fantastic interviews,” said Kaeding.

Surprisingly, for a performer who was so extroverted behind the drums, Bonham rarely gave interviews, preferring to leave Plant to do the talking. His son Jason Bonham has even called his father “very shy”.

“Bonham really didn’t like the limelight and didn’t like giving interviews so this is really rare,” said Kaeding. “In this interview he is really open and engages and seems really happy to talk. It goes through their whole career and even beforehand, so you have John Bonham talking about how he started out in music, where his interests came from and what he was doing before Led Zeppelin. For a documentary maker, this is absolute gold.”

McMahon concurred in an interview earlier this year.

“I just had this belief that if we were meant to make this film we would find what we needed.”

Becoming Led Zeppelin has yet to receive an Australian release date.