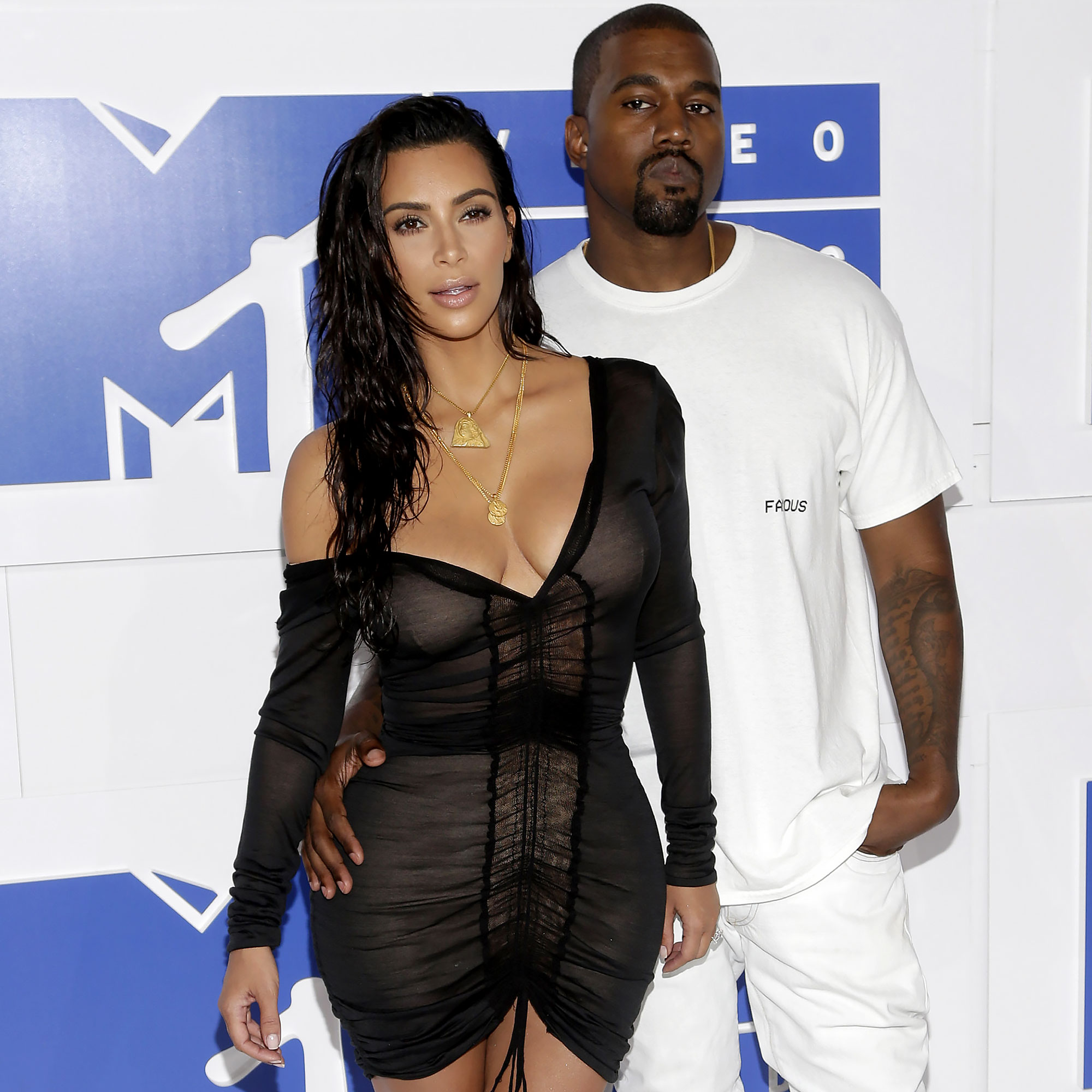 No one in the Kardashian-Jenner family was sparred during Kim Kardashian’s appearance on Saturday Night Live, including her estranged husband, Kanye West. According to a source, however, the rapper was aware of the jokes his ex was going to make at his expense.

“Kanye and Kim were in touch throughout the week on her outfits for the show, the skits and opening monologue,” a source exclusively tells Us Weekly. “They are not together romantically anymore, but they are still work collaborators.”

The source adds, “Kanye knew what Kim would be saying and was fine with everything.”

During her opening monologue on Saturday, October 9, the 40-year-old Keeping Up With the Kardashians alum brought up her decision to file for divorce from West, 44, earlier this year.

“I’ve been very blessed in this life, and I’m grateful for everything, honestly, all the ups, all the downs. I mean, I married the best rapper of all time. Not only that, he’s the richest Black man in America, a talented, legit genius, who gave me four incredible kids,” Kardashian said. “So when I divorced him, you have to know it came down to just one thing: his personality. I know it sounds mean, but people keep telling me that comedy comes from truth. And if there’s one thing that I always strive to be, it’s genuine.”

The KKW Beauty CEO and the Grammy winner, who wed in 2014, share North, 8, Saint, 5, Chicago, 3, and Psalm, 2. West was spotted with Kardashian in New York City in the days leading up to her SNL debut. His support came two months after she attended several Donda listening parties ahead of his 10th album drop.

Elsewhere in her monologue, Kardashian poked fun at West (and former stepfather Caitlyn Jenner) for their failed political runs.

Drake! Peppa Pig! Everyone Kanye West Had Beef With Over The Years

“Now I know we’re divided as a country, but I’d love America to come together, which is why I’m here to announce that I’m running for — I’m just kidding, guys!” she quipped. “I’m not running for president. We can’t have three failed politicians in one family.”

In addition to making jokes about mom Kris Jenner’s boyfriend, Corey Gamble, being a “gold digger” and her sisters stealing her look via plastic surgery, Kim parodied Kourtney Kardashian in a skit titled “The People’s Kourt,” mocking her monotone voice and relationship with Travis Barker.

“Ahhhhh! This is everything!” the Poosh founder captioned a clip of the skit on Sunday, October 10. “@KimKardashian you killed SNL.”