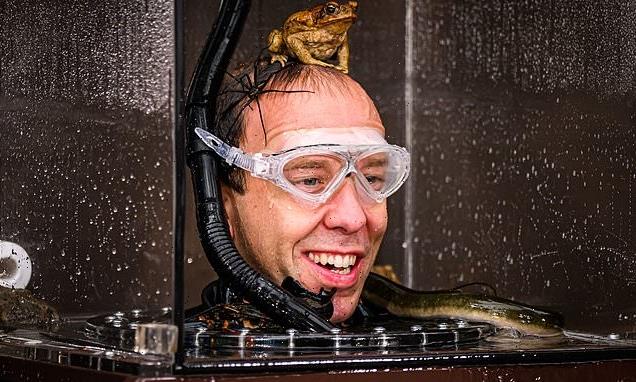 CRAIG BROWN: Why we’re grubbing for our share of jungle fame

As President of the WGA (Witchetty Grub Association), I am writing on behalf of my members to protest in the strongest possible terms at our treatment in the media.

For almost a quarter of a century, many thousands of ordinary, decent, hard-working witchetty grubs have been lured on to the popular ITV show I’m A Celebrity . . . Get Me Out of Here! by the promise of ‘appearing on the telly’. Nothing could have been farther from the truth.

Stress counsellors employed by my association have discovered many of them thought that, by appearing on the show, they would be catapulted to stardom, destined to front game shows, travel programmes and all-star cookery contests. 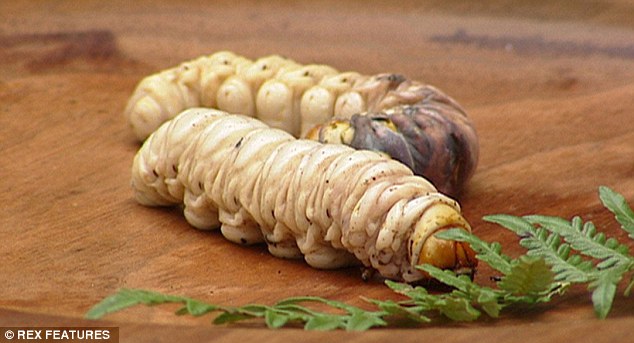 Witchetty grubs make an appearance during a bushtucker trial on February 1, 2004 on I’m A Celebrity…Get Me Out Of Here!

Instead, after a brief glimpse of small-screen celebrity, they found themselves swallowed whole by a succession of former disc jockeys, disgraced politicians and soap stars.

At no point were any of these witchetty grubs given the opportunity to reveal their real selves to the viewing public, to show off their talents or to talk about their innermost feelings. In future, we shall be boycotting this programme.

Further to your last correspondent, I would like to offer a note of hope to the witchetty grub community.

As a pig’s anus of long standing, I appeared in a starring role in a Bushtucker Trial on I’m A Celebrity in 2017.

Before the episode began, I was placed on a china dish under a silver salver, ready for a celebrity contestant to chew.

Imagine my horror when the lid of the silver salver was removed and I found myself confronted by the wide-open mouth of former Conservative MP Edwina Currie. 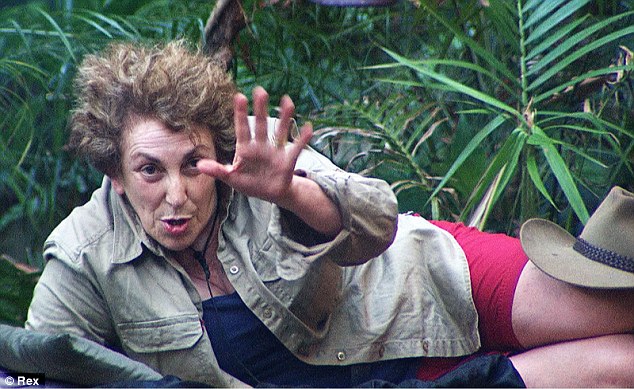 Edwina Currie appears in I’m A Celebrity…Get Me Out Of Here! on November 24, 2014

Ms Currie failed the trial and went back to camp with no stars, leaving me on the side of the plate. Frankly, it’s always tough being a pig’s anus and to conquer popular prejudice. But something about me and the way I conducted myself on that plate must have struck a chord with viewers. I had shown them another side of my personality; they had liked me for myself. I am told they found me very down-to-earth.

After successful personal appearances on news programmes and breakfast TV, I was approached to stand as a candidate in a marginal constituency. At the General Election of 2019, I became the first pig’s anus ever elected to Parliament.

So what I say to the next generation of witchetty grubs is this. Follow your dreams. Give it one hundred and ten per cent.

And — who knows? — one day you, too, may get to guide the country through one of its worst crises.

My name is Terry Toad. Although I had a long and distinguished career living quietly in the jungle, I will probably be best known as ‘the toad that sat on Matt Hancock’s head in his final TV trial’.

Friends and strangers regularly say ‘that must have been a very unpleasant experience’ but it gave me a chance to confront my demons. Since childhood, I have had an irrational fear of MPs, but no longer.

The viewers were able to see ‘the real me’ and during my time on the television I was able to reveal my lighter side, as well as gaining much-needed publicity for my ongoing toad safety campaign.

My fame is such that I am reliably informed Matt is regularly approached by people in the street who ask him, ‘Aren’t you the guy we spotted standing beneath Terry Toad?’ 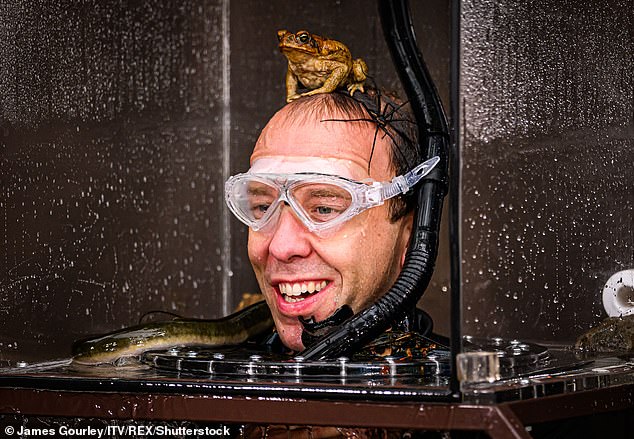 Matt Hancock takes part in a bushtucker trial on ITV’s I’m a Celebrity… Get Me Out of Here on November 27, 2022

Anyway, at the after-party Matt and I had a good laugh, and we plan to meet up for a meal and a natter when our diaries allow.

May I also say how grateful I am to all those who voted to keep me in the jungle.

During my time on screen, viewers seem to have responded warmly to my relaxed style and no-nonsense personality. This has led to offers of personal appearances on prestigious shows such as Celebrity Antiques Toad Trip.

I have also been invited to join other celebrity reptiles and amphibians, including an original member of the Teenage Mutant Ninja Turtles, on television’s Blankety Blank.

And, since I already own a pair of pink trousers, I will shortly be replacing Michael Portillo as presenter of Great Railway Journeys Of The World.