Never talk down the art of tittle-tattle! CRAIG BROWN says gossip transforms into history as if by magic

On Tuesday, I wrote about how both the Prime Minister, and more recently the Pope, have criticised the practice — or is it the art? — of gossip.

In his welcoming address to a group of weary pilgrim hairdressers, Pope Francis advised them to ‘avoid falling into the temptation of gossip that is easily associated with your work’.

But what to do instead? Presumably, His Holiness wouldn’t want these poor hairdressers to stay silent while cutting, washing and drying. Yet he offered no advice on how to talk without gossiping, which, as we all know, is almost as hard as talking without using the letter ‘e’. 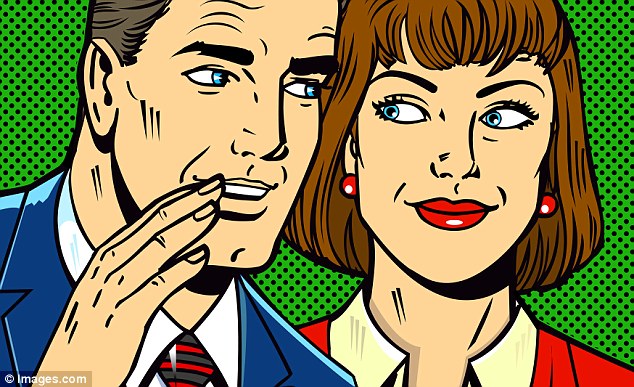 Almost all conversation, other than the most technical, involves some level of gossip

I take an interest.

Some people affect to pooh-pooh gossip in favour of higher things. ‘I am above all that,’ they say. ‘My interests lie in philosophy and politics.’ This is surely what Theresa May was suggesting when she boasted, on entering the Tory leadership contest in 2015, ‘I don’t gossip about people over lunch.’

Of course, she might have meant that she only ever gossips over breakfast, tea and supper, but I doubt it. She wanted everyone to believe her to be so high-minded that, as the late Tony Benn used to put it, she preferred to ‘keep personalities out of it, and stick to the issues’.

As Benn grew older, he became more and more interested in personalities, and less and less in politics.

By the penultimate volume of his diaries, there’s barely an entry that isn’t tinged with gossip.

In the final volume, he reads through his old diaries, and ruefully admits that, despite what he used to say, he never managed to keep personalities out of it.

‘I have been very abusive, and despite all I say about not making personal attacks, my diary is full of them: ‘he’s an awful man’, ‘I loathe him’, ‘he’s pompous’, ‘he’s arrogant’.’ Yet Benn need not have worried. After all, gossip is only history, plus time.

At the moment, taking an interest in, say, the love triangle of Charles, Diana and Camilla is regarded as low-brow. Yet in a hundred years time, the three of them will be part of the A-Level history curriculum, and students will be forced to learn the names of all the minor characters — James Hewitt, Paul Burrell, Sarah Ferguson — off by heart. 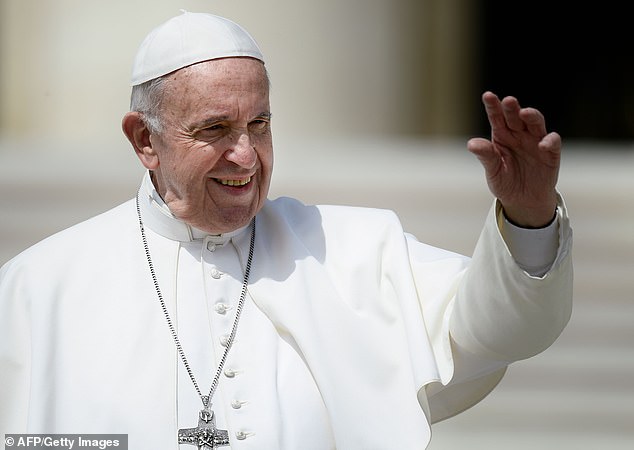 Pope Francis (pictured yesterday at the Vatican) offered no advice on how to talk without gossiping, which, as we all know, is almost as hard as talking without using the letter ‘e’

Wait 500 years, and what was once seen as tittle-tattle turns miraculously into scholarship.

Every few years, a respectable historian publishes a book about Charles’s ancestor King Henry VIII and his six wives.

Old gossip from the trial of Anne Boleyn is reheated: how she had lovers galore, and seduced her own brother, as the prosecution chose to put it, by ‘alluring him with her tongue in his mouth, and his tongue in hers’.

Hey presto! As if by magic, gossip transforms into history.

Almost all conversation, other than the most technical, involves some level of gossip, because when people speak they tend to speak about other people.

Pope Francis might have been better off warning the hairdressers away from the only two unforgivable forms of gossip — the dull and the false.

The dull is easy to identify. A good example comes in the letters of Sir John Gielgud. ‘Did I tell you,’ he asks his fellow actor Michael York on June 2, 1977, ‘of the awful moment when Princess Grace came round in New York and for one ghastly second I ALMOST greeted her as Deborah Kerr!’

False gossip, harder to identify, is what continues to give gossip a bad name. Sometimes, it is made up with malicious intent, but it can also result from a mis-hearing.

John Mortimer once put it about that Kingsley Amis had admitted that he had ‘hit his son with a hammer’. In fact, Mortimer had misheard.

What Kingsley Amis had really said was that he had hit his thumb with a hammer, which is quite another thing.

My advice to Pope Francis? Call those hairdressers back and tell them to carry on gossiping, but to make absolutely sure that everyone can hear.