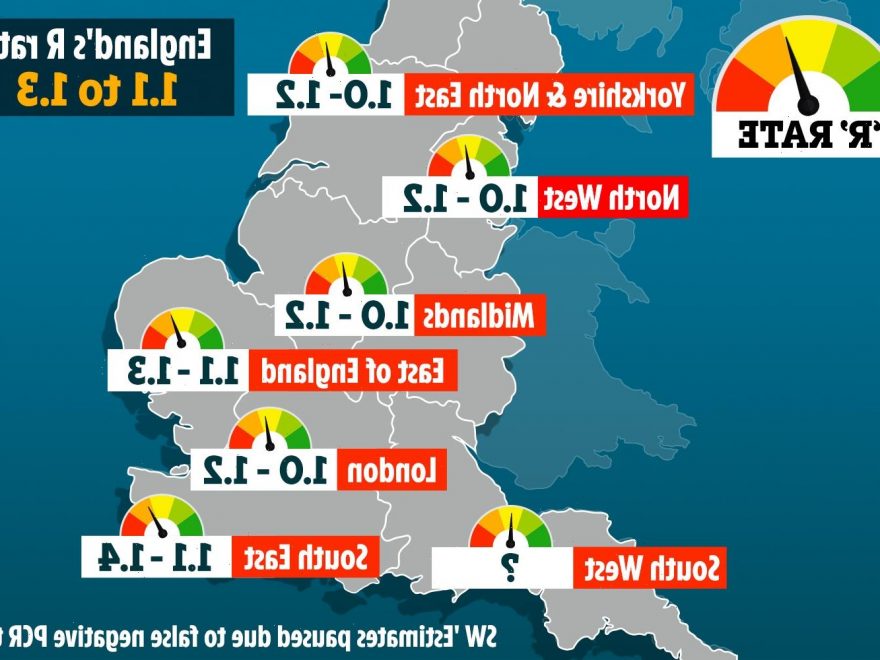 THE official coronavirus R rate could be as high as 1.4 in some areas of England as one in 50 people are now infected with the virus, data has revealed.

It's the second week in a row that the R rate has risen and it now sits between 1.1 and 1.3 in England. 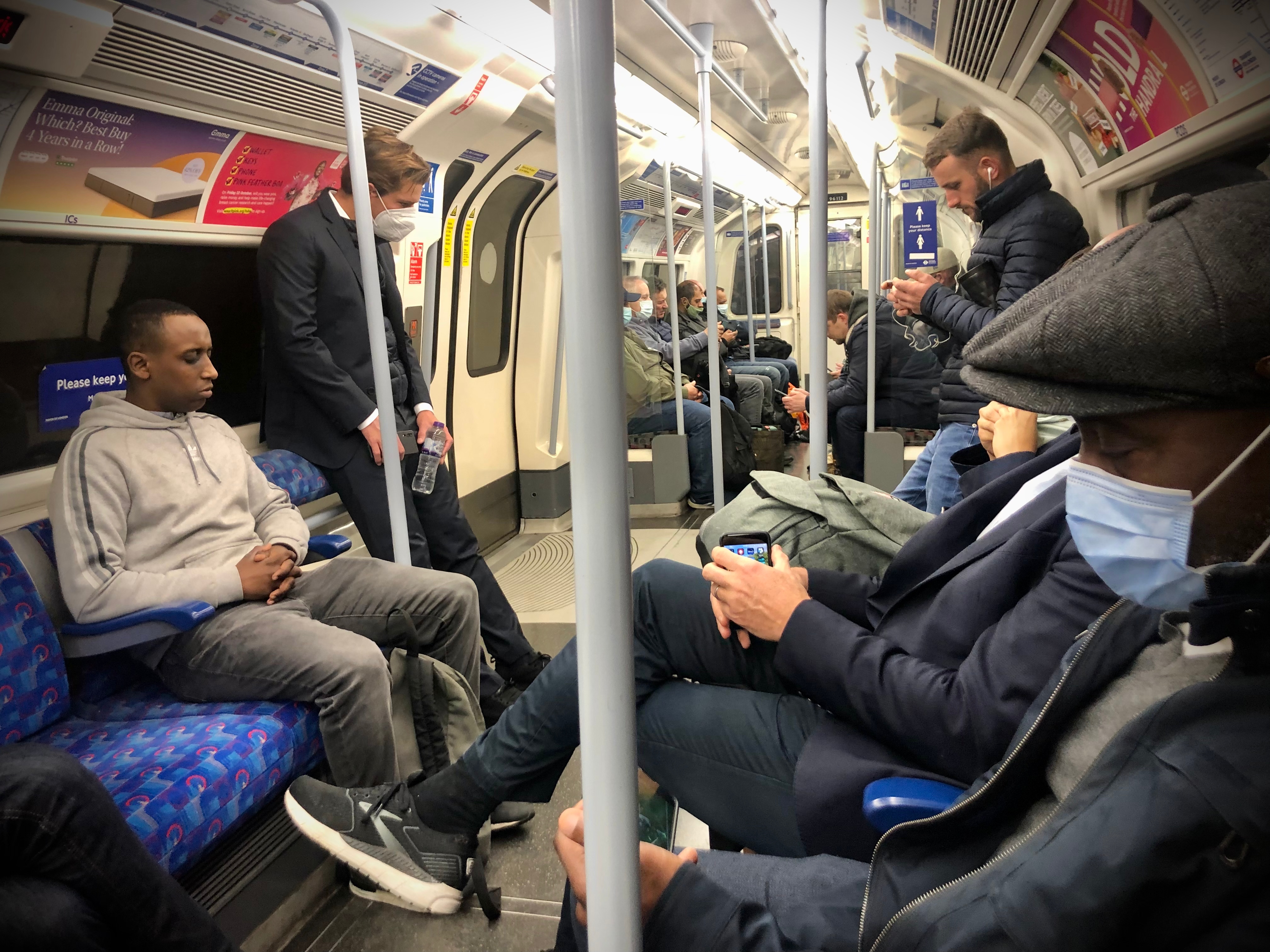 Levels are believed to be as high as 1.4 in the South East and are lowest in London, the Midlands, the North East and Yorkshire and the North West, where it sits between 1.0 and 1.2.

In the East of England, R sits between 1.1 and 1.3 and government experts have warned that care should be taken when interpreting R estimates.

Rates for the South West have been excluded this week as the government continues to understand the impact of the negative PCR tests blunder that saw over 40,000 people have false negatives.

The update on the R rate comes as the latest Office for National Statistics (ONS) survey estimates around one in 50 people in England had the virus in the week to October 22, up from one in 55 the previous week and the equivalent of about 1.1 million people.

That is the same proportion of people who were estimated to have coronavirus at the peak of the second wave in early January when the UK was still in a third coronavirus lockdown.

Despite the climb in infections, government ministers have insisted that Plan B measures such as mandatory mask wearing and working from home orders are not set to come back any time soon.

Experts have claimed that if Brits get their boosters then Plan B measures won't be needed.

Prof Neil Ferguson, who advises the government and lobbied for the first lockdown, now thinks the virus is already in retreat.

“There are already some encouraging signs in terms of a dip in case numbers. If it isn’t peaking now, then most of the modelling suggests it should peak very soon, as long as we keep getting boosters into people’s arms.

“There is some time to see whether the drop in case numbers now is sustained, in which case [Plan B] measures shouldn’t be necessary.”

His comments were off the back of a study published in Lancet Infectious Diseases which found three-quarters of vaccinated people will not catch the virus from someone in their own household.

Researchers said this demonstrates that unvaccinated people cannot rely on the immunity of those who have been jabbed for protection.

Just last week The Sun launched its Give Britain a Booster campaign.

Experts fear cases and hospital admissions could surge in older people this winter as protection wears off from the vaccines they had six months ago.

Having a booster tops up waning immunity and hundreds of thousands of people have now had their boosters thanks to the campaign.

The study also found that the more infectious Delta variant, which accounts for around 98 per cent of Covid cases in the UK, causes a shorter illness than the initial virus did – and vaccines help people get over it even quicker.

As infections continue to climb, the latest Government figures show 8,914 patients were in hospital in the UK with Covid-19 on October 27, up 9 per cent on the previous week, but still well below levels seen during the second wave when hospital numbers peaked at 39,254 on January 18.

A total of 1,060 deaths had been reported in the seven days to October 28 of people who died within 28 days of testing positive for Covid-19.