If learning about the controversy surrounding 2018’s Green Book movie didn’t inspire you to do some research into The Negro Motorist Green Book (the annual guidebook for Black travelers during Jim Crow) then Courtney B. Vance hopes Lovecraft Country motivates flexing your research muscle.

The HBO series provides a more accurate picture of the indispensable Green Book, without whitewashing this part of Black history.

On the second episode of the Black Girl Watching podcast, hosts Brooke Obie and Britni Danielle chat with Vance whose George Freeman character publishes The Safe Negro Traveler Guide. “I was very happy about the fact that we could teach. And that’s what we’re doing, we’re teaching. And giving people an opportunity to Google and do some research on your own [on the real Green Book],” said the Emmy award winner. 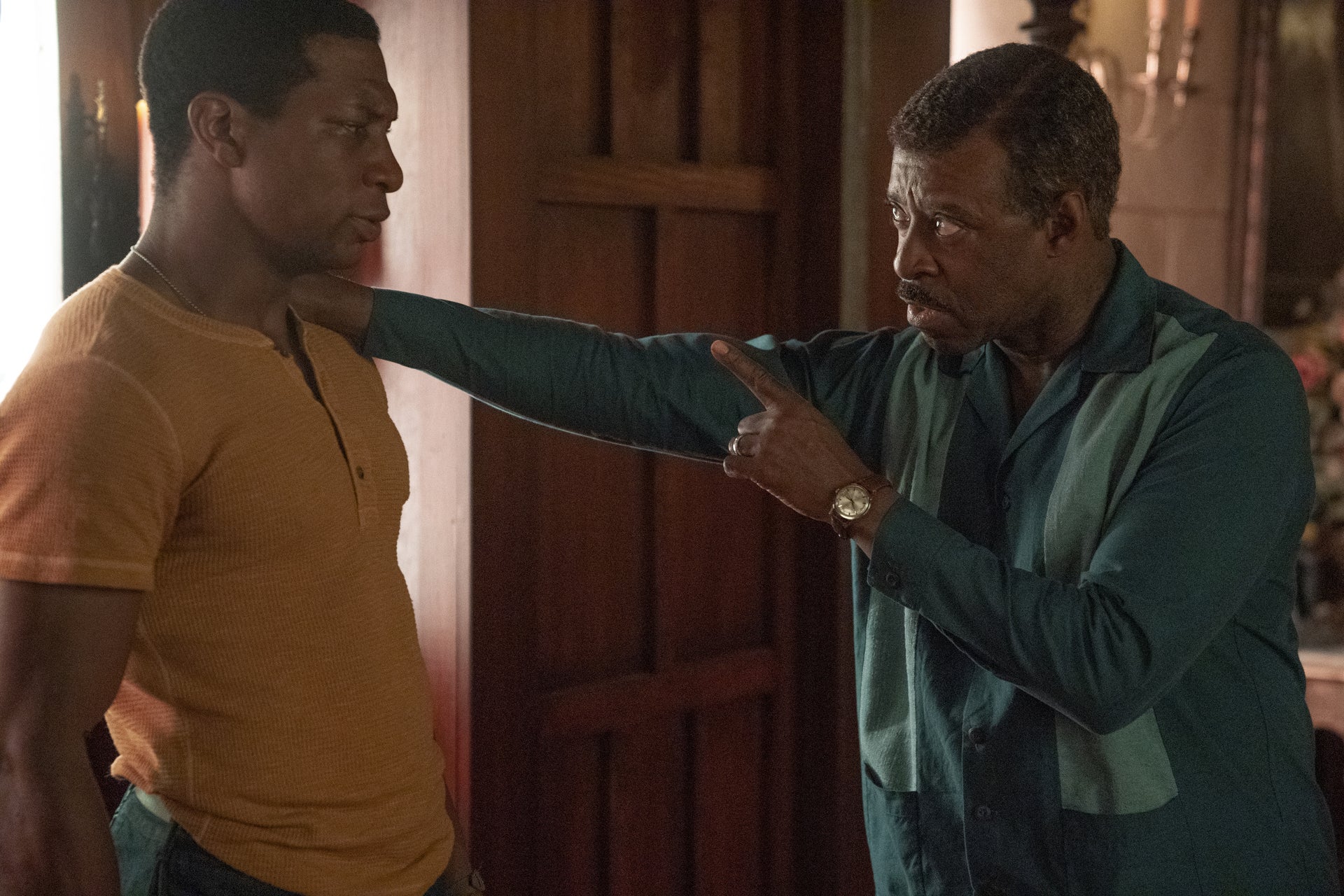 Vance, who’s a fan of Lovecraft Country showrunner Misha Green’s work, including Underground, said it’s not easy to sum up the sci-fi meets Afrofuturism show in a few words. “It’s a show that’s very hard to explain. You get a Green Book family that’s going around charting out places for Black folks to stay in the ’50s, and I know that intimately. And then in the midst of that, there’s monsters,” he told Obie and Danielle. “But it was about [Misha]—I wanted to be with her, because I thought that making the underground railroad an action flick was nothing short of brilliant.”

Green is always full of brilliant surprises, so viewers probably weren’t ready to see George die in the second episode, but Vance knew this was coming. “I knew I would be saying goodbye in the second episode. It was one of those scriptural, structural things that somebody’s death propels the series and someone has to be sacrificed on the altar of structure, and that was me. But this is a monster movie, and no telling what can happen [laughs]. So, I’ll just leave it there. It was disappointing but what an episode, what a ride,” he said about his character’s death.

Check out Vance’s full interview and commentary about the entire Lovecraft Country season on the weekly Black Girl Watching  podcast via Spotify.