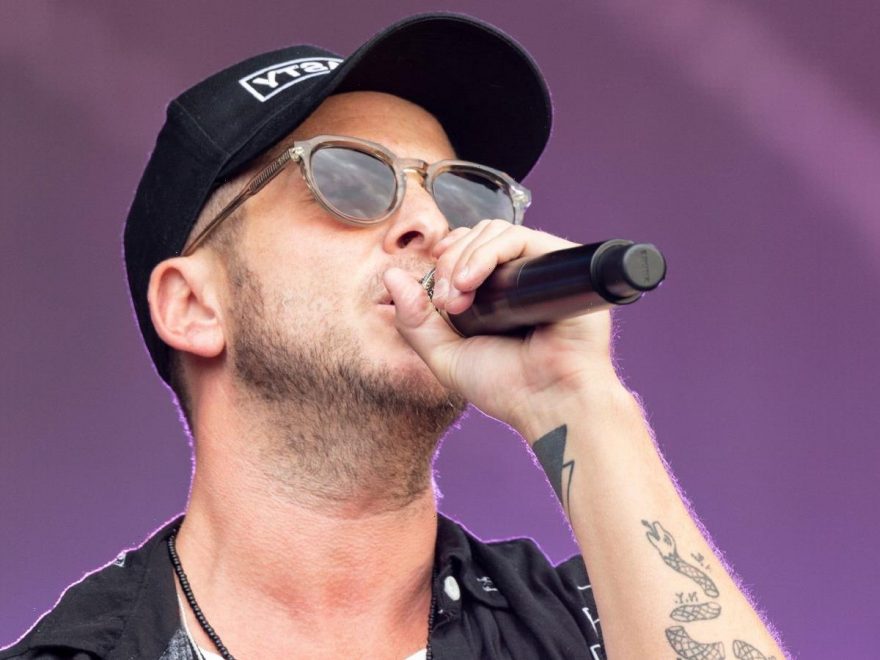 Called the Undercover King of Pop, Ryan Tedder of OneRepublic is one of the most prolific songwriters in the industry and has earned a $150 million fortune from his work in music.

Ryan Tedder began learning music from a very young age of 3 by playing instruments and training as a singer within a few years. While continuing his music training, he graduated high school and went to college in Colorado Springs. It was there he met Zach Filkins, his future bandmate of OneRepublic. Known as the lead vocalist and sometimes instrumentalist for the band, Ryan Tedder is hailed as one of the most successful songwriters of all time as he has co-written singles for the biggest names in the industry, from Beyonce to Taylor Swift. His catalog is worth $200 million, and he makes millions of songwriting royalties yearly.

With a fortune of $150 million, Ryan Tedder’s passion for music goes beyond paychecks as he believes in working with great artists and keeps the monetary benefits in the backseat. His successful albums earned him 3 Grammy Awards and many other notable accolades. Let’s look at how OneRepublic’s Ryan Tedder made his net worth of $150 million.

Born in an extended family of missionaries and pastors, Ryan Tedder learned to play the piano with the Suzuki method and was taught by his musician father in exchange for candy corn. While attending a Christian school in Colorado Springs, he met his future bandmate Zach Filkins at soccer practice. According to GQ, while the musician began learning music from a young age, it wasn’t until he listened to the rock trio Ben Folds Five that he wanted to pursue music. In the 90s, music from Pearl Jam and Nirvana and Peter Gabriel from Genesis influenced him.

RELATED: 10 Artists Who Left Their Bands For Unsuccessful Solo Careers

After graduating college, Tedder got his start in music by interning at DreamWorks SKG, where he helped musicians create their demo song reels. He went on to compete in a contest announced by NSYNC bass singer Lance Bass wherein singers had to perform live, and the highest-scoring contest would win a record deal with Free Lance Entertainment. Tedder sang a new single, The Look, which won him the competition, but the contract was bogus and never saw the light of the day.

2 Life With One Republic And Business Ventures

OneRepublic was formed in 2002 with Tedder as the lead singer/multi-instrumentalist, Zach Filkins was named the violist and lead guitarist, Drew Brown joined as rhythm guitarist while Brent Kutzle was bassist and cellist, and Eddie Fisher for the drums. Along with working and co-writing for the band, Ryan Tedder also began collaborating with Timbaland as a producer for other artists. OneRepublic released their first hit single in Apologize, which became a worldwide hit, as noted by Celebrity Net Worth. It released No.1 spot on the Myspace chart and secured the No.2 spot on Billboard Hot 100.

Ryan Tedder also ventured into business, and with enough experience producing music with Timbaland, he began his record company Patriot Records. The company has been famous for co-writing music for artists like The Lonely Island and Leona Lewis. He also started a non-alcoholic beverage drink called Mad Tasty and invested in a Southern Hospitality business with Justin Timberlake. The duo is currently working on expanding the company into a global chain.

Working with OneRepublic, Tedder gained worldwide acclaim and scored another Billboard Hot 100 hit with Counting Stars in 2015, which also landed the second spot. Producing music and being a lead vocalist has been a significant part of Tedder’s portfolio, but no venture has been more successful as his songwriting talent. Dubbed the Undercover King of Pop, Tedder first became prominent after co-writing Do It Well with Jennifer Lopez in 2007. As mentioned by Rolling Stone, he has co-written some of the biggest hits of all time, including Halo for Beyonce, Bleeding Love by Leona Lewis, Adele’s Rumor Has It, Good In Goodbye for Carrie Underwood, Burn by Ellie Goulding, Taylor Swift’s I Know Places and Welcome To New York, and many more.

Ryan Tedder is known for being at all places at the same time. While producing music for one artist, he is co-writing for another and also simultaneously traveling the world with OneRepublic on global tours. 2013 was his biggest year as he made $2.3 million from songwriting alone, as stated by Billboard. In 2021, Ryan Tedder sold the majority of his catalog to investment firm KKR for $200 million, including 500 songs he co-wrote for other artists and from OneRepublic. He became one of the youngest producers to sell his catalog for a hefty price.

With the return of the old-school blockbuster Top Gun: Maverick in 2022, OneRepublic also returned to the Billboard charts after eight years with a track from the movie I Ain’t Worried, which landed at the No.8 position on Billboard Hot 100. Ryan Tedder is currently on a world tour with OneRepublic until March 2023.

READ NEXT: 10 Justin Bieber Hits That Topped The Billboard Hot 100