More than a billion dollars was added to the value of ASX-listed health insurers Medibank Private and NIB on Monday after the Coalition's election victory removed the threat of a cap on premium increases as promised by Labor.

The Labor opposition had promised that, if elected, it would immediately establish a Productivity Commission inquiry, as well as impose a 2 per cent cap on annual premium increases for two years. 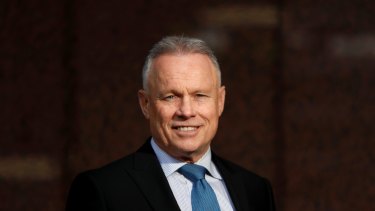 NIB chief executive Mark Fitzgibbon said the pressure would still be on health insurers to control cost inflation for both customers and investors.

"I think the removal of the [cap] threat is not going to change our determination to keep premium growth down," he said on Monday.

"The fact that there has been no change of government does not alter the fact that consumers are feeling the pressure," he said adding that this could be seen in the declining rate of health insurance participation.

According to Medibank, the health insurance industry operated on an average profit margin of just over 5 per cent, and costs are rising at 3.5 per cent to 4 per cent a year. 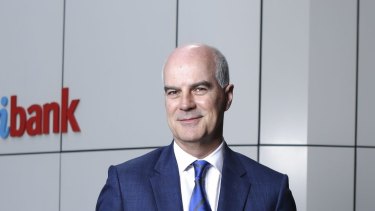 Medibank chief Craig Drummond warned of carnage among the not-for-profit insurers if Labor capped premiums at 2 per cent for 2 years. Credit:Wayne Taylor

In the most recent round of premium increases last month, Medibank lifted its premiums 3.3 per cent and NIB by 3.38 per cent.

In February, Medibank chief executive Craig Drummond said the Labor policy could trigger a crisis among the not-for-profit health insurers which survive on modest profit margins.

He said Medibank would be prepared to swoop on these weakened rivals in a scenario he likened the potential situation to the global financial crisis, which saw smaller banks like St George and Bankwest swallowed by better capitalised rivals.

"We would be putting ourselves forward in that position, if APRA [the Australian Prudential Regulation Authority] needs a white knight," he said.

The earnings of both Medibank and NIB have received a boost over the last year as rising gap costs have left their customers delaying elective surgery in larger than expected numbers.

"The underlying theme associated with our performance continues to be the historically low level of claims inflation," NIB chief executive Mark Fitzgibbon told an analyst briefing in February.