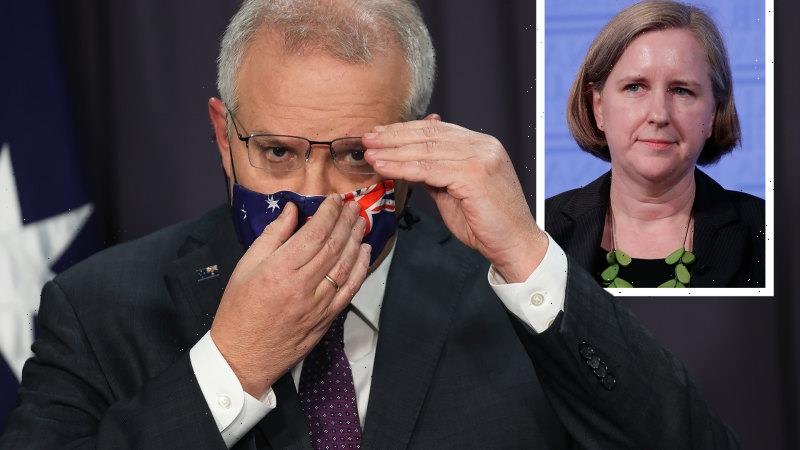 Liberal MPs are urging Prime Minister Scott Morrison to take a hard line against states that veto plans to ease lockdowns when vaccination rates hit 70 per cent, escalating a political clash over calls to abandon the target when coronavirus case numbers have surged to record levels.

Federal government MPs are demanding a clear path toward easing rules to give Australians a “reward” for signing up for vaccinations, with some calling for states to be able to go it alone rather than being held to the national target. 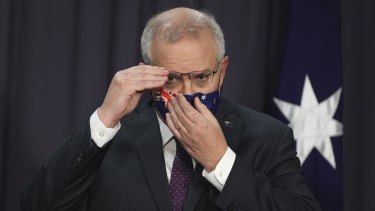 With national daily case numbers climbing to 917 on Sunday, the highest since the pandemic began, state and territory leaders questioned Mr Morrison’s claim that the medical advice to national cabinet endorsed the plan even at high infection rates.

The advice, from Doherty Institute professor of epidemiology Jodie McVernon and her colleagues, assumed only 30 cases in one scenario but is being clarified with a new assessment likely to go to states and territories this week.

“We assume that a single outbreak involving 30 individuals initiates community transmission at the time of transition to Phase B once target vaccine coverage is achieved,” the Doherty report said.

The latest assessment, sent to Mr Morrison over the weekend, said the conclusion of the modelling over time was “essentially unchanged” if the case numbers were in the hundreds at the start.

But the government has not released the new assessment and is fighting growing scepticism about its claims, with Labor leader Anthony Albanese calling for the public to see the full advice so people could know whether it was safe to ease the rules. 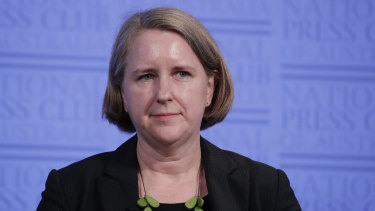 While the lockdown rules are under the control of states and territories, federal government MPs are calling for a hard line in Canberra to keep all leaders to the agreement to ease the curbs at 70 per cent vaccination and use lockdowns only in rare circumstances at 80 per cent.

Parliament resumes on Monday for two weeks with government MPs becoming increasingly vocal about the need to ease the lockdowns, in contrast with Labor warning about relaxing the rules too quickly and driving case numbers even higher.

Liberal MP Fiona Martin, who represents Reid in the western suburbs of Sydney, said she was seeing lists of local companies going into liquidation and reports of mental health issues.

“By opening up we are protecting people’s mental health,” said Dr Martin, a psychologist.

Katie Allen, the Liberal member for Higgins in Melbourne, said some of the restrictions already in place were not based on medical evidence, such as curfews, and should be the first to go when the targets were reached.

“Once we get to the 70 per cent market we need to give people some incentives for having done the right thing,” said Dr Allen, a doctor and medical researcher before she entered Parliament.

“There is a divide that is opening up in the community – you’re either pro-lockdown or anti-lockdown – and I think good bipartisan leadership will show that you have to transition out of lockdowns.

“It would be better for the country if everyone could agree on what that looked like, and I would like to see strong leadership with people sticking to the national plan they agreed to. The country needs to have some hope.”

But Labor MP Mike Freelander, a doctor who represents Macarthur in western Sydney, said the 70 per cent target meant “courting disaster” with high pressure on the health system, at least until children were immunised.

“The immunisation rates in high-risk groups – like Indigenous, diabetics, immuno-suppressed, teachers – are so low that it would be cavalier to remove restrictions too soon,” he said.

“We may get to 90 per cent of Point Piper immunised but 30 per cent of Mount Druitt,” he said, contrasting suburbs in Sydney’s wealthier east and poorer west.

“I think the modelling needs to be questioned in great detail.”

The calls from within government ranks follow comments from Treasurer Josh Frydenberg in recent days about the need to accept that the virus cannot be eliminated and will likely cause more deaths, even though vaccines will blunt its impact.

NSW Liberal Senator Andrew Bragg said political leaders had to tell Australians the virus could not be eliminated rather than hold out false hope it could be achieved.

“There could be a case for some restrictions after 70 per cent but they can’t be the same punitive restrictions we have at the moment, because the whole point of getting to that vaccination is that we can start to ease,” Senator Bragg said.

The national cabinet agreement sets a twin target by saying states should ease restrictions once their vaccination rates reach 70 and 80 per cent and the national average reaches the same levels, but there is a push within the party room to allow more freedom.

Jason Falinski, the Liberal member for Mackellar on Sydney’s northern beaches, said it was wrong to hold states back by waiting for the national average when states such as Western Australia were lagging on vaccination.

“If you say that we in NSW can start relaxing when we hit 70 per cent, that’s going to have a significant impact,” he said.

“You’ve got to have stepping-stone rewards to keep people going.”

Liberal backbencher Dave Sharma, who represents Wentworth in eastern Sydney, said the mortality rate from the NSW outbreak was lower than seen in Victoria last year and that this showed the rules could be eased as vaccination increased.

“Lockdowns impose an immense cost, not only in terms of businesses and livelihoods but also on mental health, education and general well-being – they are not cost-free,” he said.