BRADLEY WALSH was starring in Peter Pan in St Albans when the flying hero was left high and dry. “The girl playing Pan was to fly on from the back of the theatre,” he recalls. “She took off okay but then got stuck in the middle of the roof, hanging above everyone’s heads. Try as we might we couldn’t get her down. She was stuck like a good ‘un and we had to stop the show while we rescued her.”

Before her untimely death in 2015, CILLA BLACK was a huge panto favourite but she never forgot the time she was upstaged by a cheeky child during a performance of Jack and the Beanstalk. Playing Jack, when it came to slaying the giant, she turned to the audience and asked: “What shall I do with him, kids?” To which one bright spark yelled: “Sing to him!”

The late DES O’CONNOR was playing panto in Birmingham when he suffered chest pains and thought he was having heart trouble and saw a specialist. He recalled: “It turned out that I had pulled a muscle in my chest? by throwing sweets to the kids in the upper circle.”

CLAIRE SWEENEY found pantomime anything but a great leveller. “In one of my first pantos, I was the principal boy and the heel went on my shoe,” she revealed. “I had to do the whole ballroom scene limping around on two shoes of different heights.

“With pantomime you’ve just got to laugh it off.” 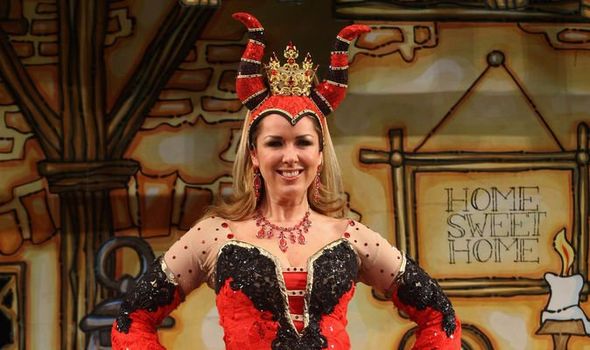 RUSS ABBOT has a fund of stories from his panto days. Like the time one over-enthusiastic actor raised his arms too high while playing a scary ghost: “Unfortunately this resulted in the eye-holes in his ghost costume being raised above his own eyes, so he couldn’t see a thing. Instead of exiting stage left, he stepped right into the orchestra pit.”

The late ROY HUDD reluctantly gave up performing pantos when he turned 60 but continued to write them. He once told me: “My favourite part of any panto was when we’d get kids up on stage for a chat and a giggle. I remember asking one little girl her name and then inquired if she had ever done anything on the stage before. She brought the house down when she said: ‘Yes? wee wees’.”

Performing on home ground in Liverpool, veteran comic TOM O’CONNOR recalled working one audience into a frenzy with the “It’s behind you!” routine. “The first couple of rows were filled with young lads from a very posh school,” he said. “I distinctly heard one say to his pal, ‘Oh do stop shouting, Charles. The man is clearly an idiot’.”

Funnyman BRIAN CONLEY has been headlining pantomimes all his adult life. “Audiences love it when things go wrong,” he says. “Like the time I got my sleeve caught in Cinderella’s hair and I pulled her wig off.” 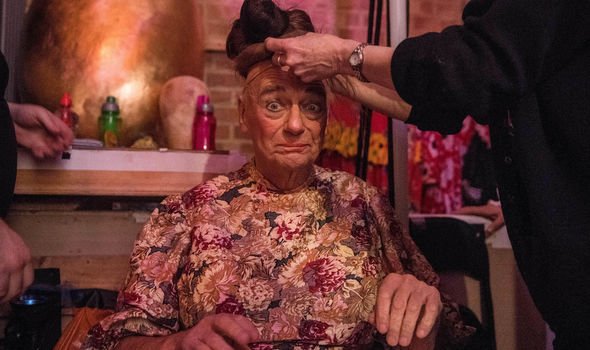 It was early trips to pantoland that inspired Spice Girl EMMA BUNTON to pursue a showbiz career. “As a little girl I loved watching all the magic unfold on stage,” she recalls. ” I always made sure I was wearing trainers – so I could sprint to the stage if they ever needed volunteers.”

Legendary Hollywood star MICKEY ROONEY made his debut in British panto at the age of 86 when he played Baron Hardup in Cinderella at the Sunderland Empire. Before stepping on stage, he admitted: “I’ve discovered that pantomime is not just for the young but also for the young at heart – that’s me.”

The Panto appeal of KEITH HARRIS depended a great deal on his feathered friend Orville – so the ventriloquist felt a little lonely when he once had to appear on stage without his puppet. Keith’s dressing room door had been mistakenly locked – with Orville inside.

Luckily backstage staff at the Crewe Lyceum realised something was wrong and the bird was rescued. From the corner of his eye Keith spotted Orville being carried on stage and, quick as a flash, asked the crowd if anyone had seen his little friend. To which they bellowed: “He’s behind you.” 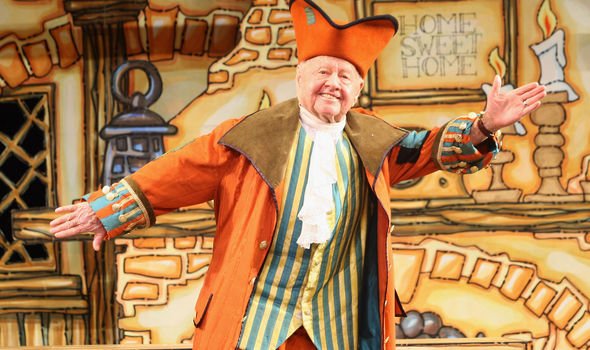 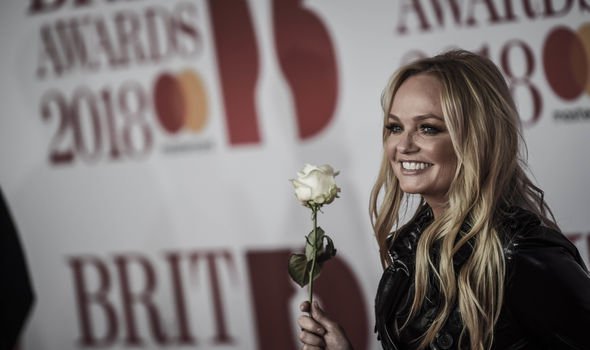 Keith Harris and Orville Singer and actress ANITA HARRIS, who has appeared in more than 40 pantos, has vivid memories of the time comic Jimmy Tarbuck silenced her in every show during the 1967 season of Cinderella, in Coventry.

“As Buttons, in one hilarious scene he would ‘freeze’ me and I had to remain static and silent until the fairy ‘unfroze’ me,” she recalls. “As the weeks went on, he deliberately kept me frozen for longer and longer while he joked with the audience! Sometimes I only just made my costume-change for the ballroom scene in time.”

LES DAWSON is regarded as one of the finest panto dames ever to have trod the boards and wowed audiences with his ever more outrageous costumes. 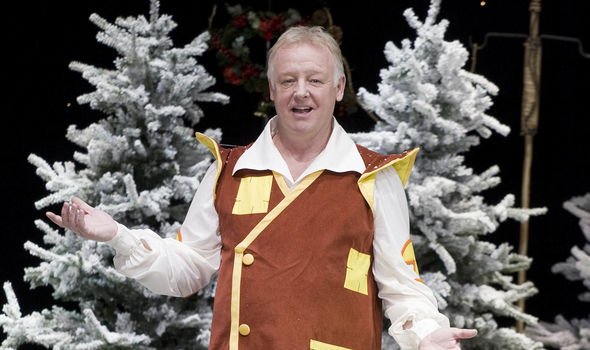 Interviewing the late comic legend before one performance at the Grand Theatre, Wolverhampton, I had a rather different view of the star.

When he opened his dressing room door, Les was at the beginning of his panto transformation – and looked far from festive or imposing in a string vest and Y-fronts!

He joked: “My parents must have foreseen the time I would earn money by dressing up as a woman. Which is probably why they christened me not Les, but Tuesday. They’d decided to have one last baby and call it a day!”