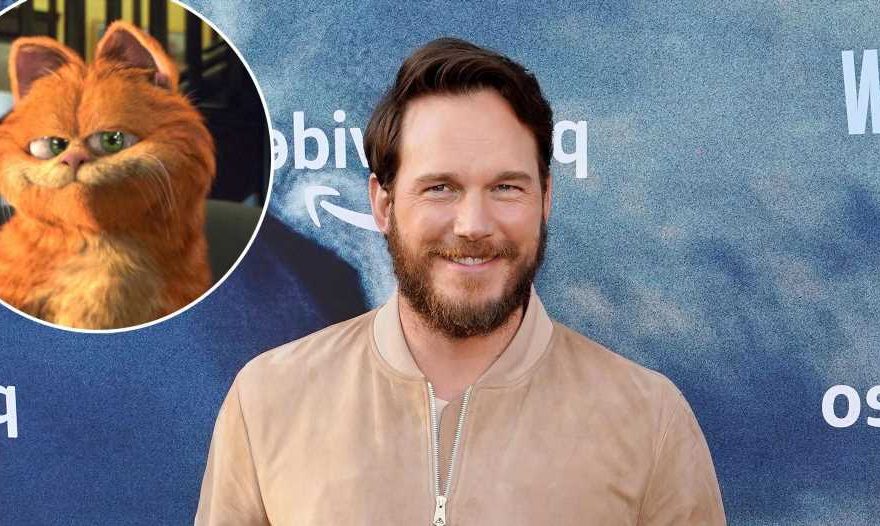 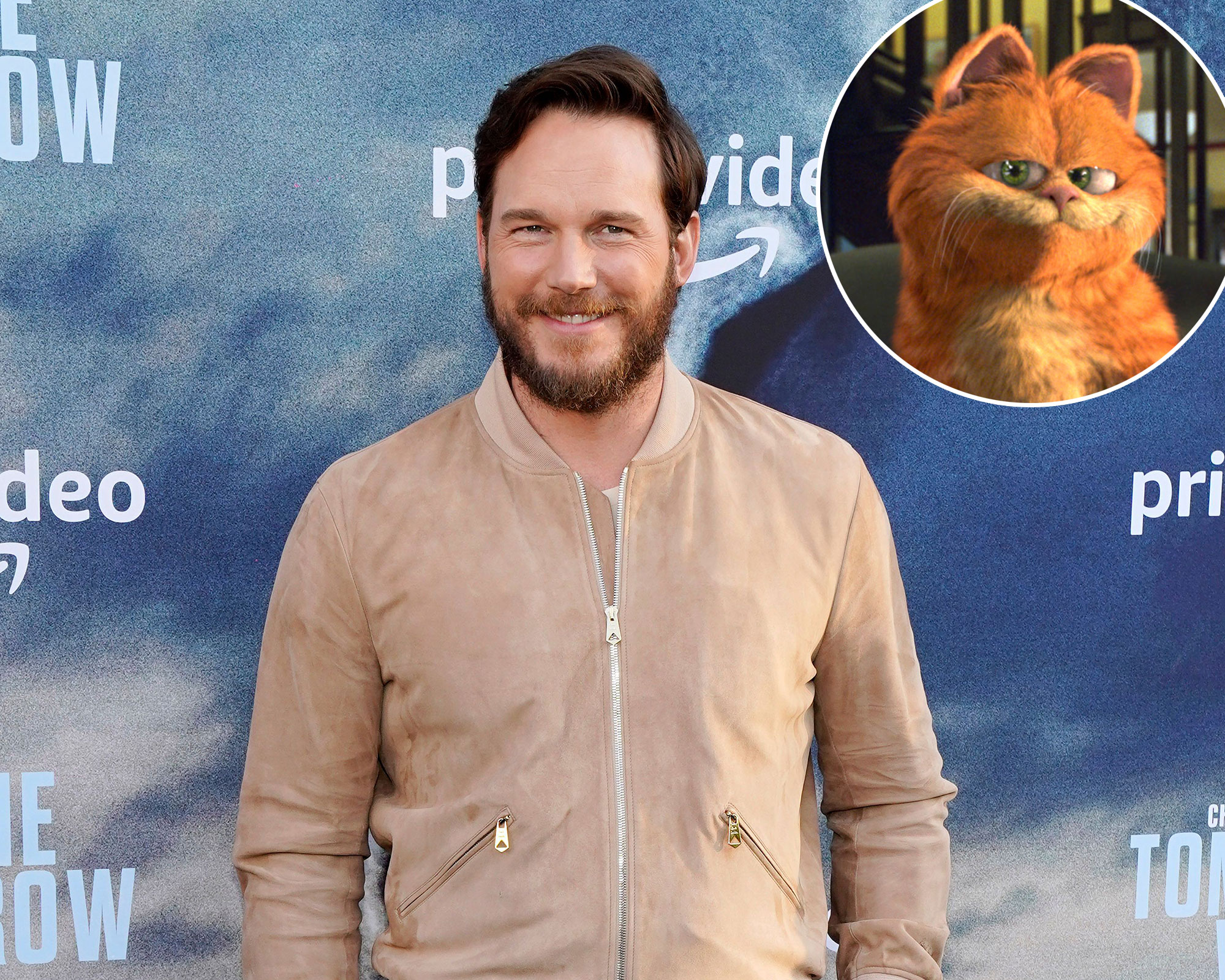 Lasagna for everyone! Chris Pratt will channel his inner lazy cat as the voice of Garfield in Sony Picture’s new animated movie by the same name.

The Guardians of the Galaxy star, 42, was announced as the lead in Andrew Kosove and Broderick Johnson’s upcoming feature film on Monday, November 1. Garfield will be written by David Reynolds and directed by Mark Dindal, according to The Hollywood Reporter.

The animated character, who was created by Jim Davis and first appeared in the comics sections of newspapers in 1978, has been given the movie treatment two other times. Bill Murray voiced the grumpy cat in both 2004’s Garfield, which was a live-action and animated hybrid, and 2006’s Garfield: A Tail of Two Kitties. 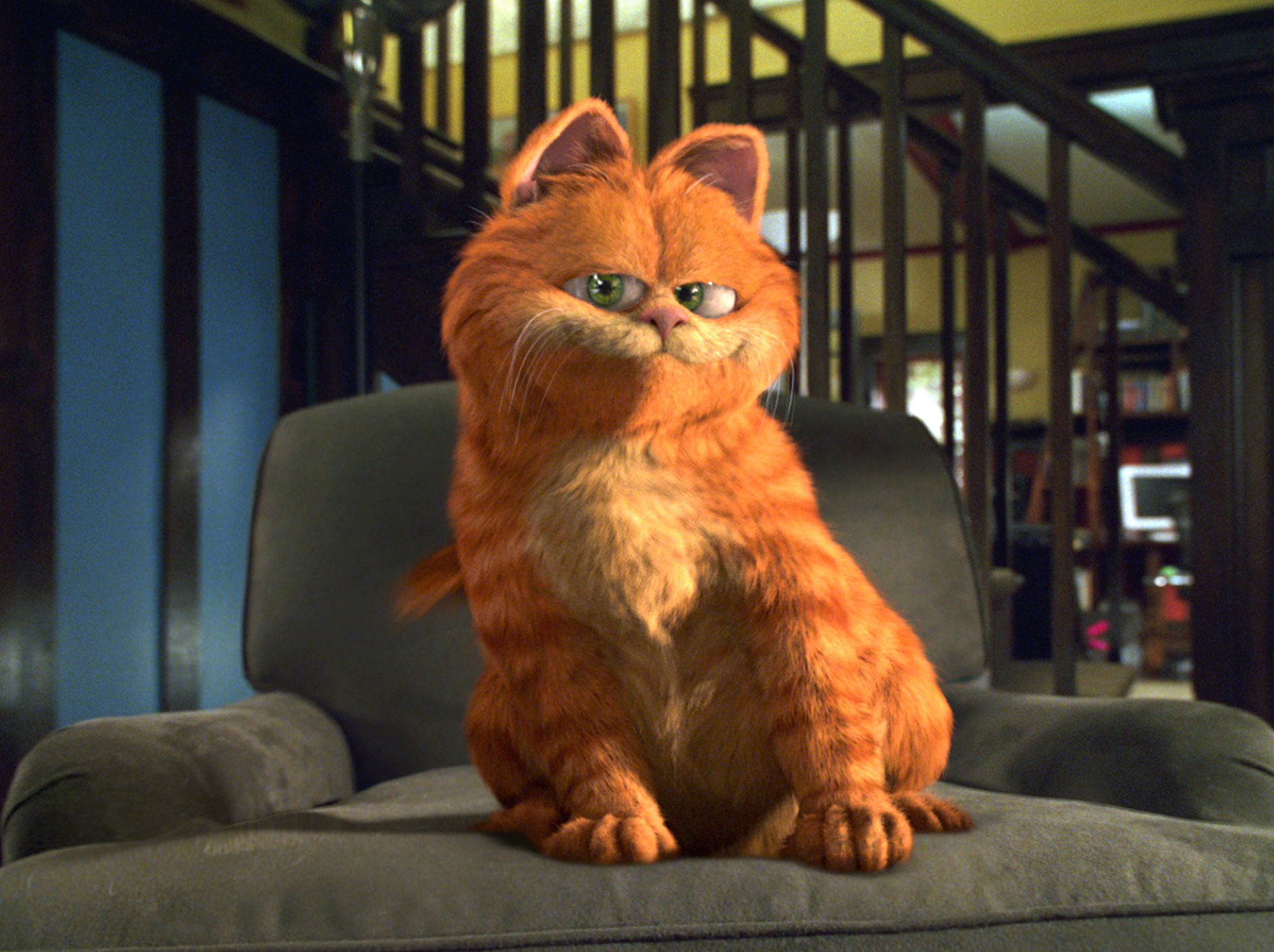 While Pratt is no stranger to voice work, having portrayed Emmet Brickowski in the Lego Movie franchise and Barley Lightfoot in Pixar’s Onward, fans have mixed feelings about his voicing the Monday-hating feline.

“Well this Monday doesn’t suck…” the Parks and Recreation alum wrote via Instagram on Monday, referencing Garfield’s disdain for the day of the week.

Pratt’s post received a variety of reactions from his followers, including actor JD Pardo who was thrilled by the news. “Yasss!!! Congrats!!! 🙌🏽 Can I voice play Odie???!!! Oh, wait…Odie doesn’t talk. 😔,” Pardo, 41, commented.

Another user wrote, “Imagine being able to flex on people by saying ‘I’m Mario AND Garfield,’” referencing the recent news that Pratt will also be voicing the famous Nintendo character Mario in the upcoming animated movie from Illumination Entertainment.

Another Twitter user also wanted to know why Pratt’s voice was even in the mix for the orange tabby cat, writing, “Who listens to Chris Pratt and thinks, at any point in his range, ‘Yeah, he sounds like Garfield?’”

Some fans questioned how the Magnificent Seven actor keeps getting such major roles, with one tweeting, “I hope the #Eternals movie explains how the f–k they let a Garfield movie starring Chris Pratt happen.”

One fan joked, “Instead of being mad that Chris Pratt is voicing Mario and Garfield, try being glad that he isn’t voicing Buzz Lightyear,” while another tweeted, “Is Chris Pratt intent on ruining ALL of our childhood memories or…”

A few fans even went as far as to call out Pratt for taking on iconic Italian characters when he himself is not from the country.

Marvel Stars Who Dated Each Other

“Chris Pratt is erasing every animated Italian. First Mario, now Garfield, who’s next?? has this man ever eaten a lasagna,” one person tweeted on Monday, gaining more than 5 thousand “likes” on social media.

A Parks and Rec fan site simply tweeted a photo of Leslie Knope (Amy Poehler) wearing an “I hate Mondays” shirt with Garfield on it on Monday.

The same account later tweeted a screengrab of one of the Pawnee townspeople complaining about “eating lasagna and muffins,” joking that “she could be the Garfield” instead of Pratt.

While some fans are unsure whether the Jurassic World actor can pull off the new role, many are team Pratt. “Because of this, I now like Mondays!! ❤️🐱👍,” one user commented on the star’s initial post.