This time around, Chip (Mulaney) and Dale (Samberg) are middle-aged chipmunk actors. Chip is an insurance salesman, and Dale spends his time at fan conventions. They’re has-beens living in L.A. and have to get the team back together to find a missing friend. Not only is the film wildly entertaining, but setting the story in L.A. and at fan conventions leaves plenty of room to pack the film with Easter eggs galore and nods to all things Disney.

Screenwriters Doug Mand and Dan Gregor break down a few of the film’s many familiar references.

Ruby slippers from “The Wizard of Oz” and “Star Wars” Characters

As Dale ventures to Fan Con, there’s no better place to spot nods to classic Hollywood than in this sequence. Spot a “Moana” cosplay outfit, the ruby red slippers from “The Wizard of Oz” and in animated form, two mice are dressed as Kylo Ren and Princess Leia from the “Star Wars” franchise.

Mand explains that this is at a moment where Dale is clinging on to fame and wanting to stay relevant. “Fan Con felt like a perfect place to show his reality and the reality of actors of his level and those above and below.” He adds, “Fan Con became this great playground for us to to let our imagination run free and put  different kinds of Easter eggs in.” 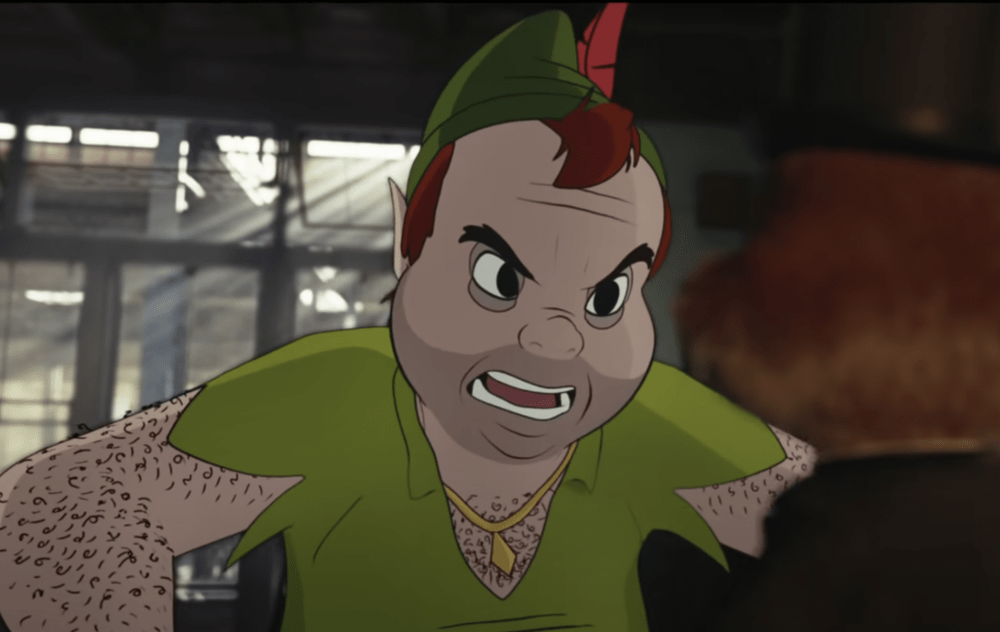 It’s not just the chipmunks who are grown up. Peter Pan finally grows up. Except in this universe, Peter Pan is evil.

Gregor explains the team were trying to think of a character who is loved and who no one ever thought badly of. “How do we twist that and make them into a toxic villain?”

At one point, the idea was to have Santa Claus be evil, but Gregor and Mand didn’t want to destroy Santa for the children. Says Gregor, “Peter Pan is this character who’s supposed to be sort of the ultimate child star. He’s supposed to never grow up. But what happens when Hollywood  doesn’t want him anymore?” Evil Peter Pan is reflective of that Hollywood tale of fame gone awry, and the obsession with fame, wealth and power,  makes someone into a worse version of themselves.

Back in 2020, fans complained about the design of Sonic the Hedgehog. That complaint led to a redesign, but the earlier “ugly Sonic” version is back for the Rescue Rangers. Like Dale, he’s flogging autographs at Fan Con. This Sonic is voiced by Tim Robinson.

As Dale is driving around L.A., he loses his rear bumper and almost crashes into another car. The car he’s avoiding looks similar to a car that could be a character in the Pixar franchise “Cars.”

Ariel’s bestie Flounder is now living on land. But his appearance is short-lived as he winds up being kidnapped. In a twist on Ariel losing his voice, the kidnappers erase his mouth so no one can hear him scream. 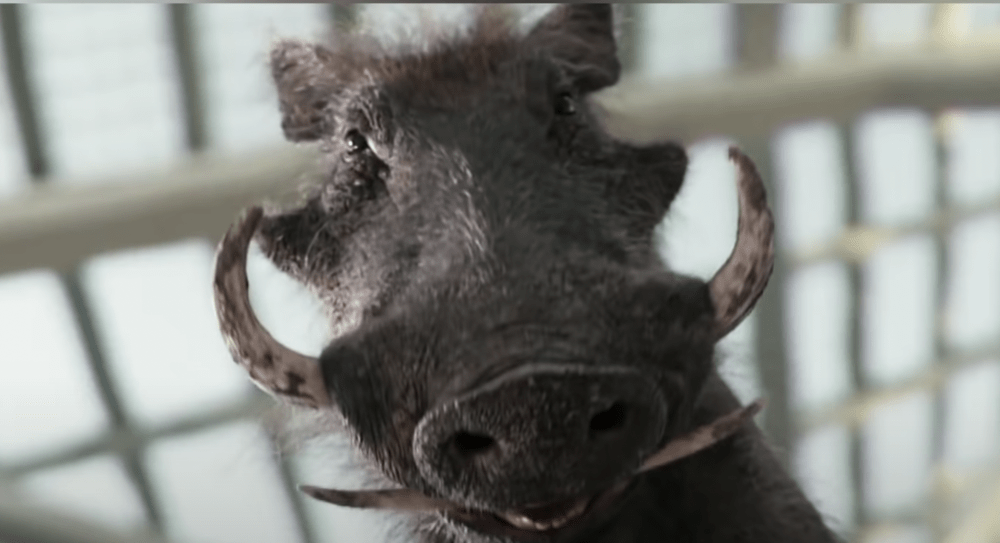 Aside from the countless cameos and nods to franchises, the villain’s Trophy Room is packed with items from Disney characters — from the Mad Hatter’s hat in “Alice in Wonderland” to Mickey Mouse’s glove, it’s all here.

As the chipmunks reflect on the peak of their fame and celebrate another season of their tv show, the duo land on the cover of Variety.