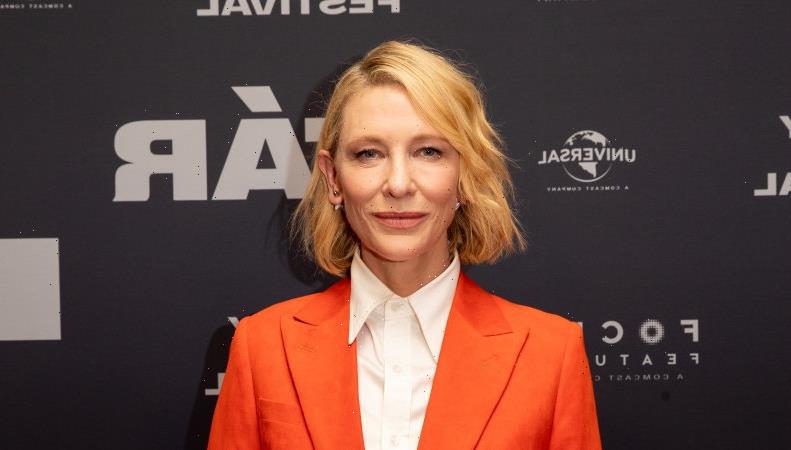 Cate Blanchett collected yet another award as the Golden Globes returned from the entertainment wilderness with a surprisingly political ceremony in Los Angeles. 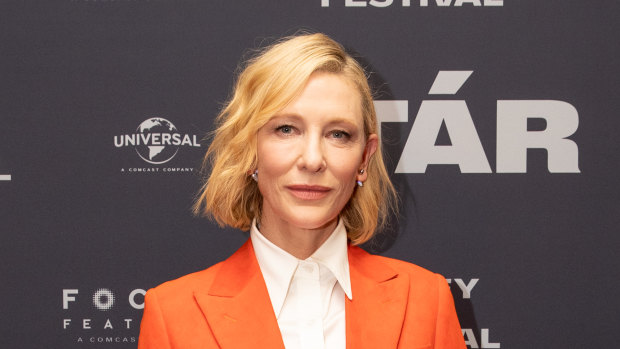 Blanchett, who was among a number of winners who didn’t attend the awards in a sign that all has not been forgiven in Hollywood, won best actress in a drama film for playing an intense composer-conductor in Tar. She is virtually assured of being nominated for best actress at the Academy Awards later this month and could easily win a third Oscar to add to three Golden Globes. 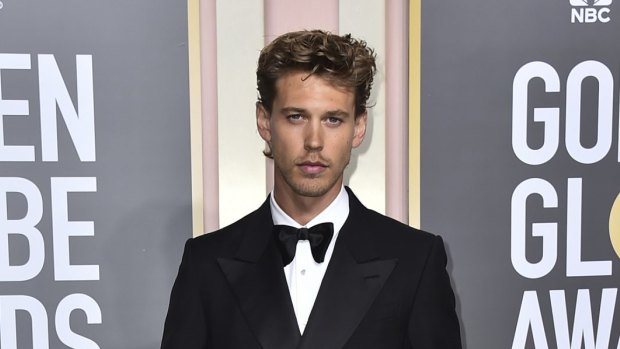 “Oh man, all my words are leaving me,” an emotional Butler said. “I owe this to a bold visionary filmmaker who allowed me the experience to take risks and I always knew I’d be supported. Baz Luhrmann, I love you. Thank you for believing in me in those moments I didn’t even believe in myself.”

Best actress in a comedy/musical film went to one of Blanchett’s likely rivals at the Oscars: Michelle Yeoh, who played a laundromat owner, among other numerous iterations of her in Daniel Kwan and Daniel Scheinert’s wild sci-fi comedy Everything Everywhere All At Once.

“It’s been an amazing journey and an incredible fight to be here today,” Yeoh said, mentioning how she felt isolated in an all-white industry when she first arrived in Hollywood from Malaysia. “I turned 60 last year and I think all of you women understand this … As the days, the years and the numbers get bigger, the opportunities start to get smaller as well.” She called the film “the best gift”. 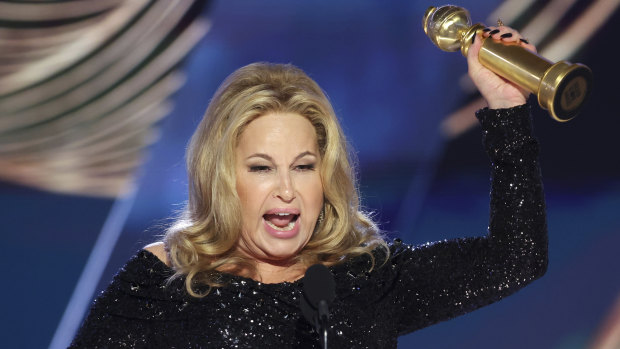 Jennifer Coolidge accepts the Best Actress in a Limited or Anthology Series or Television Film award for The White Lotus.Credit:AP

The White Lotus won best limited series and a popular supporting actress award for Jennifer Coolidge, who added to the Globes’ long tradition of rambling and funny acceptance speeches.

At an awards in desperate need of credibility after a Los Angeles Times investigation revealed ethical lapses, dubious inhouse payments and no black journalists among its 87 members two years ago, the theme was diversity, diversity, diversity.

The first reference was in host Jerrod Carmichael’s low-key opening monologue. “I’m here ’cause I’m black,” he said. “I won’t say [the HFPA] were a racist organisation but they didn’t have a single black member until George Floyd died.”

While he is little known compared to former hosts Ricky Gervais, Tina Fey and Amy Poehler, Carmichael showed he had comic teeth with a gag about swapping the three Golden Globes that Tom Cruise famously returned to the HFPA “for the safe return of Shelly Miscavige”, the apparently missing wife of Scientology leader David Miscavige. 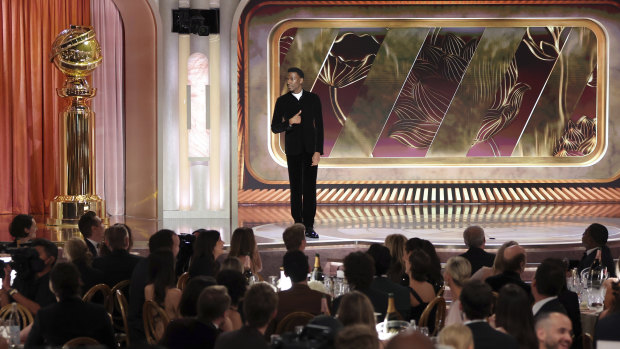 Had a shot at Tom Cruise: Jerrod Carmichael hosts the Golden Globes. Credit:AP

One of the strongest acceptance speeches was by Angela Bassett, who paid tribute to the late Chadwick Boseman when she won best supporting actress for Black Panther: Wakanda Forever.

“Weeping may come in the evening but joy comes in the morning,” she said. “We mourned, we loved, we healed and we were surrounded every day by the light and the spirit of Chadwick Boseman.

“We have joy in knowing that this historical Black Panther series is a part of his legacy … We showed the world what black unity, love and friendship looks like.” 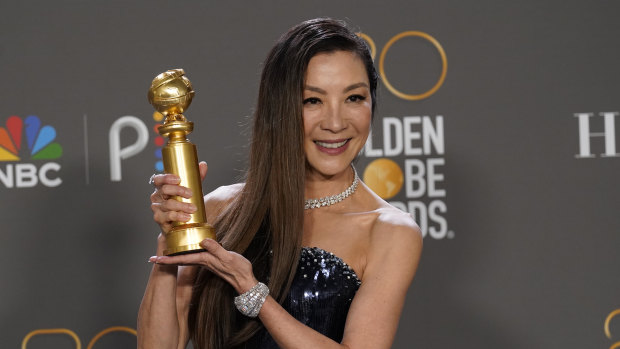 Michelle Yeoh with her award for best performance by an actress in a motion picture, musical or comedy, for Everything Everywhere All at Once.Credit:AP

There was an early moment of Vietnamese-American joy when an emotional Ke Huy Quan won best supporting actor for Everything Everywhere All At Once. He had wondered, he said, whether he would ever get back to the heights of Steven Spielberg casting him as Short Round in Indiana Jones and the Temple of Doom.

”Then more than 30 years later, two guys thought of me,” he said in a reference to the directing duo known as the Daniels. “They remembered that kid, and they gave me the opportunity”.

Presenter Sean Penn praised the women’s protest movements in Iran and Afghanistan then added another political note by introducing a surprise guest – Ukranian president Volodymyr Zelenskyy, who declared on screen that “the tide is turning” in the war in his country “and it is already clear who will win”.

Accepting the Cecil B. DeMille Award, Eddie Murphy brought up the infamous slap at the Oscars last year when he said there were three things in his blueprint for success: “Pay your taxes, mind your business and keep Will Smith’s wife’s name OUT OF YOUR F—ING MOUTH!”

While there are reforms still to take place under billionaire Todd Boehly, who has taken over the awards, it was a reasonably promising return for the Golden Globes. Until they ran well over time, they were at least entertaining and, at their best, had a spiky energy.