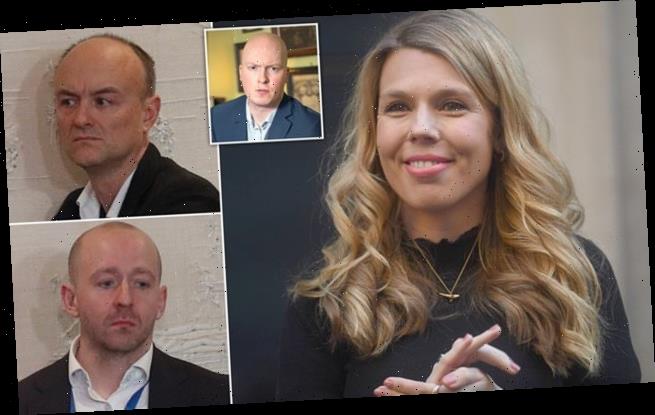 Sexist old dinosaurs who are afraid of intelligent women: A passionate riposte by KATIE HIND who knows and admires Carrie Symonds

We’ve all heard the dumb blonde jokes, and the sexism that goes with them. Sprinkle a spot of intellect, ambition and charm into the mix and it ramps up things for those of the male race who are feeling particularly embittered with their lot. Just ask Carrie Symonds – she knows quite a lot about this.

Because, for the past three months, I believe that she has been on the receiving end of misogyny which has been engineered by two men who are far more famous than they should be – Dominic Cummings and Lee Cain.

Until last November, they were the puppet masters of the Tory Party. They sadly epitomise the old-school values of traditionally white, male Conservatives.

Carrie’s crime, is quite clear – she got in the way of the Brexit Boys who thought they could have it all their way. Three months after they were given their marching orders by Boris Johnson, she is still paying for it. 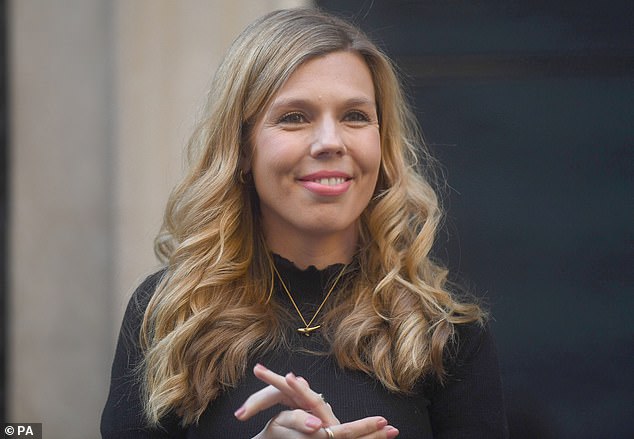 Katie Hind: For the past three months, I believe that she has been on the receiving end of misogyny which has been engineered by two men who are far more famous than they should be – Dominic Cummings and Lee Cain

Livid that she had dared to air an opinion about their performance, a raft of vicious stories ensued, blaming her for their exit and stirring up rumour that she was abusing the power that comes with being the PM’s partner – all because they’re annoyed that they don’t rule the roost any longer. 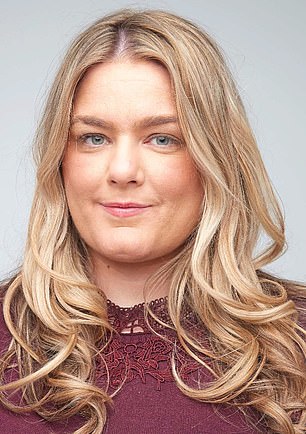 I’m told Carrie has no regrets, which must be irritating for the ousted duo. ‘Along with others, Carrie thought there was a need for a more diverse group of voices around Boris,’ says one well-placed associate.

The fact she is one of them must hurt. A lot.

Many will also recall the emergence of a particularly horrid nickname allegedly used by allies of Mr Cummings: ‘Princess Nut Nut’. The sooner that sort of thing goes away, the better.

And now Carrie is being attacked by another resentful bunch, the Bow Group think-tank, which is equally as irked with her very existence in Downing Street.

Headed up by the questionable Ben Harris-Quinney, it has called for an independent investigation into the influence she has within No 10’s corridors of power.

That’s right, like Cummings and Cain, Harris-Quinney seemingly can’t bear the idea that he doesn’t have any power either, so he’s gone after the pretty blonde with a penchant for a colourful, nice frock.

While both of these boys’ clubs – which surely would feel much more at home at a US college frat gathering – think they are being all rather clever, the truth is what they are doing is all really quite transparent.

These are misogynistic Tory men who are afraid of clever women, fearful of those who are successful in whichever field they happen to be in. 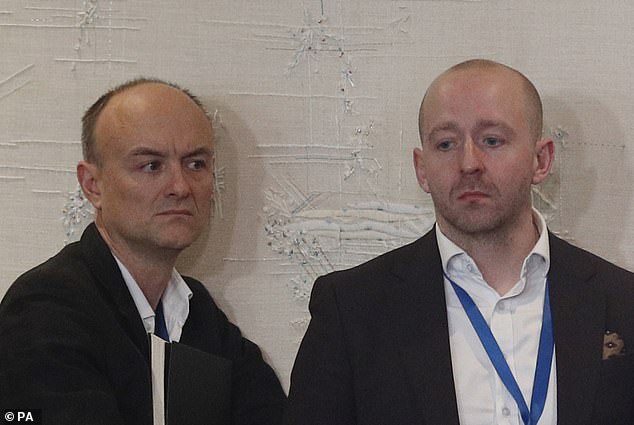 Carrie is painted as the meddler. The truth be told, they would all far rather Carrie didn’t have a brain, that she was more the old-fashioned kind of eye candy. Pictured, Dominic Cummings, left, and Lee Cain

Carrie, for her sins, is an expert in politics and holds the coveted role of being the Prime Minister’s confidante – a position these men would give their right arm, and maybe the left too, to have.

She is also extremely well connected in Westminster circles, and very driven, as her victory to keep taxi driver rapist John Worboys in prison following a call for parole in 2018 proves.

She is also a lover of animals and the environment, and last year successfully campaigned for supermarkets to stop selling Thai coconut products procured with monkey slave labour.

Instead, Carrie is painted as the meddler. The truth be told, they would all far rather Carrie didn’t have a brain, that she was more the old-fashioned kind of eye candy – the type who is seen and not heard.

This all smacks of a syndrome that is as old as the hills – blaming the woman for men’s failings and inadequacies.

In fact, it dates right back to the Roman Empire. As recently pointed out by historian Mary Beard who cited Augustus’ wife Livia, who was the scapegoat for all of the controversial or unpopular decisions that were made. She was also blamed for any suspicious disappearances. More recently, it has been seen with the likes of Nancy Reagan and Cherie Blair, though notably not with Denis Thatcher nor Philip May. 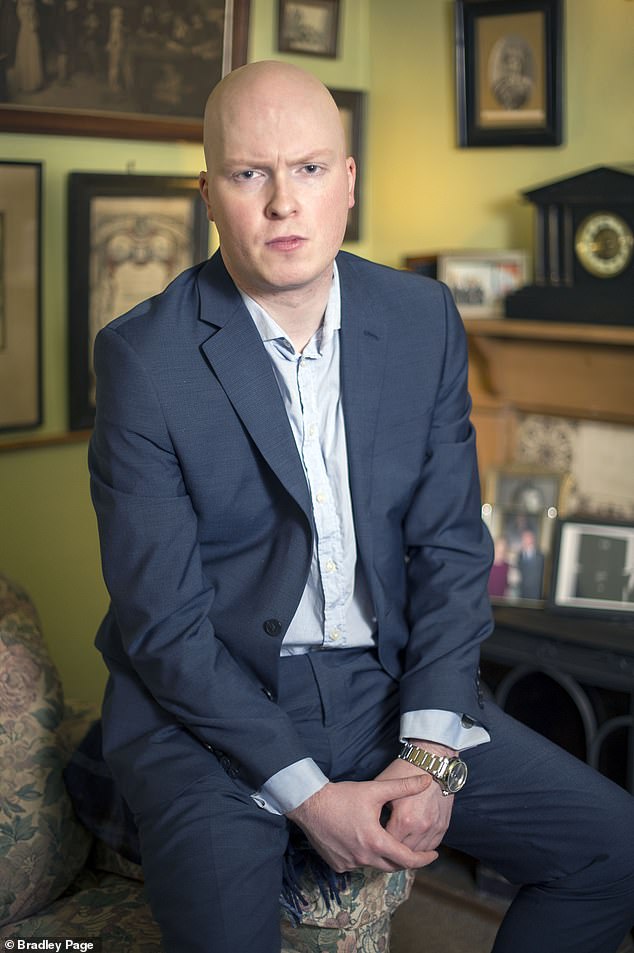 Headed up by Ben Harris-Quinney (pictured), the Bow Group think-tank has called for an independent investigation into the influence she has within No 10’s corridors of power

While as women we do strive to be treated equally, we must consider Carrie’s position.

Just a little over two years ago, most of the British population had no idea of her existence. She worked merely as a communications executive, albeit around the Tory Party.

After her relationship with Boris was revealed, she received the most horrid sexism, so much so that a cross-party of female MPs and journalists wrote an open letter to fight against it over fears it would discourage talented women from entering politics and the media. While the inclination for change was there, it did little good. Let’s remember, though, that Carrie is a woman who has been thrust into the limelight.

She is practically an A-lister who has had to deal with being one of the most famous people in the country.

Yet the reality is she is a new mother with a young baby adjusting to a return to work to pursue her own career in animal welfare at the Aspinall Foundation.

So to blame Carrie is nothing more than a smokescreen to divert attention from the real villains. Cummings, Cain and their ilk. She’s just a scapegoat.

And her male enemies know only too well that she doesn’t have a voice to respond. Nor does her beloved dog Dilyn.

One person who knows her well tells me: ‘Carrie and the dog are being briefed against as they are the ones who can’t answer back.

‘It would be undignified for her to say anything as the Prime Minister’s partner – and the dog, of course, well, he quite literally can’t speak.’

So here’s a novel idea… let’s stop looking at the woman and focus on the men.