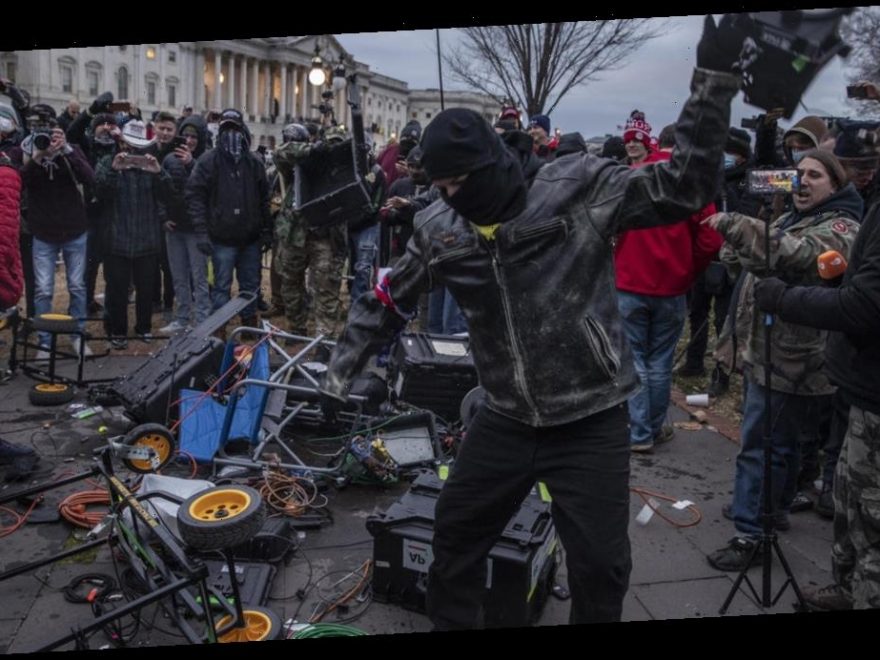 The identification of individuals using military, small unit tactics is among the “highest priorities” for a Sedition Task Force being run by the D.C. U.S. Attorney’s office. The apparent use of “small unit tactics,” trained to military and law enforcement, drew immediate scrutiny from investigators. These tactics were witnessed both outside and inside the Capitol Building, CBS News has learned.

Acting U.S. Attorney for the District of Columbia Michael Sherwin said Tuesday his office is looking into possible seditious conspiracy charges in its investigation or the riot.

On Thursday, prosecutors said a retired Air Force who was arrested in Texas after being featured in a viral photo carried plastic zip-tie handcuffs because he intended “to take hostages.”

Federal authorities have charged more than 40 people in connection with the Capitol riot. Among them were two off-duty Rocky Mount, Virginia police officers have been charged in connection with the Capitol riot. Jacob Fracker and Thomas Robertson are each facing one count of knowingly entering or remaining in any restricted building or grounds without lawful authority and one count of violent entry and disorderly conduct on Capitol grounds.

Prosecutors wrote in a complaint that Robertson wrote in a social media post, “CNN and the Left are just mad because we actually attacked the government who is the problem and not some random small business … The right IN ONE DAY took the f***** U.S. Capitol. Keep poking us.”

Fracker posted a since-deleted comment on Facebook that read, “Lol to anyone who’s possibly concerned about the picture of me going around… Sorry I hate freedom? …Not like I did anything illegal…y’all do what you feel you need to,” according to the complaint.