The one lesson I’ve learned from life: Camilla Rutherford says life is long. There’ll be other chances

Camilla Rutherford, 46, shot to fame in Robert Altman’s Gosford Park in 2001, and has since starred in The Edge Of Love, Vanity Fair, and BBC’s Rome. She lives in London with her four children, aged 18, 15, 11 and five.

As a girl I devoured fashion magazines, though I had to be discreet as my family loved books. My father was a financial journalist, my mother a magistrate. I never saw myself as bright, but I looked at the girls on the fashion pages and thought: ‘I could probably do that.’

So aged 15, I wrote to Just Seventeen and the magazine gave me a makeover. Later they sent me to see Sarah Doukas at the modelling agency Storm. She said: ‘You have a good face.’ Though I’m only 5ft 6in, I appeared on the covers of Spanish Vogue and Spanish Harper’s Bazaar and was the face of Max Factor. 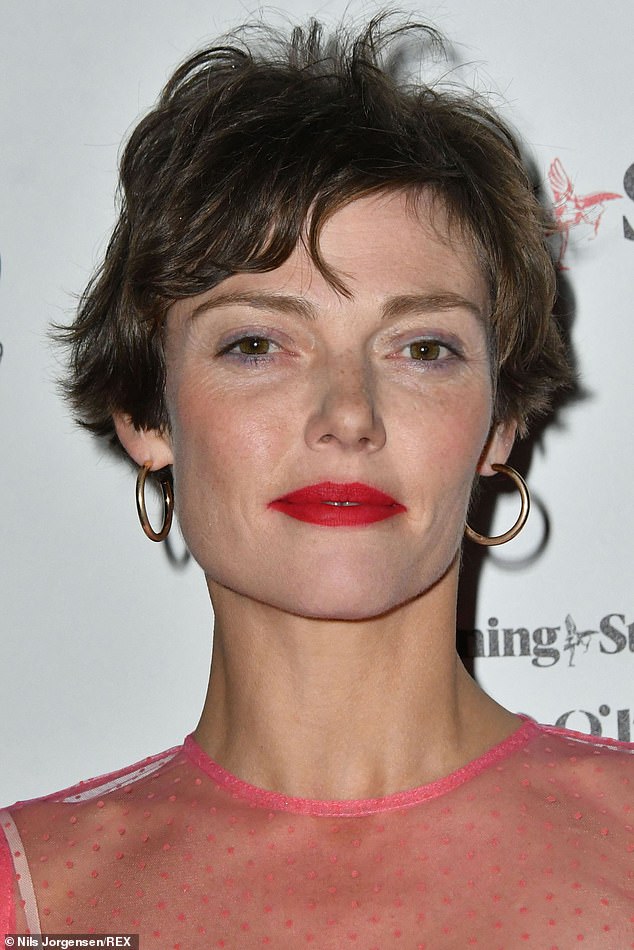 Camilla Rutherford, 46, (pictured) who lives in London, explained why she believes that life is long and there’ll be other chances

I loved living in New York and Paris, but I also longed to act, so I asked my agency to put me forward for small film roles. While I was abroad, my father developed complications after a stomach operation. He went into a coma and never recovered. Being away from him then is my biggest regret. Perhaps it spurred me on to have children, to make the next generation.

I met my ex-husband at a party. I really wanted to be married and make a home. I knew without that I wouldn’t have the base from which I could do everything else. We separated just before our second child was born, and it was hard being a single mum. Having children takes a chunk out of your career.

But luckily my partner Dominic Burns, a tree surgeon, embraced the family I already had, and we had a daughter and a son. We don’t live together, but we spend weekends at my flat or his. We’re happier that way. People often don’t believe I’m old enough to be a mum of four, which makes me even more proud. My eldest son has just been taken on by my current modelling agency Select.

I’m just glad to still be working myself — especially coming from modelling where everything is about looks. As an actor, I can tell stories about women who continue to be attractive or go-getting later in life, which is important. I loved playing the owner of a Margate hotel in my new film, Hurt By Paradise, which looks at intense female friendship.

I’d tell my younger self: ‘Keep going; failures are a learning experience. Life is long and there will be other chances.’

Hurt By Paradise is out now (hurtbyparadise.co.uk)