They can really sting.

Speaking at a rally in Pittsburgh, the POTUS told the crowd that law enforcement were getting pelted with the canned seafood — that brand specifically. 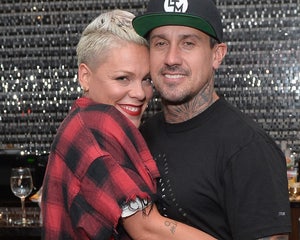 “They go out and buy tuna fish and soup,” he announced. “You know that, right?”

Pausing for a quick plug for Goya products, he went on to explain the nefarious thinking behind the ammunition.

“Because they throw it, they throw it, it’s the perfect weight — tuna fish,” he explained. “They can really rip it, right? And that hits you. No, it’s true. Bumble Bee brand tuna.”

“And you can throw that, because you put a curve on it, you can do whatever you want.”

The police meanwhile, who apparently can only swat the supposed flying cans out of the air, are “not allowed to fight back,” according to Trump. 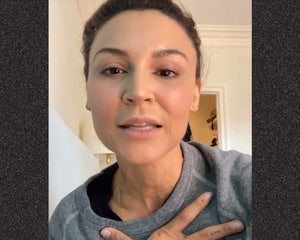 “But they’re professionals, they’re anarchists, and they’re paid for by outside stupid rich people,” he said of the alleged can throwers.

Although there have been no media reports of tinned food injuries yet, the President insisted troublemakers were packing enough ammo to do some serious damage.

“They’re walking up there like 30 cans of soup, they have like 25 cans of tuna; they get caught, ‘I’m bringing this home to my family! How dare you stop me?'” he said.

“No no no… they use it as ammunition. It’s really… it’s terrible.”

In its response, Bumble Bee asked customers to use its product only as it was originally intended: 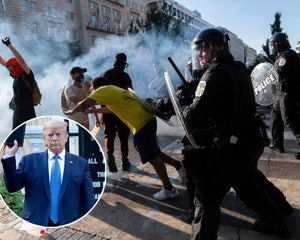