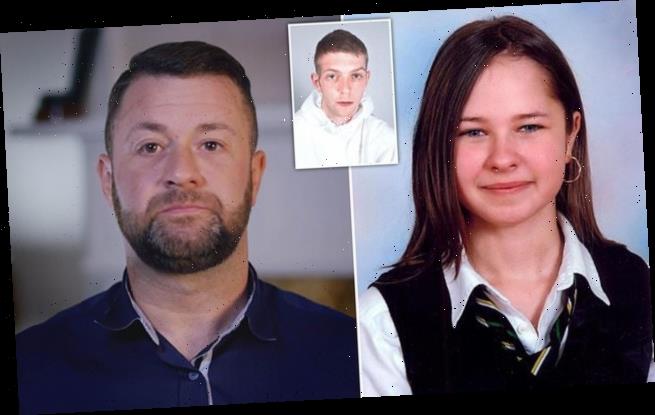 A tearful man has recalled how he desperately tried to save his sister’s life as she lay dying from stab wounds after being attacked by her ex-boyfriend.

Kenneth Stewart Jr, from Drongan, Ayrshire is one of the family members talking about the murder of his sister Michelle by John Wilson in the 5Star programme Countdown to Murder, airing at 9pm tonight.

Initially, the family did not approve of Wilson who was 17 when he met Michelle, 13, but relented because the youngest of four, who was the ‘baby of the family,’ was upset that she wasn’t allowed to see him.

To the relief of her family, Michelle broke off the relationship after four years, when she found out Wilson had been going on sex phone lines behind her back, but he spent months intimidating and stalking her before stabbing her to death in front of her friends in the streets of Ayshire.

Wilson pleaded guilty and was sentenced to 12 years minimum in prison in 2009. He was due for parole in November 2020, but the hearing was postponed to March 2021.

The heartbroken family are now calling for a change in law and have created a petition calling for a number of measures, including ‘exclusion zones’ where released offenders cannot go. 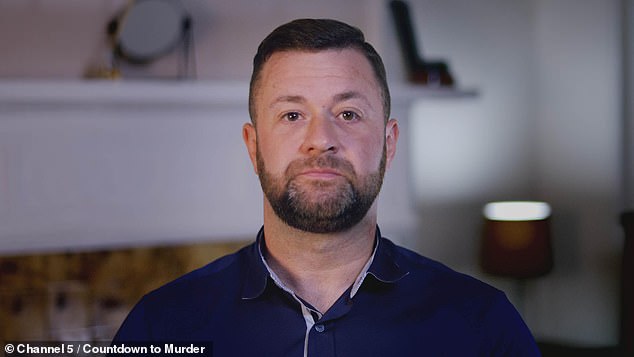 Kenneth Stewart Jr, pictured, recounted how he gave his younger sister Michelle, 17, CPR after she was brutally stabbed ten times by her stalker ex-girlfriend John Wilson in 2008

Michelle was walking to the shops with her friends when her ex-boyfriend, who had a violent streak, confronted her before stabbing her repeatedly in the back.

The couple dated for four years, but Michelle had ended the relationship a few months prior after finding out Wilson had racked up £700 in phone bills sending nude pictures to sex phone lines.

20-year-old Wilson felt humiliated to be broken up with by a 17-year-old and harassed Michelle for months, stalking her around town and sending her intimidating messages.

Brother Kenneth Jr recalled how his mother called him in tears, screaming that something had happened to Michelle. 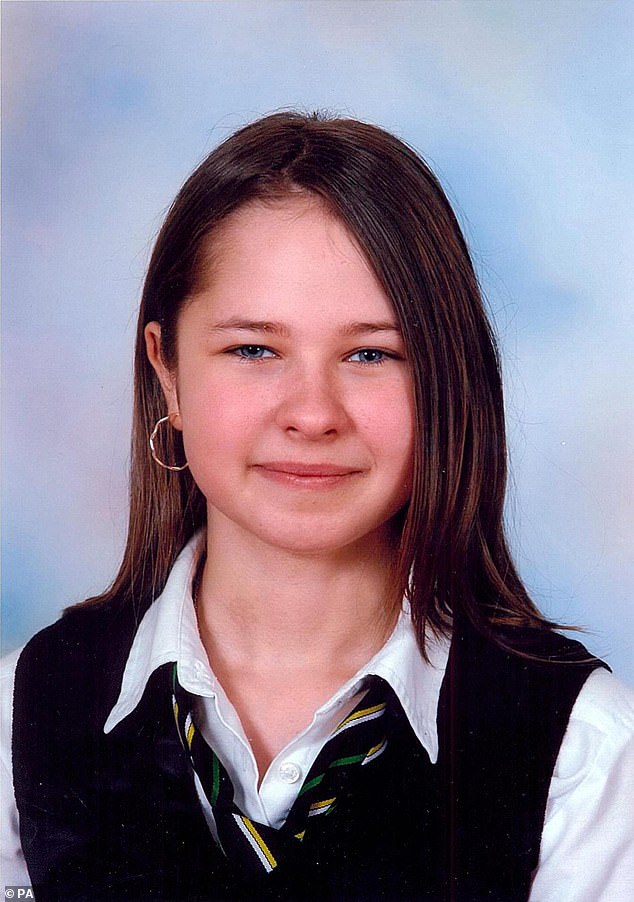 Michelle, pictured, was declared dead in hospital after Wilson stabbed her repeatedly. She had broken up with Wilson months prior

He recalled running out of his house, not knowing what to except.

‘I came out of the house and I remember running towards the shops. As I ran, I knew it was something bad,’ he said.

‘As I got near to the shops I saw a car. I actually thought the car had hit Michelle. I thought she had been run over.

‘I could see Michelle lying on the ground, and one of the girls said that she had been stabbed.

‘I pushed the fellow who was doing the CPR away and started doing CPR until the paramedics arrived,’ he added.

Lisa, Kenneth Jr and Michelle’s sister, was also present at the scene, with Michelle’s mother. 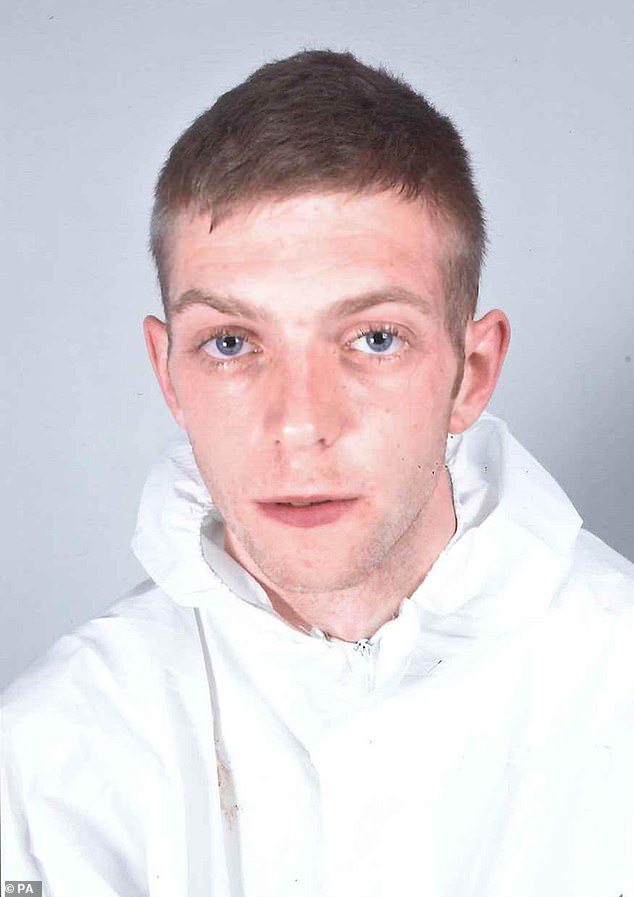 Wilson, pictured, pleaded guilty and was sentenced to a minimum of 12 years in jail. He was due for parole last year but the hearing was postpone to March due to the coronavirus pandemic

‘It felt at that point like it was forever. It was 10-15 minutes at most,’ Kenneth said.

When the paramedics arrived, Kenneth Jr, who had been fighting to keep his sister alive, couldn’t bear to give up.

‘At that point the paramedics arrived.  I remember my mum asking me to stop. I can remember saying to them “I cant stop”,’ he added.

‘I knew looking at Michelle that Michelle had probably passed at that point,’ he said, his voice breaking.

Lisa said: ‘I could hear my mum screaming, “Not my baby, please not my baby”.’

Fighting back tears, Kenneth Jr said: ‘That screaming’s a sound that haunts you. I’ll never be able to forget. I remember saying to my mum “I’m sorry”,’ he said.

Wilson, who had stabbed Michelle in a fit of rage, ran away from the scene with the weapon and went home. 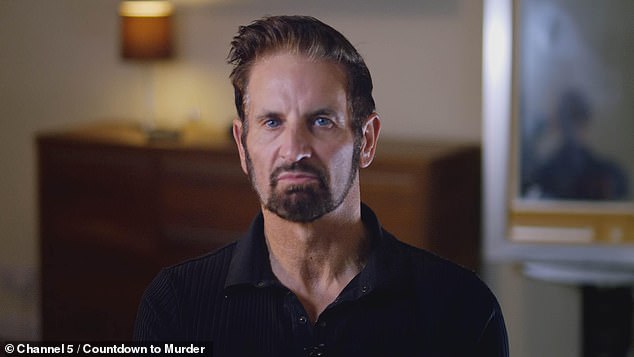 He was easily identified as Michelle’s attacker and was arrested.

Kenneth Stewart, Michelle’s father, said he would have ‘ripped [John’s] head off’ if he had found it before police arrested him.

Wilson, who dated Michelle from the age of 17 to 20, had a history of violence had gotten in trouble with the police as a teen after racially aggravating a person and throwing a live firework at a school bus full of children.

Following the attack and Michelle’s death, Wilson pleaded guilty to her murder and was sentenced to a minimum jail time of 12 through a plea bargain, which meals he got a lesser sentence.

The family have said they were shocked and would have wanted him to be punished by a stronger sentence with longer jail time.

Wilson also never apologised or showed remorse for murdering Michelle during any of his trial proceedings.

Wilson was up for parole in 2020 but the hearing was postponed to March of this year due to the coronavirus pandemic.

If he is released, he could return to Drongan, where he could come face to face with the members of Michelle’s family.

‘I know my family wouldn’t like to bump into him in the street,’ Steven, one of Michelle’s brothers said.

Kenneth Jr also said in the show that Wilson had been granted the right to visit his family and had been spotted walking around town without supervision.

The family are now campaigning for a change in the law to further protect victims rights and the rights of the victim’s families.

‘Michelle is the victim, but we her family are victims as well,’ Kenneth Jr said.

The family would like it to become law that offenders couldn’t visit certain zones after being released from prison.

Countdown to Murder airs tonight at 9pm on 5Star.