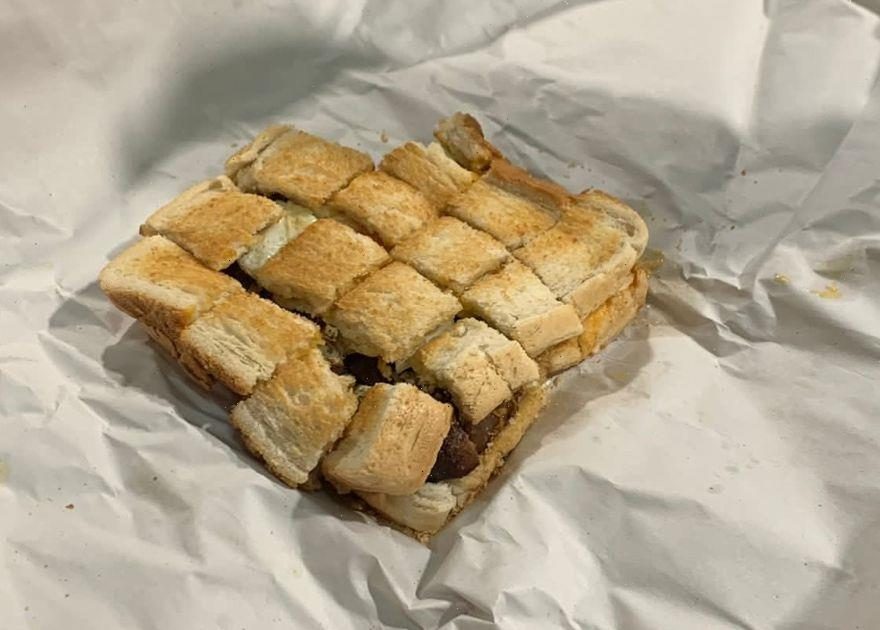 A bloke’s breakfast went viral this week after being shared on Twitter, but it left people divided.

The sausage bap could have been a standard hearty breakfast if it hadn’t been cut up into tiny chunks in revenge.

A social media poster claimed that the sandwich was given to his pal after he paid using 10p pieces.

He tweeted: "Had a message off one of the lads this morning says 'Some lad who works in Jag paid for his scran with all 10p’s this morning. This is how his butty was when he opened it'."

Now we all know it can be annoying to be paid in change instead of by card or with a note, but needs must!

We can practically hear the commenters yelling “It’s legal tender!”

And, in the replies people were split in opinion over the prank, reports the Mirror.

One person said: "Hate to be that person but isn’t it sad if someone needs to pay for their dinner in 10p’s? Feel bad for him."

While another noted: “I came here to say this, it’s quite telling of our society that we’ll make fun of a working person that has to pay for their lunch with a collection of small coins, yet would never think of helping that poor guy out."

"I'm guessing it's just the only change he had at the time,” wrote another. “I’ve been there loads of times where I've not paid attention to what's in my wallet and realised I've just got copper in there."

A fourth laughed and suggested a solution, he said: “I'd have asked the melts to put sauce on it and watch them take every little piece off to put the sauce on."

But, others found the cafe’s revenge hilarious with one writing: “This is the level of petty I aspire to.”

Another agreed and said: “I can get behind this kind of pettiness."

A third added: "Omg this is genius. Takes the chewing out of lunch!"

What do you think – too harsh or too funny? Tell us in the comments…

For more lifestyle stories, sign up to our free Hot Topics newsletter here.