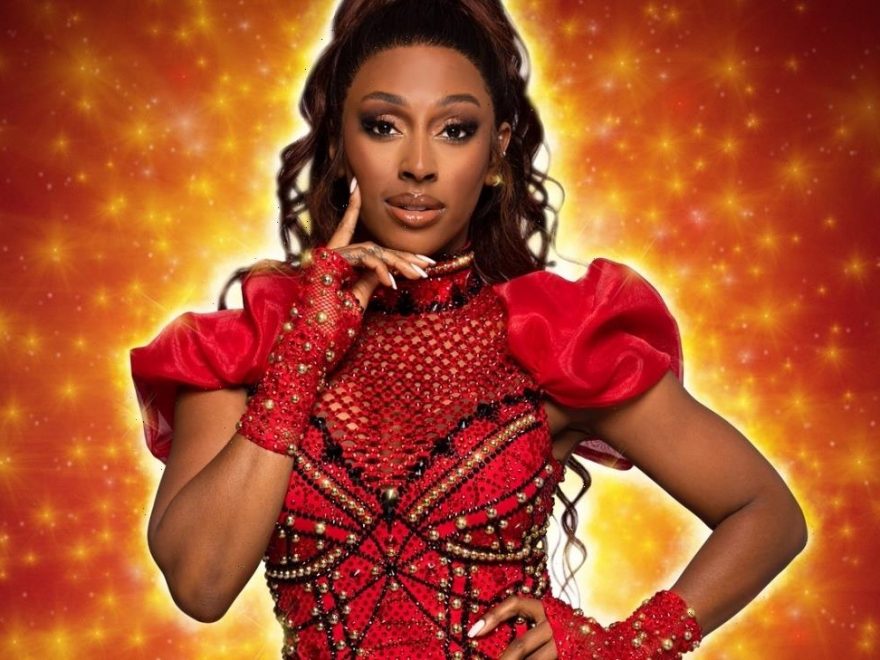 Alexandra Burke ,singer,song-writer and British X-Factor winner ,has signed on to play the villainess in this year’s London Palladium pantomime Jack and the Beanstalk.

Oh yes she is!

The Brits love their pantos at Christmas. Michael Harrison,who heads Crossroads Pantomimes, has turned the Palladium panto into a must-see event with spectacular sets and costumes, plenty of song and dance coupled with   over the top jokes.

Last season Burke played Scheherazade- the Spirit of the Ring in Aladdin at the Opera House,Manchester.

”This year I’ve got Dawn as Jack’s mum  and Alexandra as Mrs.Blunderbore , the giant’s wife. She’s the villainess and she’ll be terrorizing  Dawn,” Harrison told Deadline.

Harrison revealed that Burke sees Mrs.Blunderbore as having “a Cruella flavour about her.”

He added :”She’s up for being the baddie but she’s in it for the laughs and to sing some sings.”

Harrison will write the Palladium panto in collaboration with Clary and French. “I’ll shuttle between the two of them until we get what we’re looking for. It’s about the jokes,really.We never rely too heavily on plot.”

One gag has already been set up.

”As Julian says,I hope he keeps his Crown Jewels to himself,” added Harrison.

One day ,Harrison said he’d like to take a version of the Palladium panto to Broadway. “To get a theatre just for Christmas though would be hard.We’ll see.”

Justin Lin Exiting As Director Of ‘Fast X’ Days Into Production, Will Remain As Producer