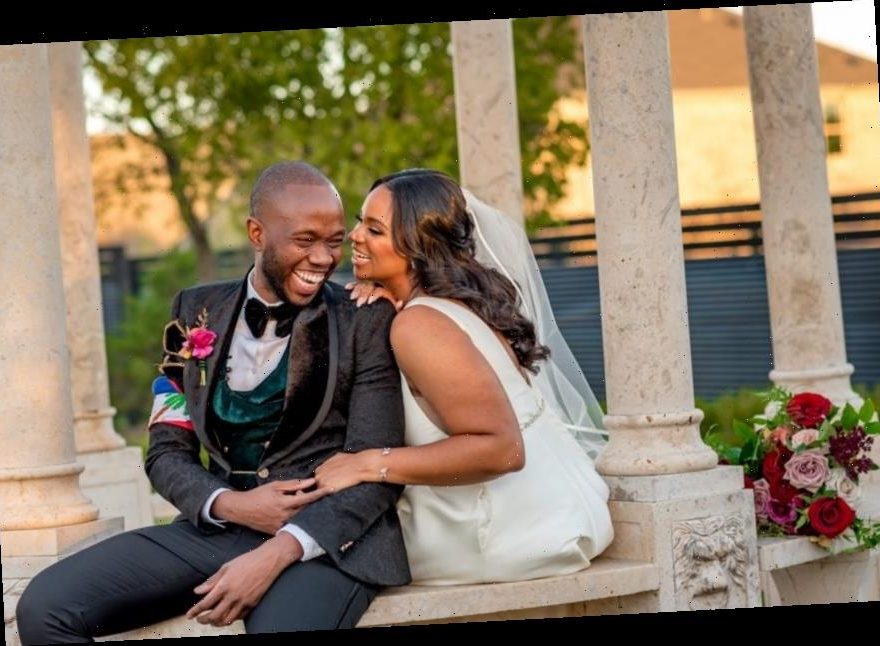 Sometimes, divine timing is all that’s need to spark a love connection. Such was the case with Karl and Sydnie, who first met at Atlanta Greek picnic in 2013. “I was already in a serious relationship and just starting graduate school, so the possibility of friendship was all I was interested in,” Sydnie told ESSENCE. The two stayed connected via social media, and when Sydnie became single, Karl swept in for the opportunity to become more than friends. “After a summer of missed calls, text, and random messages on LinkedIn, Karl made his first of many trips to Dallas in October.” After a year of dating long-distance, Karl requested a work transfer to be with Sydnie.

After building their first home together in 2018, Karl asked Sydnie to be his forever. “It was here in our home that Karl proposed to me surrounded by a few of the people I love most in this world,” says the bride. “When I walked in I immediately saw the candle lit pathway that led to a large candle lit heart with Karl standing in the middle. Rose petals surrounded each candle and he stood with the biggest smile on his face. His words are some that my friends and family still talk about today.”

Karl and Sydnie fell in love with Knotting Hill, a charming ceremony space with floor to ceiling windows and a sprawling reception space.

Scroll through the gallery to see the magical wedding photos from Karl and Sydnie’s big day.