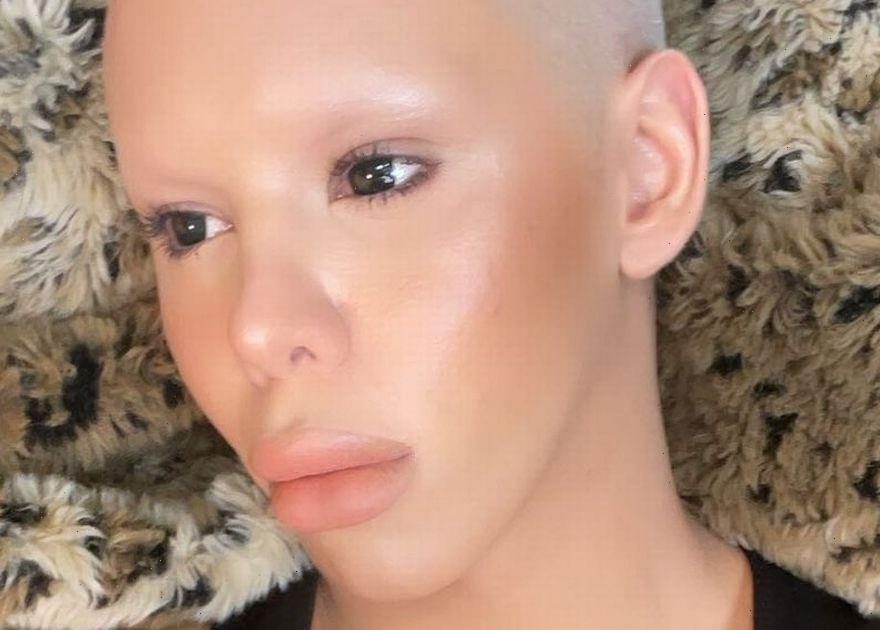 Want stories that are quite literally out of this world? Get Spaced Out direct your inbox

A body modification fan is on a mission to turn themselves into an "alien".

Vinny Ohh, who identifies as female, has dramatically altered her appearance over the years.

The 26-year-old, from Los Angeles, US, has reportedly spent thousands on more than 100 procedures.

She started experimenting at just 17-years-old, when she first got lip fillers done.

Then after finding a love for cosmetic ops, Vinny got two rhinoplasties and face filler to transform her nose, cheeks and brow bones.

But what did the social media star look like before she embraced the "extra-terrestrial" look? You can read all about her transformation below.

In a post shared with her 55,900 followers, the Instagrammer shared two pictures taken eight years apart.

The first image shows Vinny as a fresh-faced teen.

While she sported a quirky style with blue and pink colours in her hair back then, the makeup artist used to look much different.

In a selfie taken more recently, Vinny has a plump pout and extra-smooth skin.

Her colourful quiff has also been shaved down into a sleek combover, which she sometimes covers with feminine wigs.

Fans took to the comment section to gush over Vinny's dramatic transformation.

One swooned: "Gorgeous then, gorgeous now!"

A third wrote: "Beautiful as ever!"

And a fourth added: "Stunning then and stunning now." Others aren't as keen on Vinny's alien-like new look though.

One keyboard warrior commented: "This is beyond sad. You and all of these idiots 'praising' you need a group therapy session.

"God people are such idiots."

And another asked: "WTF?"

Vinny has found the public are split on her look, with some adoring the unusual appearance and others hurling abuse or trying to physically hurt her.

Previously, she said: "Some people absolutely love me see me as a celebration and give a lot of compliments.

"I don't look real and people love it. Some people have said they want their kids to be like me and that I'm an inspiration for children who don't feel like they belong.

"Other times I've had shopping carts chucked at me or I've been considered a sexual object by men and woman, I'm used to not fitting in."

Vinny refuses to let this negativity hold her back though.

She added: "Even when I was 16, I was wearing full body suits and eight inch platforms going outside in the day, so it feels very normal to me."

For more lifestyle stories, sign up to our free Hot Topics newsletter here.