Not rushing it. Bachelor in Paradise alums Abigail Heringer and Noah Erb have just moved in together — and are already being asked about taking the next step. 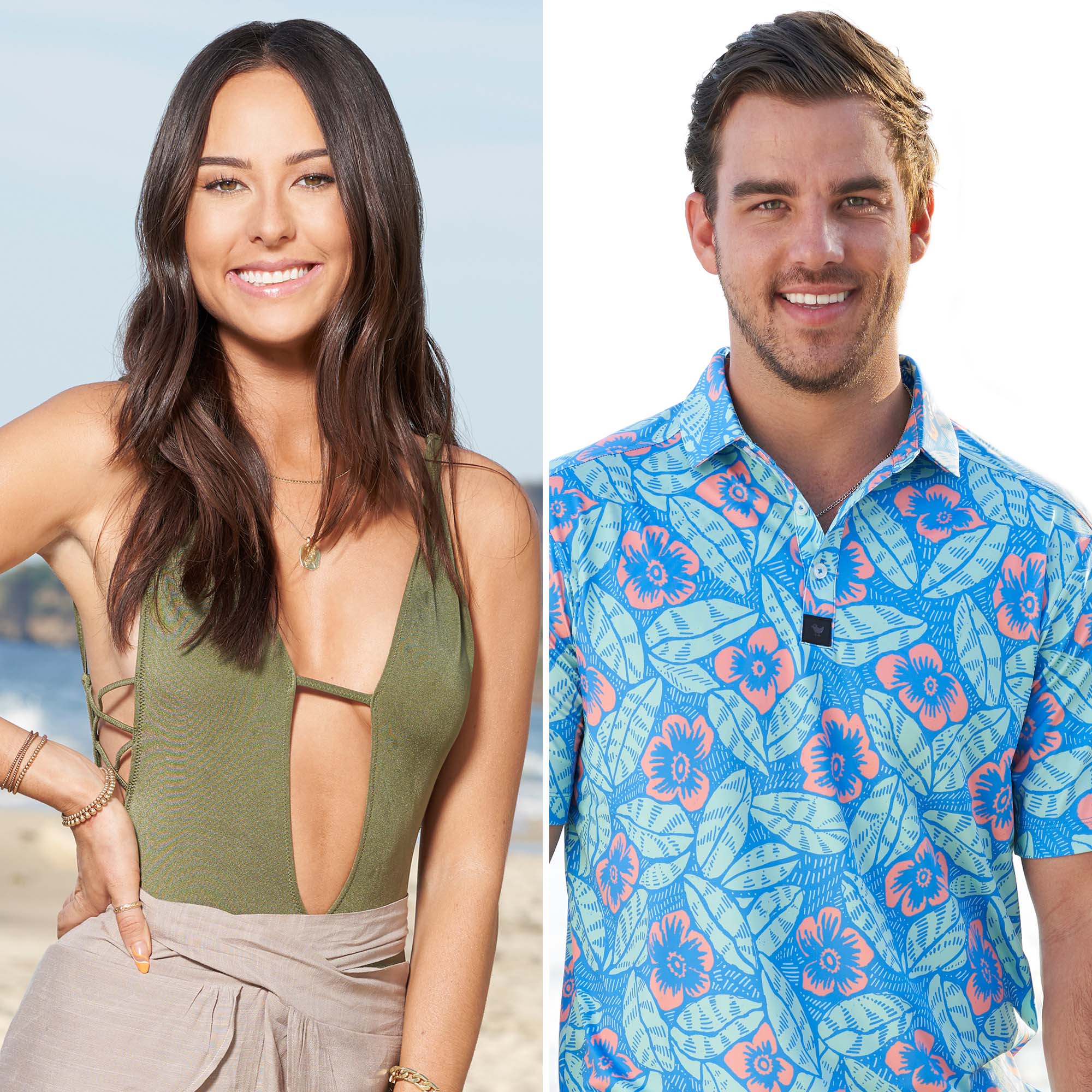 “[We’re feeling] all the pressure” about getting engaged, the nurse, 27, said on Us Weekly’s “Here for the Right Reasons” podcast. Abigail, 27, echoed those sentiments: “All the pressure. Like, every time I post something of us to no announcement, [the comments are] like, ‘We’re waiting for that engagement’ or ‘Put a ring on it.’”

She continued: “We kind of just block it out. Like, it’s not awkward with us … We talk about [engagement] a lot and just make sure we’re on the same page. But yeah, people just want things to move quickly.”

Though Noah joked that he and the financial manager would “make a great married couple,” they’re more than happy to just take things at their own pace. “I think we’re on the same page,” he explained. “We’re pretty, like, happy with [how things are]. That’s the biggest thing after the show, was [finding] our pace. … When I see something, I’m set on it, I’m all in. And then I, like, work toward it, but I’m not gonna [give in to the pressure].”

It’s easy for them to tune out the comments on their relationship, however, because they see it as part of being a Bachelor Nation couple. “It’s not just [us], it’s just kind of a Bachelor thing,” Abigail explained. “All the focus isn’t on us. Like, everyone’s getting pressure. So it’s almost less pressure too.”

‘Bachelor in Paradise’ Couples Who Are Still Together

Noah added: “[There’s a] little bit of pressure from family and friends, but it’s good pressure. … I’m happy. We’re gonna get there, but we’re having fun [right now]. We’re having a blast.”

Having some distance from their time on Bachelor in Paradise has changed the couple’s priorities, allowing them to enjoy their relationship without having to worry about a proposal. “It’s like a distant, fond memory. And now I’m like, ‘Where are we at now? What are we doing now?’” the Oklahoma native confessed, while promoting their partnership with MasterChef, which allows them to make their nights in together more special.

“Our focus is on our relationship, you know, the date nights — we’re using MasterChef and GrubHub for meals to switch it up,” Noah continued. “We’re trying to go try new restaurants all the time. We travel a lot. It was a good experience, but now it’s [the] real world.”

‘Bachelor in Paradise’ Couples Who Got Back Together After Breaking Up

Abigail and Noah are even grateful for their brief split on the show. “I think it made it more real. You step away — no cameras, no production, just you and somebody you like that were in a crazy experience in the real world,” he said. “I think it’s good. It makes it more real. You get to say, ‘OK, where am I at in real life with my own thoughts and my own time?’ And all that.”