After falling for Serena P. on ‘Bachelor in Paradise,’ Joe Amabile had to sit back and watch her date another man on the show’s Aug. 24 episode.

Thomas Jacobs arrived on the Aug. 24 episode of Bachelor in Paradise with a date card in hand. Even before Thomas’ arrival, some of the other guys from Katie Thurston’s season of The Bachelorette began warning the rest of the cast about Thomas’ villainous behavior on the show. However, it was a show veteran, Joe Amabile, who felt the effects of Thomas’ arrival first.

Joe hit it off with Serena Pitt on day one, and gave her his rose at the first rose ceremony. However, Thomas decided to ask Serena on the date with him, and — despite warnings from some of the other men — she accepted. This immediately gave Joe flashbacks to his last time on Bachelor in Paradise (season five). He was with Kendall Long on the show, but she was open to exploring other options throughout the season. Although the two did end up together after filming, they wound up breaking up in Jan. 2020. 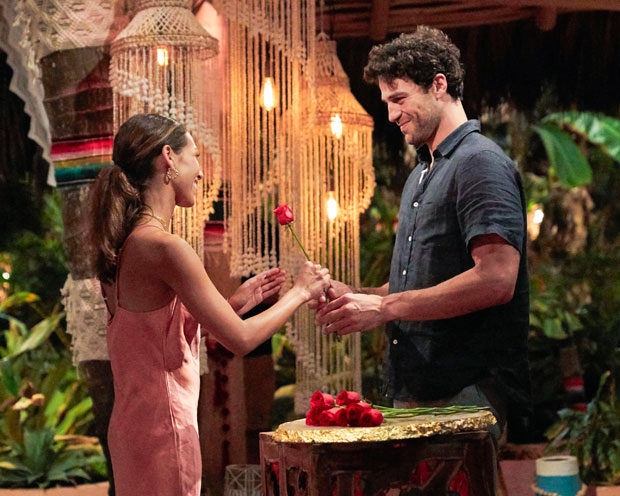 “I think Serena P. and I really have a connection, so if she went on the date, I’d be a little upset,” Joe admitted to the other guys. “I’d never tell her not to do it. From what I hear from you guys, he doesn’t seem like the best of guys, but I’d have to meet him personally. I can’t be mad at her to go on a date. We already talked about that.”

After accepting the date with Thomas, Serena made sure to pull Joe aside to let him know. “I really like you and I feel good about us,” she assured him. “But it’s still really early and I said I was going to come down here and be open.” In a confessional, Joe added, “This feeling sucks. I’ve been through it before. So this is gonna be a long day, I can tell. I could probably lose her today, which would suck. I don’t want to have to go through that again. It’s really not worth it for me.”

For Joe, the whole situation was reminiscent of his first go-around on Paradise. “Last time in Paradise I ended up dating Kendall on the show, and this guy Leo walked in, they went on one date, and it’s a sucky feeling knowing somebody you really like and you see a potential future with go out with somebody else,” Joe explained. “it’s just not a good feeling and this is exactly like last time.”

On the date, Serena and Thomas had some fun with water sports, and she admitted that she was “very physically attracted to him” right off the bat. It wasn’t long before they were kissing in the ocean.

Keep refreshing because we’ll be updating as this plays out on the show!