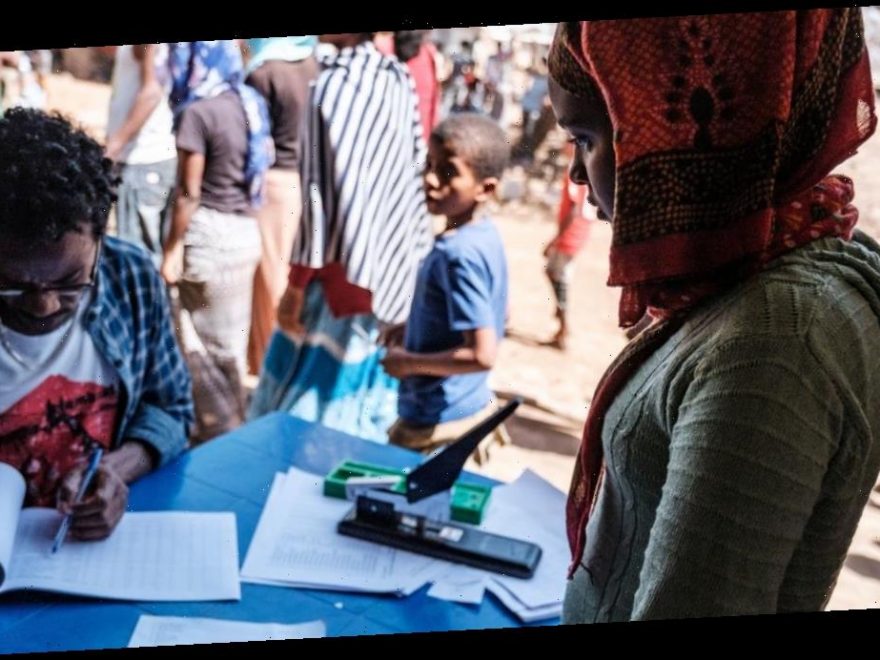 The Biden administration told Congress on Friday that it is proposing to increase the refugee cap for the current fiscal year from 15,000 spots — a historic low set by President Trump — to 62,500 spots, two people familiar with the plan told CBS News.

President Biden said on Thursday that he had directed the State Department to make a “down payment” on his commitment to resettle up to 125,000 refugees during fiscal year 2022, which starts in October. Quadrupling the current cap with eight months left in the fiscal year and a decimated resettlement infrastructure would be an ambitious effort.

Mr. Biden’s administration still needs to formally consult Congress before officially raising the refugee ceiling, which is a target and does not require the government to receive an exact number of people. CNN first reported the Biden administration’s proposal.

The U.S. has so far admitted 1,500 refugees during the current fiscal year, according to State Department data distributed to resettlement agencies. The United Nations estimated last month that more than 1.4 million people fleeing violence, persecution and armed conflict around the world are in urgent need of resettlement.

Mr. Biden’s proposal would distribute 22,000 refugee spots for Africa, 13,000 for the Near East and South Asia, 6,000 for East Asia, 5,000 for Latin America and the Caribbean, and 4,000 for Europe and Central Asia, one of the sources familiar with the plan told CBS News. The remaining 12,500 spots would not be allocated for specific regions.

Friday’s move is part of Mr. Biden’s early efforts to rebuild a U.S. refugee program gutted by the Trump administration, which dramatically cut refugee admissions after President Obama allocated 110,000 spots before leaving office. Mr. Trump and his advisers frequently depicted refugees as national security threats and as a drain on the U.S. economy.

On Thursday, Mr. Biden issued an executive order mandating an expansion of refugee resettlement, as well as a broad review of the program. He also revoked Trump-era directives that called for the “extreme vetting” of refugees and that allowed states and local jurisdictions to reject refugee resettlement in their communities.

The executive order said the Biden administration would focus on expanding resettlement options for women, girls and other refugees fleeing persecution stemming from their gender or sexual orientation. Mr. Biden also ordered officials to study the impact of climate change on migration and explore ways to resettle those displaced by it.

Founded in 1980 with broad bipartisan support, the U.S. refugee program offers humanitarian refuge to people abroad who have been persecuted, or have a well-founded fear of being persecuted, because of their race, nationality, religion, political opinion or membership in a social group.

Mr. Trump’s policies and cuts to the program prompted the groups that help the government resettle refugees to lay off staff, close offices across the country and lose federal funding. Experts have said the resettlement infrastructure will need to be rebuilt before the U.S. can receive close to 125,000 refugees in fiscal year 2022.

Meredith Owen, the director of policy and advocacy at the resettlement agency Church World Service, praised the proposed refugee ceiling, calling it “an important step toward returning the resettlement program to historic norms.”

“Hope has been restored to refugee families who have been waiting for years for safety — including refugees who were approved to travel and rejoin family in the U.S. before the program was slashed to all time lows,” Owen said. “We can’t wait to finally welcome them home.”