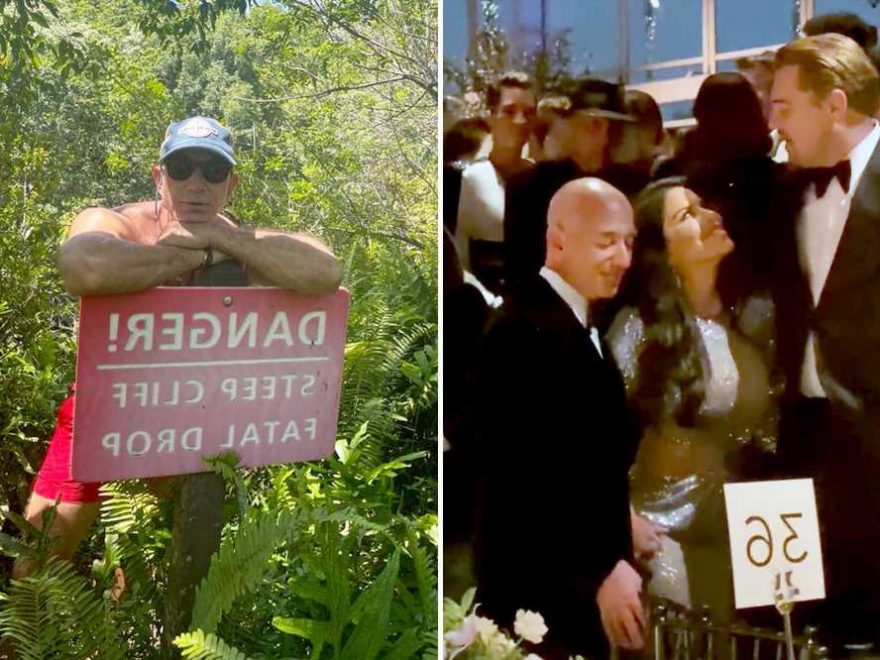 “Leo, come over here, I want to show you something…” Bezos wrote Monday, alongside an image of Bezos leaning over a sign that reads, “DANGER! STEEP CLIFF FATAL DROP.

Bezos’ tweet came in response to a video shared by Barstool Sports that showed Bezos and his girlfriend, Lauren Sanchez, at the LACMA Art+Film Gala in Los Angeles speaking with DiCaprio on Saturday.

In the video, Sanchez appears fixated on DiCaprio and he speaks to her and her hubby — the world’s second-richest man.

“Leo is Mr. Steal Yo Girl,” Barstool captioned the video.

In the video, a suave DiCaprio towers over Bezos and Sanchez, though it appears the actor was on some kind of elevated surface. DiCaprio is 5 ft. 11 in. tall, according to celebheights.com, while Bezos is 5 ft. 8 in.

Strangers on social media pounced on the video to mock Bezos — worth an estimated $202 billion. 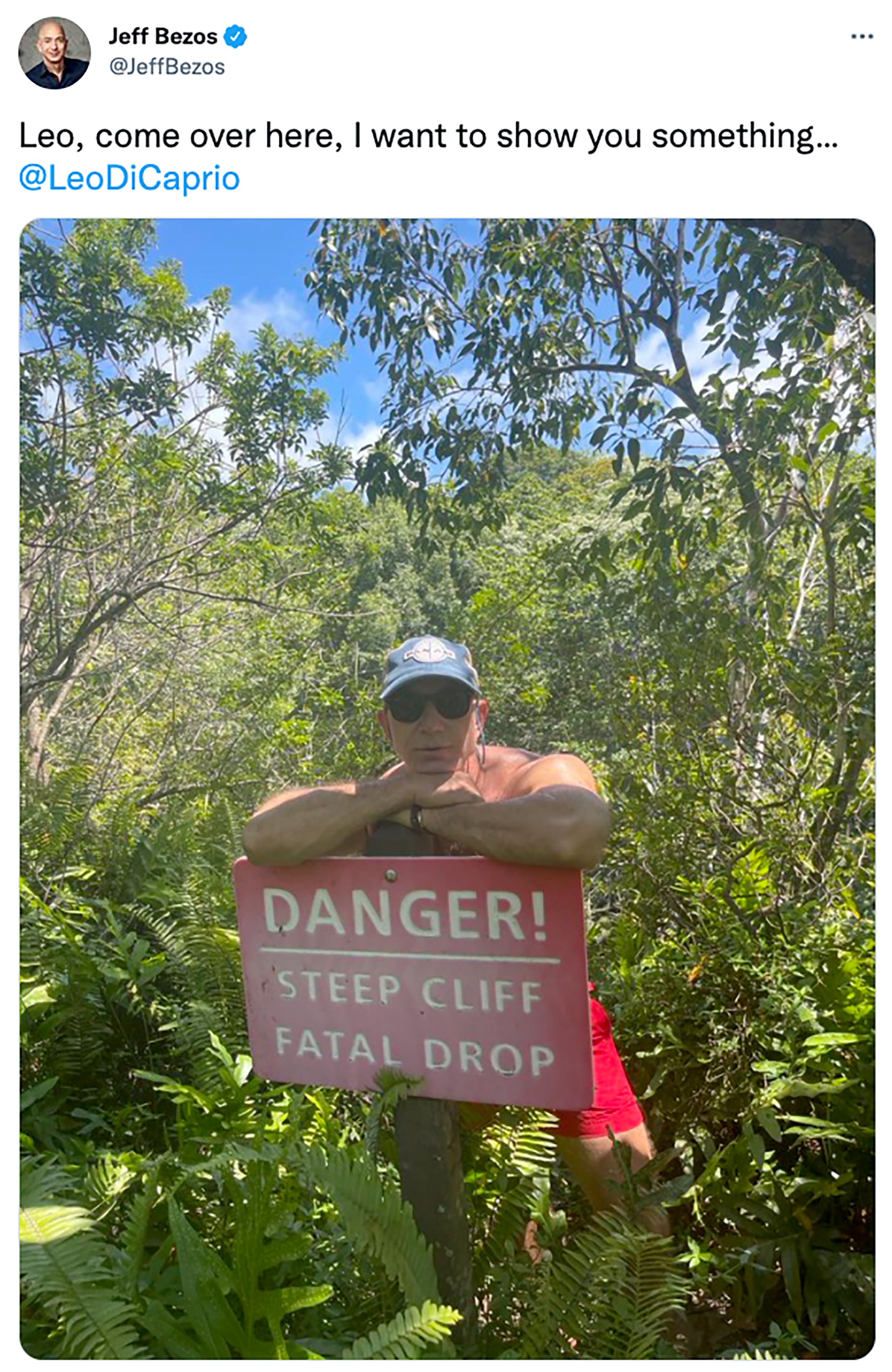 Comedian The Kid Mero wrote on Twitter, “BEZOS LOOKIN LIKE LEO BOUTA SEND HIM TO THE BAR TO GET HIM AND SHORTY DRINKS.”

User @MarchVeryOwn4 said, “Richest man in the world and ya girl still choosin.” 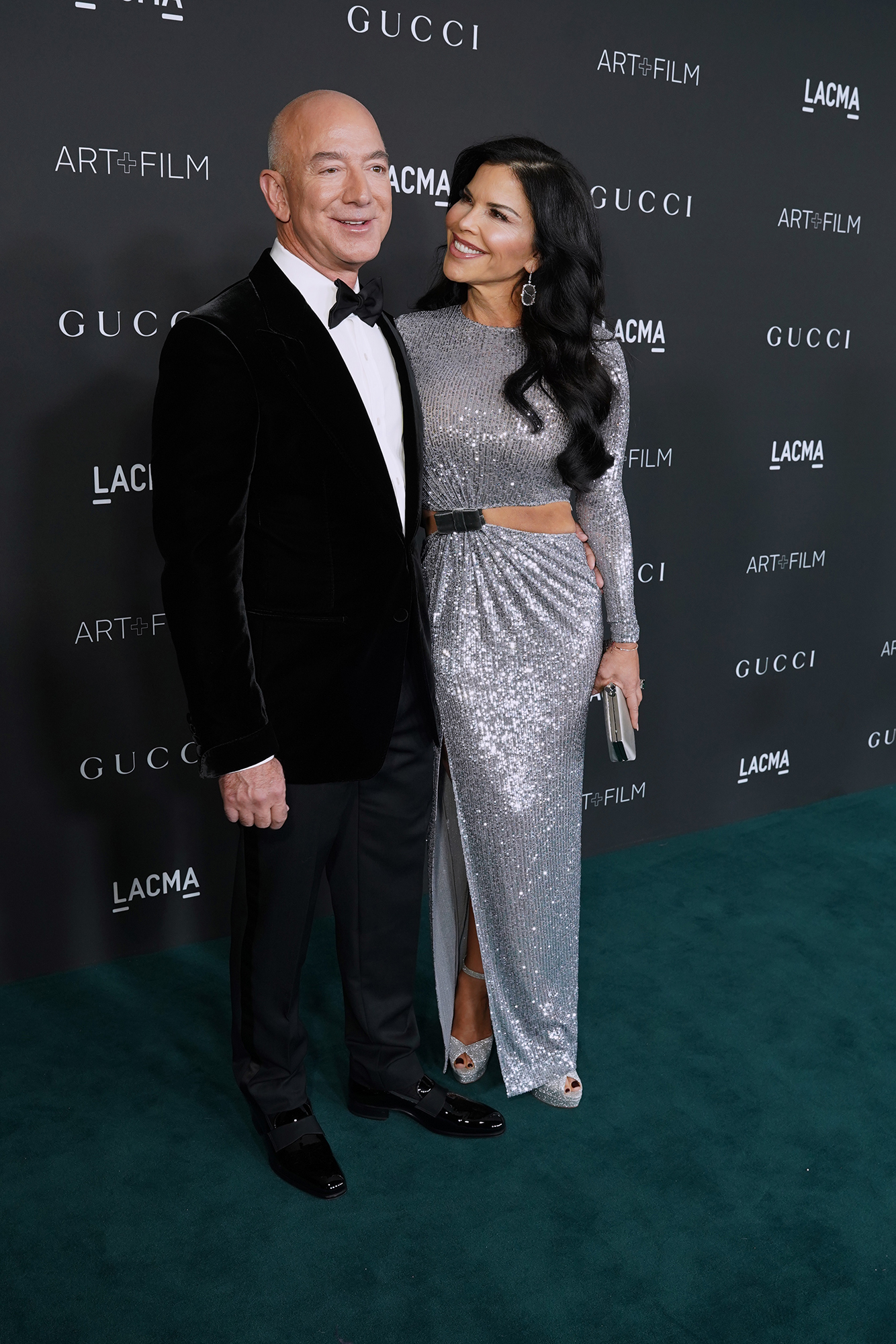 “Bezos really lift all those weights for nothing huh,” user @SB_Luncheon wrote, referring to Bezos’ bulking up in recent years.

Find you someone who looks at you the way Jeff Bezos’ girlfriend looks at Leo DiCaprio,” said @SwiftieatFifty.

Bezos and Sanchez, a TV host and helicopter pilot, had their relationship outed in January 2019, shortly after the surprise announcement that Bezos and his wife of 25 years, MacKenzie Scott, were divorcing.

Sanchez, for her part, posted on Instagram after the event, saying, “Beautiful evening last night at the @LACMA Art + Film Gala hosted by the amazing @1evachow and @leonardodicaprio.

“An amazing event that will benefit important museum initiatives, exhibitions, and programming for years to come.”