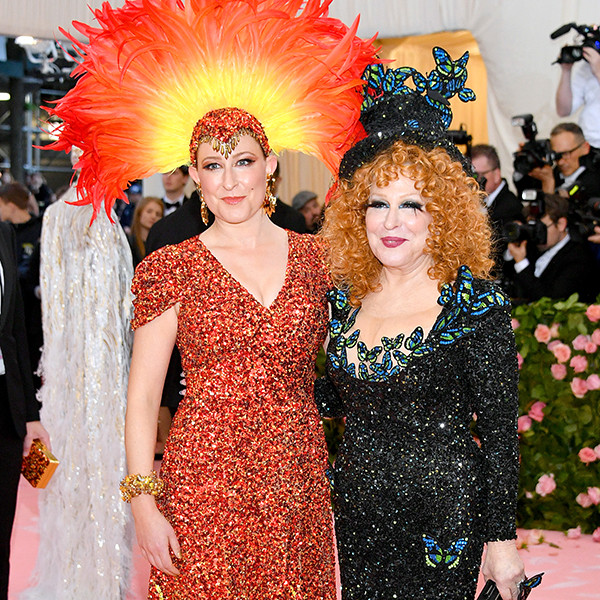 Bette Midler is throwing it back to her witchy Hocus Pocus days.

There’s nothing more “camp” than the singer’s character from the iconic Disney Channel movie. Her curly locks, zany top-hat and glittering black dress has fans of the movie gasping with joy at the sight of her Winifred Sanderson look. A sprinkle of blue and green butterflies fluttered on Bette’s floor-length gown, which was made of black glitter.

Her daughter Sophie Von Haselberg got in on the action, too, with her fiery orange look. Flames flickered from the bottom of Sophie’s dress, which was perfectly accented by a yellow and orange feathered headdress. Together, the duo made for quite the pair on the pink carpet.

The actress’ appearance on the carpet is very welcome considering that Bette is cited as one of the celebs who epitomizes the “Camp” theme.

In 2016, the Beaches star made quite the appearance with her shimmering black and silver dress, which was styled by Marc Jacobs.

To see all of the campiest Met Gala looks, check out the gallery above!

Don’t miss E! News Tuesday, May 7 at 7 p.m. for a full recap of fashion’s biggest night!