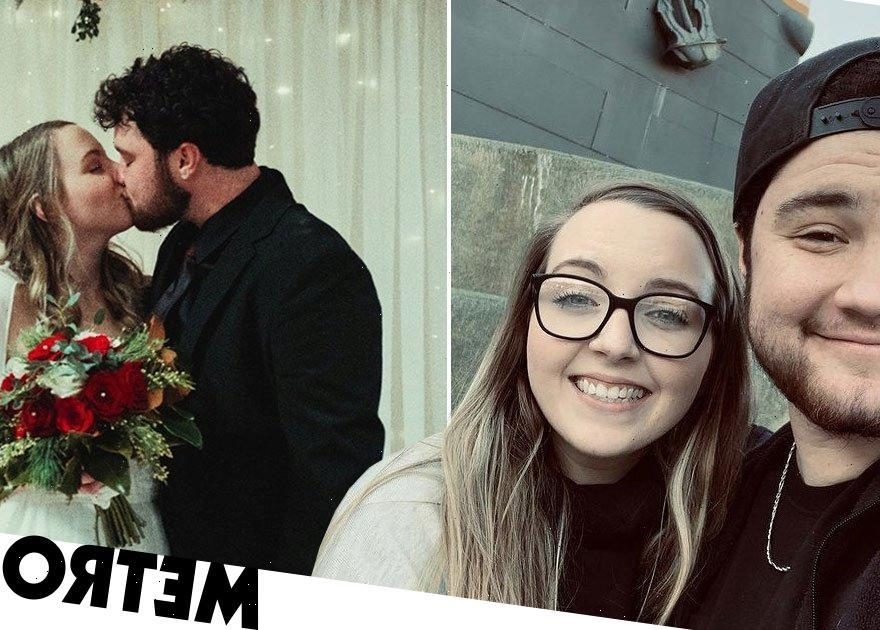 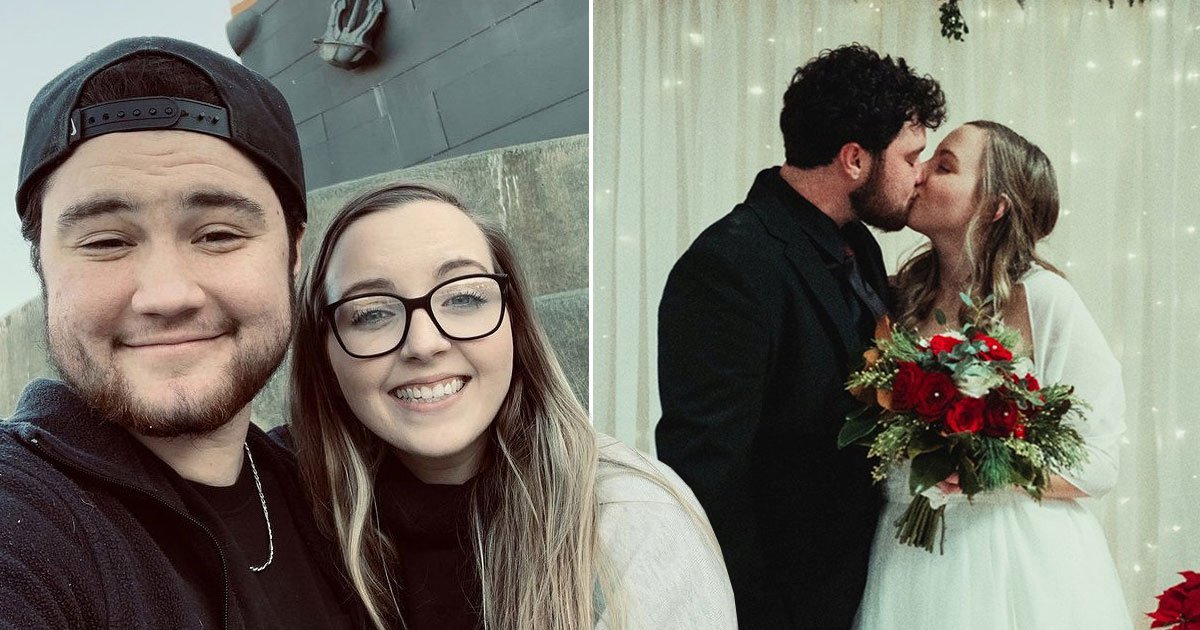 Aaron, 25, met his wife Kayla, 26, at school when he briefly moved to Tennessee for six months aged 14. They were both in eighth grade and at that point, they both presented as girls, and became best friends.

Not long after, Aaron had to move back to Oregon, to live with his family. But he kept in touch with Kayla via Snapchat and phone calls and despite the 2,200 mile distance, they stayed close friends.

When they were reunited six years later, they fell in love, and got married.

‘All the trials and tribulations I’ve been through to get to this point have been so worth it,’ media company owner Aaron said.

‘We had a connection that was instant, but our romantic relationship was a slower progression.’

Aaron credits Kayla with supporting him during tough periods, and said that she now even helps administer his testosterone supplements.

The couple say their years of friendship as kids is the foundation for their happy marriage.

‘Our relationship was built upon our friendship and I believe that’s what makes it so strong,’ Kayla, who jointly owns the media business, said.

Aaron was raised in a conservative household and, after realising he was gay at 14, slowly grew apart from his family.

His family attended church four times a week, and according to Aaron, their religion meant they disapproved of same sex relationships.

‘My early years were challenging because I knew from a young age I wasn’t feeling what others my age were feeling,’ Aaron said. ‘As I started to mature and go through puberty it became evident to me something didn’t feel normal and I started doing my own research.

‘Because of my background I never explored my feelings. I was so sheltered from the existence of the LGBTQ+ community.

‘When I came out gay at first, my family were extremely disappointed and they kept making excuses as to why I was saying these things.

‘They made me see the pastor at our church to try and “cure” my feelings, and they then started saying I was simply not praying hard enough.’

Things grew increasingly difficult for Aaron, and at 16 he got a job at McDonald’s so he could save up enough money to move out.

Once he left his family home Aaron then transitioned and started presenting as a man.

He got back in touch with Kayla, and they instantly rekindled their friendship. But, as they spent more time together, it became clear to Aaron there was a romantic connection.

‘While Aaron was away in Oregon, I kept up to date with his transition and what was going on with him all those years,’ Kayla explained. ‘When I finally did see him again, he gave me the biggest embrace and we both cried.

‘It felt really natural moving from being friends to being in a relationship.

‘Aaron was always the same person no matter what his name or pronouns were, so his transition didn’t affect our relationship in the slightest.

‘We always had a connection that felt deeper than just friends, and although I didn’t understand it when we were younger, it all started to make sense when we were reunited after Aaron’s transition.’

And after meeting a handful of times, Aaron plucked up the courage to kiss Kayla to see if his feelings were reciprocated.

Thankfully, she felt the same, and the rest, as they say, is history.

‘I’m incredibly blessed to have Kayla as my wife and for her to have loved me no matter what gender I presented as,’ Aaron said. ‘Plucking up the courage to kiss her was huge, and when she kissed me back I’d never felt so happy.

‘I’d felt this way since the moment I met her and to have her as my wife now is a dream come true.

‘Unconditional means without condition – and her love for me was, and still is, just that.’

The couple got hitched in 2021 and invited some of their school friends to celebrate the day with them.

Aaron has been documenting his journey on social media, and is now speaking out to help others.

Along with running his platforms, Aaron also uses his media business to work with other LGBTQ+ organisations and help them with their online presence.

‘My goal is to help educate my following so they’re open hearted when meeting other transgender people,’ Aaron said. ‘If people understand what it means to be trans they’ll naturally be more accepting, and that’s what drives me to do what I do.

‘I just want to keep spreading my message and offering support to the trans community in any way I can.’