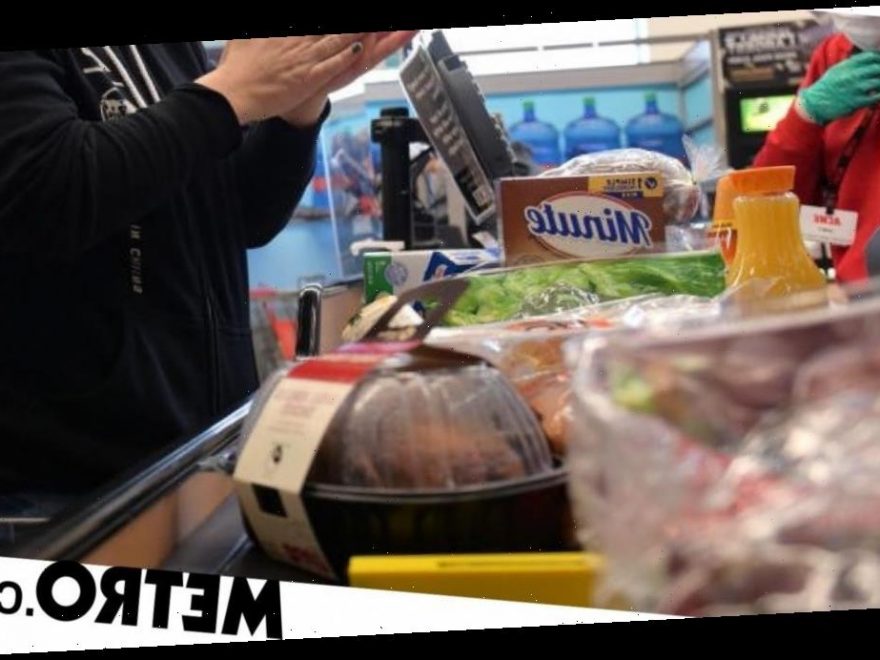 I’d just returned to the checkouts after my lunch break when a group of customers came to my counter.

Eight adults, three transactions and not a single one of them was wearing a mask.

Despite signs around the store reminding people to follow social distancing guidelines, the family were standing at the points of the checkout where there was no protective screen between me and them, as they shouted at each other over me.

It was incredibly uncomfortable. I could practically feel one woman’s breath on the side of my face as she leaned around the screen to speak. I became more and more uneasy as a feeling of claustrophobia set in.

After a few minutes of trying my best to be polite, I couldn’t take it anymore and mumbled ‘sorry’ as I walked away. My supervisor had to finish serving them while I calmed down.

So when supermarkets announced they would be putting tighter restrictions in place, I breathed a sigh of relief.

The UK’s four largest supermarkets – as well as Waitrose – announced that entry to their stores would be declined to those who refuse to wear a face covering unless they are medically-exempt.

This follows the Government expressing concern that supermarkets were becoming places where the virus could be easily spread and Boris Johnson warning that restrictions may have to be tightened if ministers feel lockdown rules ‘are not being properly observed’.

I started working at my local supermarket in November after failing to find a graduate job due to the pandemic and have since watched people continually disregard the safety of both other customers and staff by not following the rules.

Nobody should have to risk their health in order to go to work. But recently, as more and more people seem to be ignoring government guidelines, I feel like I have been.

While I feel sorry for the small proportion of people who genuinely cannot wear a mask and whose shopping experience may be made more difficult if they have to prove why they can’t, it seems the vast majority of people don’t wear them simply because it’s an inconvenience.

Those with genuine disabilities should, of course, continue to be exempt from wearing a mask, but those who have so far abused the system for their own benefit need to start following the guidelines put in place to protect themselves and others.

I’ve seen a family passing a medical exemption lanyard around between visits. A mother who wore a mask on one visit was wearing her son’s sunflower lanyard – an item designed for those with hidden disabilities to indicate to others that they may need additional support or cannot wear a face covering – the next.

In attempting to enforce the guidelines already in place, customers have mocked me time and time again, laughing at me when I tell them to put their mask back on and rolling their eyes when I ask them to practice proper social distancing.

I want to scream at them to stop being so selfish, to see some sense and think about people other than themselves. But I don’t. If they won’t listen to the government and medical professionals, it would be deluded to think they’d listen to me.

It’s incredibly deflating to see people constantly flouting safety measures and putting others at risk, particularly considering that the UK recorded its highest daily death toll since the start of the pandemic yesterday.

As case numbers remain high, the reckless behaviour of customers in my store has made my health-related anxiety skyrocket. I have myalgic encephalomyelitis (ME) – more commonly known as chronic fatigue syndrome – a long-term neurological condition characterised by extreme tiredness, pain and post-exertional malaise.

It also affects my immunity and I struggle to recover when I get sick. During my first year at university, I caught the flu and was too unwell to return to my studies for over two months. I don’t like to think about how long it would take me to recover if I were to catch Covid-19.

A US study found that supermarket workers in customer-facing roles are five times more likely to test positive for Covid-19 as other professions. Given the ignorance I’ve faced by customers in the past two months, it doesn’t surprise me.

I’ve been taking every precaution I can to protect myself.

I put my mask on while I’m still in the car and don’t remove it until I’m back behind the driving wheel. I wash my hands whenever I can and apply hand sanitiser so frequently my hands are red and raw.

But there’s only so much I can do when other people flout the safety guidelines so regularly. It often feels like customers forget that supermarket employees are people too with our own health conditions and for whom catching the virus would be devastating for our health.

But supermarket workers are just like everybody else, trying to get through the pandemic as best we can. The least you can do is to not put our lives at greater risk.