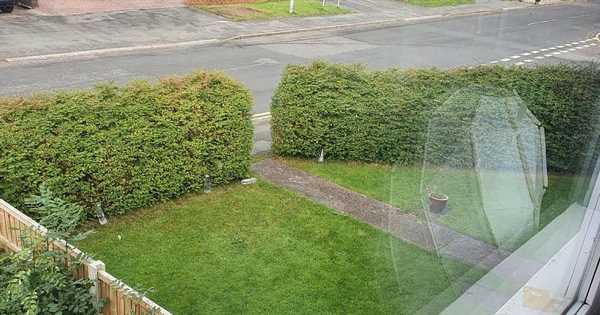 We all have that one neighbour who piques our interest – with loud arguments or a strange routine, perhaps.

And that was certainly the case for one homeowner who was left baffled after strategically placed water bottles kept appearing in under a hedge their neighbour's front garden.

Confused, the homeowner took to Reddit in search of help in solving the mystery.

They wrote: “I've noticed over the last few weeks that my neighbours keep putting bottles of water at the bottom of their hedge, for the life of me I cannot figure out why – any ideas?!”

A picture of their neighbour's front garden, with four plastic bottles lined up against the bottom of the hedge, accompanied the post on the Casual UK board.

People rushed to the comments to offer their thoughts – and surprisingly, the most popular explanation was a cat deterrent 'hack'.

Luckily, one user offered some insight: “I believe the intention is that the sun reflects through the water and the glare scares cats.

“People forget that we don't have much of this so called "sun" in the UK so it's no surprise that it fails.”

Another added: “Old superstition that bottles of water scare cats away.”

The theory goes that if you put bottled water around your hedge, cats get startled by the glare from the sun reflecting in the liquid through the transparent liquid.

The hope is that they then flee from the garden.

Ultimately, the idea is to prevent the pesky pets from leaving unwanted 'presents' (wee and poo) on the lawn or in flower beds.

However, some people are not so convinced that the old wives' tale actually works.

One user admitted: “I have never seen this work on a single cat, including my own who are utter morons.”

Someone else added: “I did this to stop cats s***ing in my garden. The next day there was a s***on the bottle.”

A third added: “Yep. We put an old mirror across the back of our veg patch to try and stop a cat s****ing in it. Few days later looked out of the window and the cat was literally staring at itself in the mirror and s****ing.”