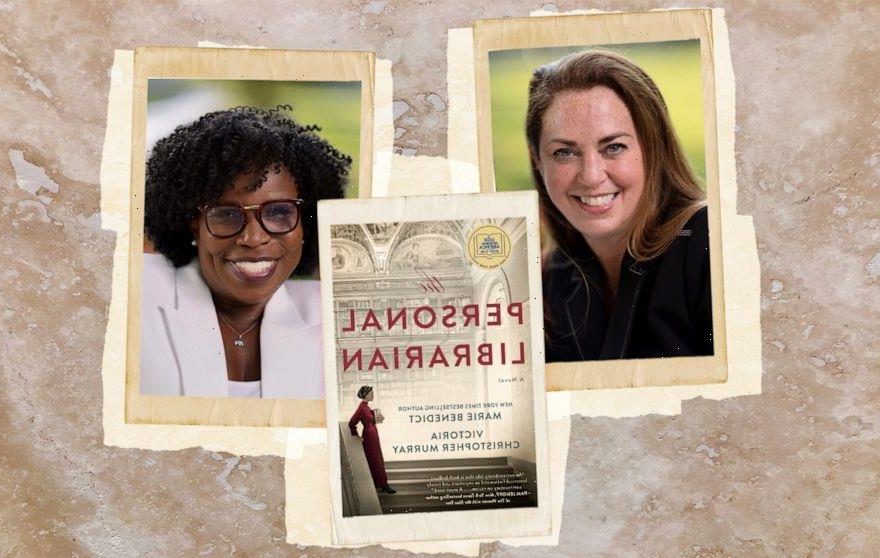 If you’re looking for your next historical fiction novel, pick up “The Personal Librarian” by Marie Benedict and Victoria Christopher Murray.

Belle became a fixture in New York City society and one of the most powerful people in the art and book world. But she hid a secret. Greene was forced to hide her identity and pass as white.

“GMA” spoke with Murray and Benedict about their new novel — which became an instant New York Times bestseller — why it was important to tell Belle’s story and how the writing process of their book created a lifelong friendship between the two authors.

The author’s discovery of Belle da Costa Greene’s story begins where she built her legacy: The Morgan Library.

Twenty years ago, Benedict, a New York City lawyer at the time, said she would often go to the Morgan Library during her breaks. It was there that Benedict learned about Greene, the role she played in the formation of the library and how she served as a director there for 43 years.

“I had started to think about writing and I kind of always kept her in my mind as a possibility,” Benedict told “GMA.” “But the more I researched her, I didn’t know initially she was passing and I learned about her family, her rich heritage from her mother’s side, the Fleet family.”

33 books to heat up your July

Greene’s father was also a trailblazer in his own right as the first Black graduate of Harvard and an advocate for equality.

“I knew once I learned that, it wouldn’t be right or appropriate really for me to write the story on my own,” Benedict said. “Belle really deserves to have a Black woman tell it as well to be my partner in writing it.”

Benedict said she immediately knew who to tap for the project after reading “Stand Your Ground,” a novel written by Murray about the killing of young Black men.

“I thought, wow, I really hope she wants to write this book with me,” she said.

But getting Murray on board would be a challenge. Not because Murray was caught in another project at the time, but because Benedict had buried the lede of what her book was really about.

“The first page was about JP Morgan,” said Murray about Benedict’s book proposal. “I wasn’t interested. But then the second page got to Belle and I was a little bit more interested. And then the hidden line was that no one knew she was African American the whole time she was working with JP Morgan. I was so in, I could not call my agent fast enough.”

After one phone conversation with Benedict, Murray was convinced that the two of them could do Greene’s story justice in a novel.

Writing during the BLM movement

It wasn’t lost on Benedict and Murray that the writing process of “The Personal Librarian” collided with the civil unrest taking place across the country last year. As race became a big part of the novel, it also became a part of their everyday discussions as they worked on Greene’s story.

“Here we were, a Black woman and a white woman, talking honestly in a way I had never talked to anyone who was white before about race,” Murray said. “And it was every single day. I was able to talk to Marie about the microaggressions that I suffered through every day and all of those things and see in real-time her shock at all of that and not knowing. As we were writing this book, we developed a deeper bond because we were able to have deep discussions about race.”

Benedict said she learned a lot from Murray in the writing process of the book and through Greene’s story about passing.

“I learned so much in the process of writing this, the research, our conversations, talking about Victoria’s family experience with passing,” said Benedict. “I learned so much about passing itself that I really had no concept, no notion, in particular the sacrifices that people had to make.”

Some of the sacrifices Greene made to hide her identity included not getting married, cutting off extended family and not having children of her own. Based on the research Benedict did on Greene, she said if she were to have any of these things, it would reveal her true identity.

Murray said she came to understand passing and the struggles behind it.

“It’s not something that is accepted in the African American community,” she said. “A lot of people look down on it. And I hope this book will show them that there was a reason.”

Benedict and Murray hope “The Personal Librarian” will bring book clubs together to have discussions about race.

“If it can spark honest conversations, the sort that we had all the time, it will allow people to bridge the gap that divides us and maybe just maybe kind of change the lens through which we look at the past.”

With the success of their first novel together, Benedict and Murray have a new novel underway.

This time, the two authors are exploring the friendship between Eleanor Roosevelt and Mary McLeod Bethune, who was a Black educator and activist.

“They became friends before FDR became president and their friendship was the subject of much protest,” said Benedict, who explained how it was unheard of during the 1930s and ‘40s for a Black woman and white woman to be friends. But Roosevelt and Bethune came together to work on issues such as education and equal rights.

“Victoria and I are excited to explore the importance, the transformative power of friendship,” Benedict said. “These two women really crossed a lot of racial lines in order to have the friendship that they had and they allowed … They were the first allies in some ways. I’m sure there were others, but they really had to come together and have those difficult, awkward conversations that really require trust and honesty and that ability to look at the world through somebody else’s lens.”

Benedict said that in some ways their new story reflects her friendship with Murray, which is something they’re both grateful for.

“Victoria is my writing soulmate,” said Benedict. “For us to come together, it’s been more than just a writing partner. It’s been a friendship and a sisterhood that transcends the book itself.”

‘This has been the experience of a lifetime as a writer,” added Murray about how this past month has been a whirlwind for the both of them with the success of their novel. “I was thrilled to be doing this with Marie.”

“The Personal Librarian” is available now wherever books are sold. Get your copy here and read an excerpt here.

See more of our conversation below for some of Benedict’s and Murray’s book recommendations:

What was the last book you read?

Murray: I just finished “The Other Black Girl” by Zakiya Dalila Harris.Benedict: Me too!

What book inspired you to become a writer?

Murray: For me, it was Richard Wright’s “Native Son.” I was a big reader as a child, loved to read. There was nothing better. But I had been reading books my whole life and it wasn’t until high school that I saw a Black man on the cover. And it was a librarian who had brought in the book for me. And I asked, what was he doing on the cover? Because I had never seen a Black person as a writer. And when she told me he was an author, it was like this dream I had for myself to now be realized because it was one other Black person in the world who was an author. And then the librarian at my high school just kept bringing in more and more and more books for me.

Benedict: My aunt was really the one who gave me the books that I needed to read and she gave me this book. It’s a fantasy book, but it was like something so incredible. It’s called “The Mists of Avalon” and it’s by Marion Zimmer Bradley. It was kind of revolutionary for its time, but what it did was it took the Arthurian legend, so familiar to all of us, King Arthur and the Knights of the Round Table. And it told the same events, same story from the perspective of the women: Morgan Le Fay, his sister, Guinevere, his mother — suddenly have these like, really familiar events. But they were completely different because they were told through the women’s eyes. And that book really changed my perspective. It made me realize really for the first time that hidden in stories and legend and lore and in history were all these voices that deserve to be kind of be brought out from the shadows and told.

What are some writers readers should know about?

Murray: Sadeqa Johnson. She’s someone who is not getting the accolades with her new book, “Yellow Wife.” And a writer that I can’t wait to read — it’s on my to-do list, is Vanessa Riley with “Island Queen.”

Benedict: Helen Oyeyemi. Right after I read “Yellow Wife,” I read “Boy, Snow, Bird.” She does a retelling of fairy tales, really legends in a very modern way, although they are historical fiction as well, almost with magic. It’s really genre-defying. And personally, one of my favorite works of historical fiction is called “Homegoing” by an author named Yaa Gyasi, who I just love. She also wrote “Transcendent Kingdom.”

What is a book everyone should take with them on summer vacation?

Benedict: That’s a great choice! Everyone should have that at the top of their stack. Yeah, I recommend “The Personal Librarian.”